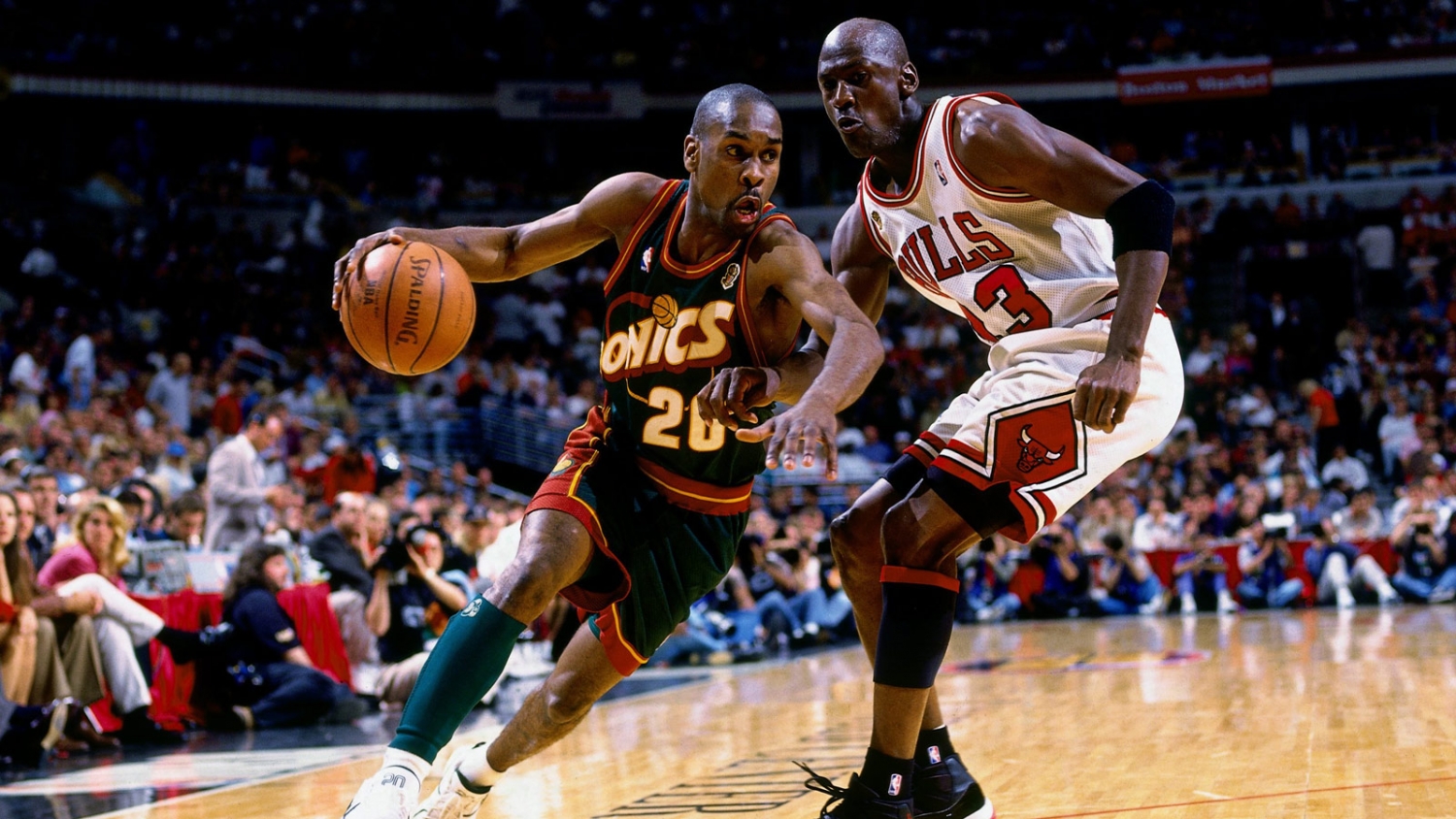 Throughout the history of the National Basketball Association (NBA), a combination of market demand and well-timed business investment has resulted in the addition of twenty-three expansion franchises, planting roots in various cities throughout the country.

As of April 2019, the most recent league expansion took place in Oklahoma City in 2008 after the dissolution of the Seattle Supersonics (Sonics), preceded by the birth of what was then known as the Charlotte Bobcats in 2003.

With the league’s meteoric growth in recent times and potential for further explosion in value, now’s as good a time as any for the league to take advantage of prior wrongs and economic opportunities.

It’s time for the NBA to expand one final time, with three contenders for two final spots:

Louisville: a small-market (but big basketball) town already acquainted with a long, rich college basketball tradition and a brief flirtation with professional basketball in the 1970s-era American Basketball Association (ABA); and

Seattle: a city with nearly a half-century’s worth of professional basketball history, centered around a Sonics franchise that has controversially remained dormant since 2008.

With the league’s final expansion to 32 teams, the need for balance will inevitably be required, so we will explore a series of initiatives in order to ensure conference realignment and competitive balance.

But first, Part I.

15 June 2014: Imagine, for a moment, that you’ve been whisked back to a warm summer evening in San Antonio, Texas. To be more exact, let’s say it’s mid-June, the fifteenth day.

You find yourself in a cathedral of athletic exploits, known to the locals as the AT&T Center.

All the lights are zeroed in on a rather conspicuously-delineated court, and ten of the world’s greatest athletes are engaged in the highest level of competition.

You look at your phone and realize that you’ve moved back five years into the past, which means that you’re at Game 5 of the 2014 NBA Finals between the visiting Miami HEAT and the San Antonio Spurs.

As usual, LeBron James is playing like a man possessed, scoring seventeen points to close a 29-22 first quarter, his HEAT with the advantage.

But as has been the case throughout this particular series, the Spurs are playing at an otherworldly level of basketball that, unfortunately for LeBron, the HEAT are unable to withstand for the third straight game.

It’s a brand of basketball that would change the NBA forever.

For the final time, a herculean 31-point, 10-rebound, 5-assist LeBron James performance would go to waste as the Spurs would run away to a dynasty-breaking 104-87 victory, clinching their fifth championship and ending LeBron’s Miami HEAT career in the process.

If you’ve been following the Five Reasons Sports Network, you probably already know this story. To quote Ethan Skolnick’s former radio segment, here’s the thing—unlike most franchises, fans of both the HEAT and Spurs have the unique privilege of following two of the NBA’s more stable franchises.

It’s true—the world-class reputation of the Miami HEAT and San Antonio Spurs has spanned decades now. Pat Riley and Gregg Popovich are among the Jerry Wests of the basketball world in terms of general reverence.

If you’re reading this as a HEAT fan, you should count yourself lucky: even after recent failed roster transactions—this season included—the HEAT have failed to qualify for the postseason only six times in the last 25 years. 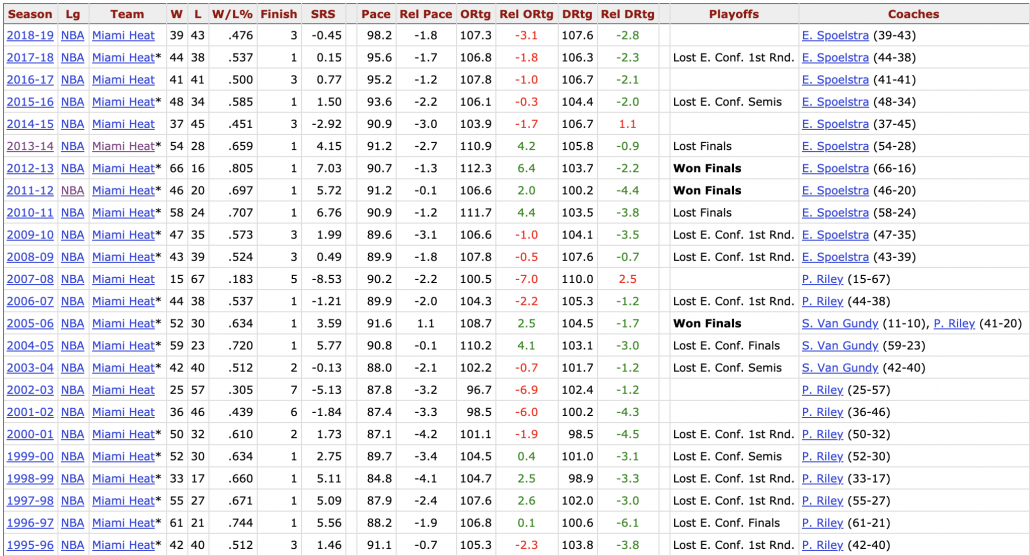 Stop me if you’ve heard this story before. Shaq. Dwyane. LeBron. Miami, like few teams like it, has almost always taken advantage of the opportunity to translate transcendent talents into championships.

That’s not always the case elsewhere.

Take the Los Angeles Lakers for example. Despite being able to sign the same LeBron James that left Miami for Cleveland in the Summer of 2014, led them to a championship two summers later, and departed two summers after that, the Lakers have been one of the poorer-run teams in recent memory.

We know know this after having witnessed them unceremoniously jettison talents like D’Angelo Russell to the Brooklyn Nets, Julius Randle to the New Orleans Pelicans, Brook Lopez to the Milwaukee Bucks, and, to a lesser extent, Ivica Zubac to the Los Angeles Clippers. Imagine them on this current Lakers roster.

Not even LeBron’s arrival could prevent yet another lottery season for the Lakers, their sixth since 2013. Magic Johnson, arguably the greatest Laker of all time, abruptly stepped down from his post as President of Basketball Operations on the day of Dwayne Wade’s last home game, citing a desire to “tweet more,” among other things.

But that’s another story.

As the league grew in size and popularity behind legendary talents like Wilt Chamberlain, Jerry West, Bill Russell, Oscar Robertson, and Bob Pettit throughout the 1950s and 60s, many more markets throughout the United States became more viable to host a professional basketball team.

1966-1980: many of the franchises we now know (or knew, in the Sonics’ case) as the Clippers, Trail Blazers, Jazz, Spurs, Nuggets, Nets, Pacers, and Mavericks were either born or merged into the league from the now-defunct ABA.

As the league swelled, franchise expansion naturally slowed from the nine franchises born in the first 14 years to the eight that rose up in the latter 27.

Upon expansion and further league development, teams like the Celtics, 76ers, Bulls, Knicks, and even the Rockets have all had their ups and downs throughout their respective histories.

But while there were high and low points, the only major changes that happened to these franchises in modern times were either in the front office, the team’s roster, or the venue in which they played their home games.

Besides the Sonics, no NBA franchises have dissolved since the ABA folded in 1976, taking with it the Virginia Squires, Kentucky Colonels, and Spirits of St. Louis, the latter resulting in its own historic buyout deal.

06 October 2014: The NBA announced that it expanded its partnerships with Turner Broadcasting System, Inc. and The Walt Disney Company through new, nine-year agreements under which ABC, TNT, and ESPN will televise NBA games beginning with the 2016-17 season and running through the 2024-25 season.

During the length of the contract, the NBA is reportedly set to be paid $24 billion, averaging $2.6 billion a year. The deal is worth far more than the one that was reached in 2007, which was worth around $930 million each year.

This means a significant investment in television revenue and exposure for the league and its players, especially with the growth of social media, streaming content, and the league’s embrace of modern pop culture and social issues, as evidenced by Commissioner Adam Silver’s swift handling of the Donald Sterling controversy.

With the opportunity for business now growing, this means that expansion is now back on the table as a viable option for the league for the first time since 2003, when the Charlotte Bobcats (now the Hornets) were born.

Sports Illustrated writer and legal analyst Michael McCann speculated that some of the larger markets in the United States, such as Louisville, Las Vegas, and Seattle (the latter already with a built-in basketball fan base) would make sense as expansion targets, should the NBA elect to go in that direction. 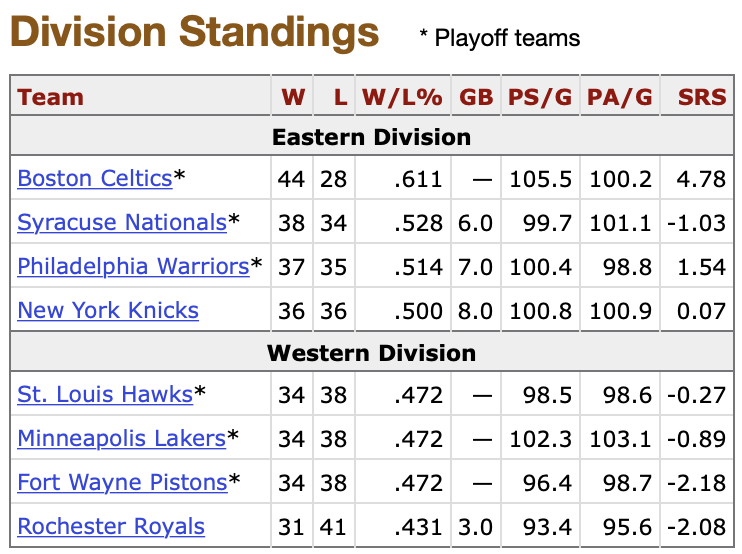 At the end of the 1956-57 regular season, the NBA only had 8 teams and 72 regular season games. Only two of those “Original 8” franchises—Boston and New York—are still in their original cities. The Syracuse Nationals are now the Philadelphia 76ers (1963); the Philadelphia Warriors now play in San Francisco/Oakland (1962), California as the Golden State Warriors; the St. Louis Hawks have since moved to Atlanta (1968); the Lakers are now based in Los Angeles (1960); the Pistons are now based in Detroit (1957); and the Rochester Royals have since moved to Cincinnati (1957), Kansas City (1975), then Sacramento to become the Sacramento Kings in 1985.

When you consider that there were only eight teams in the NBA by the time it was fully functional in in 1956 compared to today’s league of 30 teams, it’s easy to draw the conclusion that controlled expansion in the league (with a set cap) can actually be a good thing.

Enter Seattle: home of one of the 15 largest media and television markets in the country, where the Sonics played NBA basketball in front of a rabid fanbase for four decades.

The same Sonics that, when founded on 20 December 1966, became the first professional sports team in Washington state, well before the NFL’s Seahawks, MLB’s Mariners, and Sounders of MLS.

The same franchise that showcased NBA legends like Spencer Haywood, Lenny Wilkens, Shawn Kemp, Gary Payton, Ray Allen, and even a teenaged Kevin Durant (for one season), before being unceremoniously dissolved and taken away.

More on that later.

So here’s the million-dollar question: what if we brought back the Seattle Supersonics to the NBA?

Stay tuned for Part II: We’re going to play the long game with this one.

Born in Brooklyn and raised in Boca Raton, Ricky J. Marc is an alumnus of the Obama White House and Cornell Paris Institute, a former Florida Senate Legislative Aide, and a graduate of St. Thomas University with a Master of Science in Sports Administration, where he is also currently completing his Juris Doctor degree.