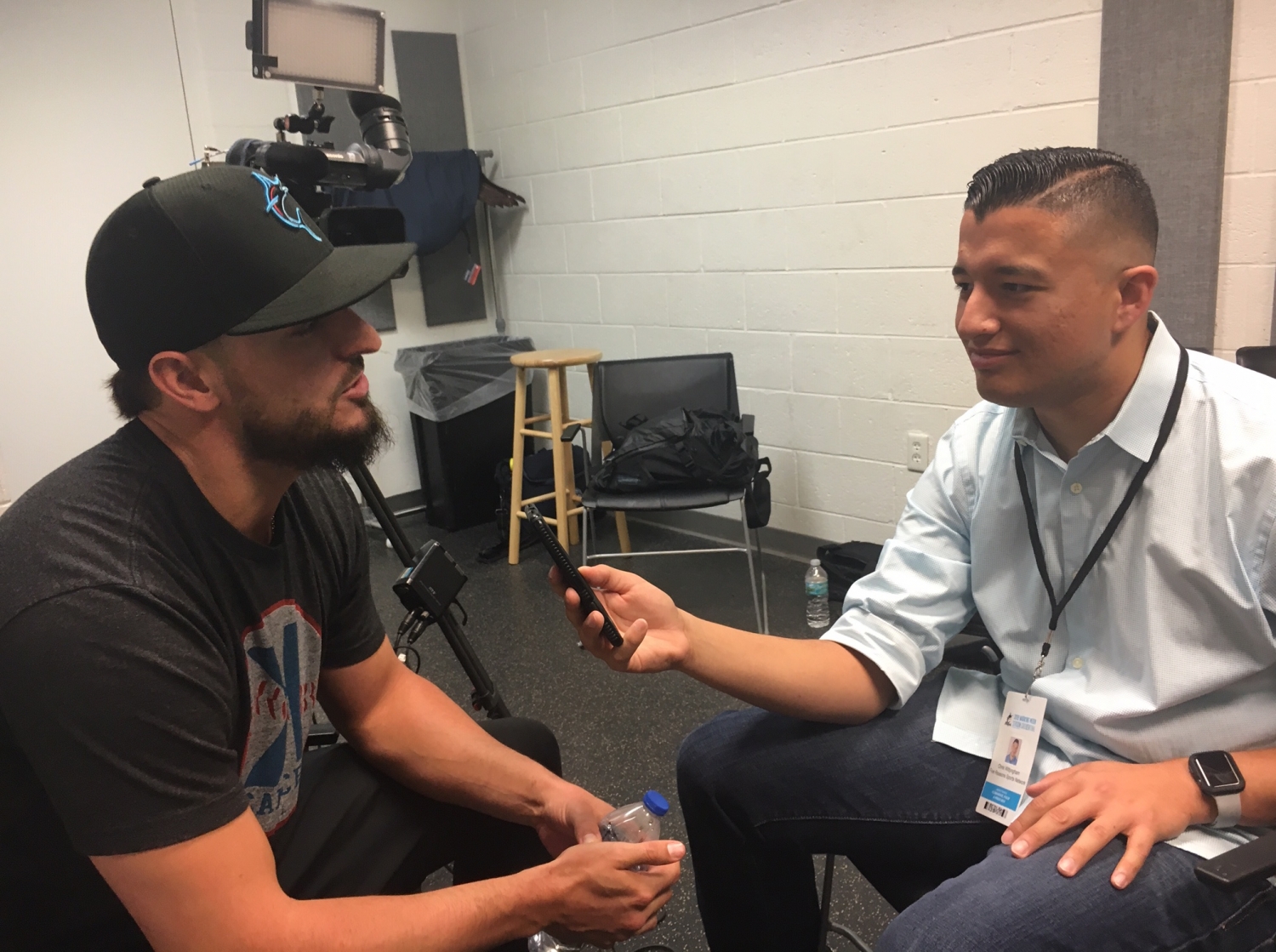 There is no better sports story in South Florida at the moment than Caleb Smith.

Most local fans aren’t paying close attention, because the Marlins as a whole are historically inept. But Smith, 27, has been a revelation before and now after lat muscle surgery, posting a 3-1 record with a 2.25 ERA this season, with a ludicrously high 64 strikeouts in 48 innings.

How is this happening?

We sat down with Smith for nearly 25 minutes Thursday at Marlins Stadium for a Five Reasons flagship podcast.

You can find the entire interview here:

Here are some highlights from Smith…

— What has created this breakthrough?

“Just filling up the zone really. Throwing all my pitches for strikes. Whenever I first got here, they pointed out to me that my stuff plays in the zone, I get a lot of swings and misses. Before I was kind of nibbling at the strike zone and not wanting to get hit hard. That’s ultimately the key, attacking the strike zone.”

— How is he striking out so many without great velocity?

“I don’t know. I guess my deception plays a lot into it. And I know that they don’t really see my fastball well. I’ve never really been an analytics (person), but I’ve heard that I have a pretty good spin rate, and that helps out too. And I’ve always struggled to work down in the strike zone. I’m better at it now. But I’ve always noticed that whenever I elevate my fastball in the strike zone, hitters don’t hit it that much. That’s what works for me now.”

— How do you deceive hitters? 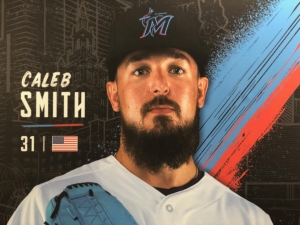 — You work yourself into a frenzy before you pitch?

“Honestly, I drink a lot of Red Bull and pre-workout. I try to stay relaxed all day, and when I go to the mound, it’s all business. I’m trying to win battles and I’m trying to beat everybody. I’m literally trying to strike out everybody. Every batter, I’m thinking strike this guy out. If I get a ground ball double play, I’m fine with that. But if I have a guy with two strikes and I don’t punch his ticket, I’m pretty upset with myself.”

— What is the burden of being an ace?

— How do you deal with the lack of run support?

“It honestly doesn’t affect me that much, because I’m going out there every time — every time I step out on that mound, my expectation is to go nine innings, no runs. I expect to throw zeroes up there. I hold myself to a very high standard, and I think you have to if you want to be great at this game. I’m not giving in to anybody and I’m going right after you.”

— Give one example of a time you have pitched with the Marlins that you were happy with yourself?

“Um, I haven’t yet. I haven’t gotten to that point yet. When I go a complete game with no runs, I’ll be happy.”

Can the Heat find another Justise or Bam at 13?
Scroll to top