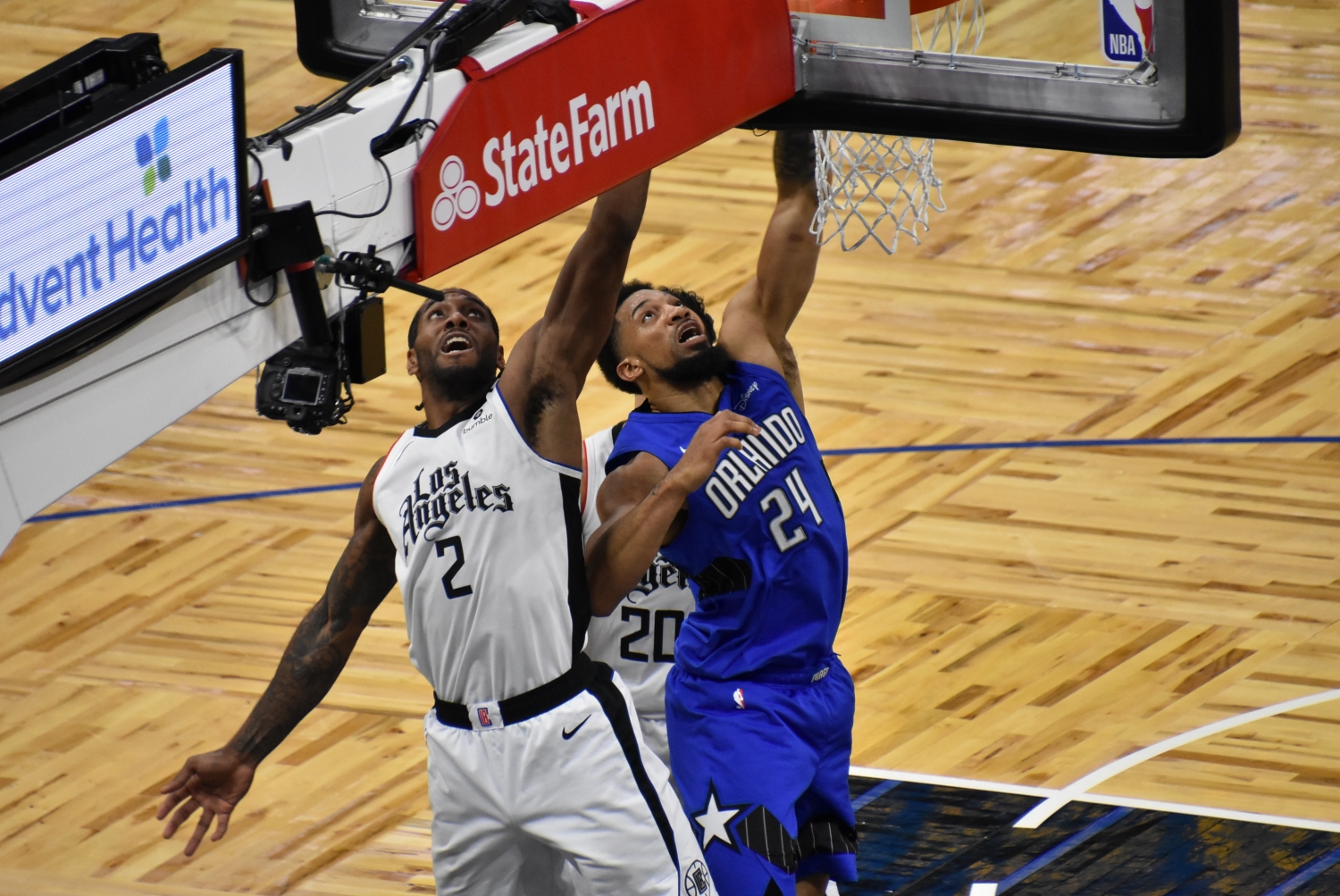 On a day filled with tears and shock after the tragic death of five-time NBA champion Kobe Bryant, no indication was given that league games on Sunday would be canceled.

“Sorry I don’t have a lot to say,” Clippers head coach Doc Rivers said in an emotional pregame press conference. “I have to go talk to a team before a game and tell them to play.”

The same man who once rallied his team following the release of Donald Sterling’s tapes during the 2014 NBA Playoffs was ready to galvanize the Clippers locker room once more. But not in the cliché ways many would imagine.

“We laughed and joked about the ‘Mamba mentality,” Rivers said. “We’re all gonna need it right now.”

Per the wisdom of Bryant, Rivers’ strategy paid off. The Clippers embraced their former crosstown nemesis’ legacy, overpowering the Orlando Magic 112-97.

Both teams began Sunday’s game by honoring Bryant with something uncharacteristic of the NBA legend: turnovers. Los Angeles’ 24-second shot clock violation and Orlando’s eight-second turnover paid homage to Bryant’s jersey numbers. The Clippers reversed their season trend of fast offensive starts, scoring only 26 points in the first quarter. And Kawhi Leonard earned only three points and one assist in the first 12 minutes after his slash-and-kick attempts did not create immediate success for his teammates.

Then the ‘Mamba mentality’ kicked in.

Leonard found his rhythm in the second quarter, scoring nine points within six minutes and 51 seconds of play. Leonard’s mid-range prowess mirrored that of Bryant’s as the Magic failed to find any answers to Kawhi’s 31 points.

“Knowing him personally, I know he’d want me to come out here and ball and still just be great,” Leonard said when reflecting on Bryant’s legacy. “No words can explain the impact he had on the sport.”

Despite Orlando’s 46 bench points — thanks to high-percentage penetration from Michael Carter-Williams and the post presence of Mo Bamba — the Magic struggled to find reliable scoring options.

Nikola Vucevic and Evan Fournier were limited to a combined 24 points. Fournier made 1 of 8 three-point attempts as the Magic shot 21.9% from beyond the arc. Their shooting troubles continued at the free-throw line as they only converted 22 of 32 foul attempts.

During pregame, Magic head coach Steve Clifford noticed how the news regarding Bryant dampened the spirits of his players.

“It’s just a different feeling for sure. You can sense it in the locker room. It’s a tough day for our league and sports fans and his family. There’s not many guys like him.

“Listen, I just told the guys this: We weren’t a team at the beginning of the season that was a going to be an offensive juggernaut anyway. We’re going to win or lose based on defense and rebounding more than anything else. We do have to score enough, but I think what has happened is…what I saw is we missed shots, and for the first time, it just sapped our energy, and it hurt our defense, and it hurt our physicality.”

Even before Kobe Bryant’s death left an understandably sizeable impact on the Magic, Orlando failed to improve to a .500 record. The Magic are 4-6 through their last 10 games, and five of these losses were decided by 10 points or more. Since Wednesday, their past three home games resulted in double-digit defeats to the Clippers, Celtics, and Thunder.

Forward Michael Carter-Williams feels it will require more than honoring Bryant’s legacy to change the direction of Orlando’s season. To him, everyone in a Magic uniform performing consistently — regardless of the possession and quarter — will matter most.