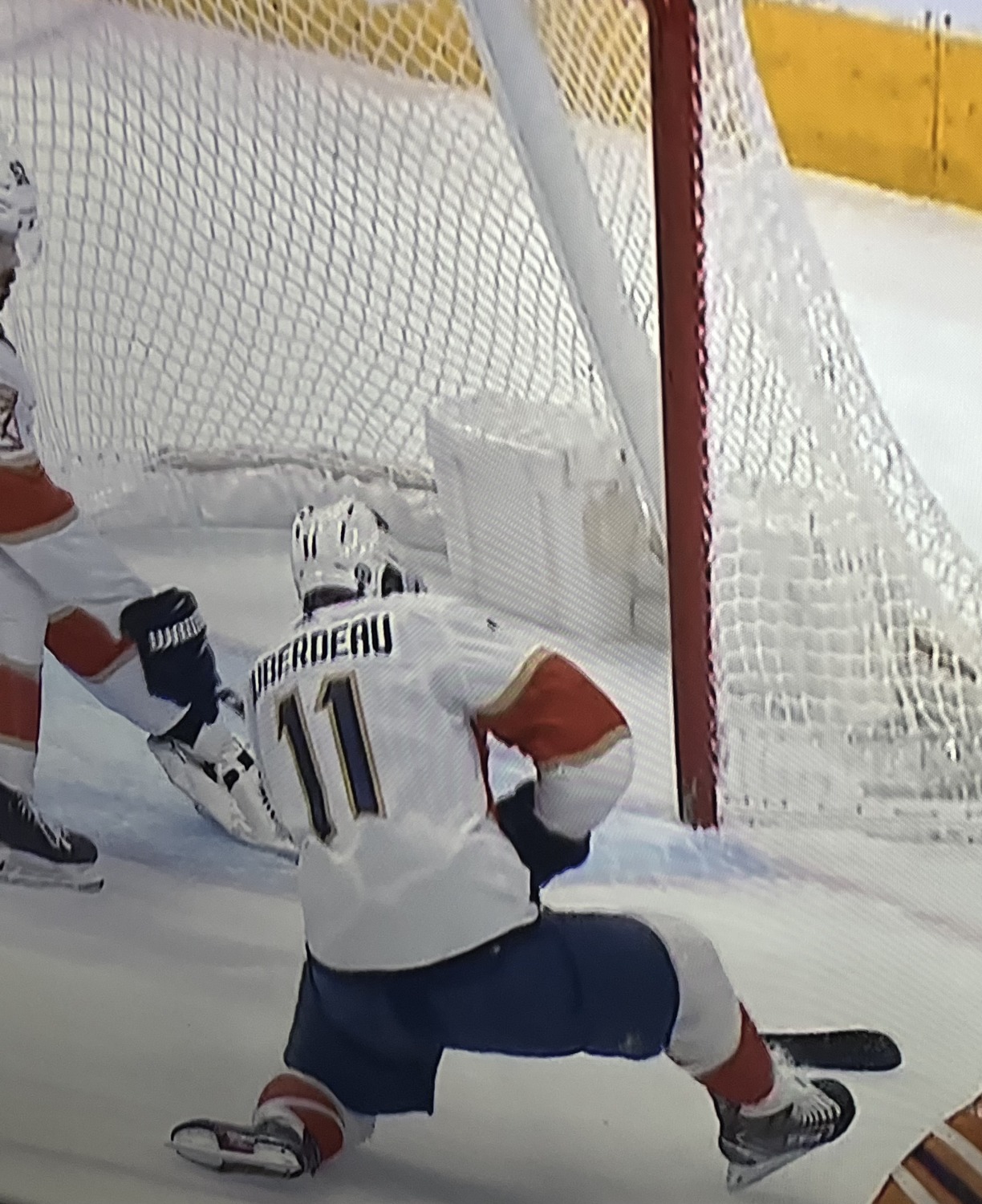 Two nights following Florida’s 5-1 loss to Calgary, they were back in Alberta to face the Edmonton Oilers.

Despite a slow start to the game, Florida opened the scoring and didn’t let the Oilers back in the game, defeating them 6-0.

Sergei Bobrovsky kept them in the game

The first period play by the Panthers doesn’t correlate with the final score of the game. Edmonton looked miles better than Florida in this period and they had numerous chances to take the lead.

The one man standing in their way was Sergei Bobrovsky. Edmonton had 17 shots in the first period, including a few really good chances on the power play. Bobrovsky shut the door, stopping Connor McDavid and the Oilers in their tracks.

Bob ended the night with 40 saves.

It took Florida nearly a game and a half into their Canadian road trip to find themselves, but it didn’t affect them tonight in Edmonton.

Since Bob was able to keep the game scoreless heading into the second, Edmonton missed their chance to put the Panthers on their heels.

One power play opportunity in the second period saw Sam Reinhart feed Sasha Barkov a beautiful saucer pass and the captain put it away.

Florida grabbed another goal after that when Carter Verhaeghe rifled a shot bardown past Edmonton goalie Mikko Koskinen.

Up 2-0, Florida continued to increase the pressure and looked more like the team we see in Sunrise, not the one we saw Tuesday night in Calgary.

Florida was able to convert three times tonight on the power play as well. It played a large part in their blow out win tonight.

The defense held back McDavid and Draisaitl

It’s never an easy night when you have to play against two of the league’s top scorers in Connor McDavid and Leon Draisaitl. Draisaitl entered the night second in league scoring while McDavid was tied with Huberdeau for third.

The dynamic duo was extremely visible tonight with the puck. but the Panthers were able to swarm them and keep them off the scoreboard.

Huberdeau was also able to jump both of them in the points race with his two assists.

Sam Reinhart continues to get apples

Another great playmaking game tonight from Sam Reinhart. He picked up two assists, pushing his season assist total to 22.

Both of his assists were heads up plays. One was a nice saucer to Barkov from the side of the net on the power play, the other was a behind the net pass where he found Carter Verhaeghe wide open in the slot.

Fitting he did some work in “Gretzky’s office” (behind the net) in Edmonton.

Once they started they couldn’t stop

Well a slow start didn’t hurt tonight. Florida put six goals past Edmonton, four of those coming in the third period of play.

Barkov had two, Duke, Verhaeghe and Bennett all had one. Oh ya, and Owen Tippett capped off his great night with a goal as well.

Another five plus goal night for the Ice Cats.