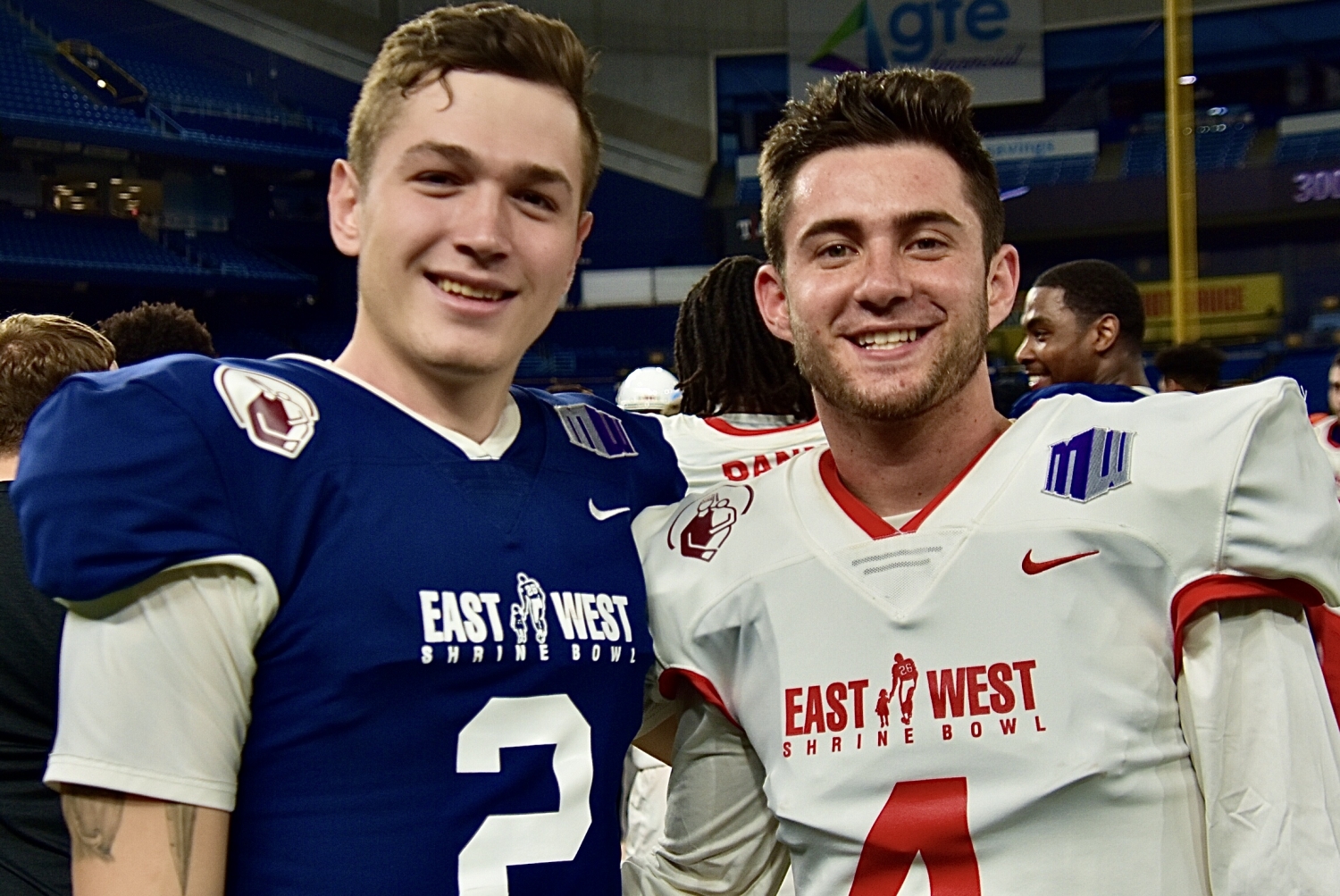 The East-West Shrine Bowl featured two of the Mountain West Conference’s finest kickers from the 2019 season. Wyoming’s Cooper Rothe and Utah State’s Dominik Eberle put in perfect performances in Tropicana Field this past Saturday. The Miami Dolphins also got their kicker from the Mountain West in former New Mexico Lobo Jason Sanders. Theres a lot of turnover in the NFL when it comes to kickers and punters so there’s a possibility one of these two kickers could either provide training camp competition or come to Hard Rock Stadium kicking for the visiting team. The two kickers talked to Five Reasons Sports about their collegiate journey and draft preparation.

5R: What makes kicking in high altitude so challenging?

Rothe: Kicking in Wyoming is challenging because despite being at the highest altitude in college football, I believe it is or can be one of the coldest and windiest places to play at as well. As a kicker, you have to be ready to kick in any conditions and be able to trust your swing enough to not change it just because of the factors you could be playing in.

Eberle: High altitude doesn’t really seem to affect me so much and I hardly think about it. It does help your ball fly a little bit, but I feel like it often gets countered out by the bad Weather games we tend to play in.

5R: How does kicking in the Mountain West prepare you for the NFL?

Rothe: Kicking in the Mountain West has prepared for the NFL because I have kicked in cold and windy places such as Wyoming and also in sea level warm places such as Hawaii or San Diego State. Even though we aren’t a Power 5 conference, I believe based on rankings and the list of ranked teams we have beaten or played as a collective conference proves that we have played in big games or games that can make a difference across the board in college football.

Eberle: Touching up on the bad weather games, I feel like getting the experience in those scenarios is hard to be replicated and shows why it is important to play in them as well. Everything is expected now and has helped me mature as a kicker overall.

5R: Specialists aren’t usually selected high in the NFL Draft. What is the draft process like for a kicker?

Rothe: The draft process for me has been to kick enough to maintain my swing and form while also lifting and conditioning in between to strengthen myself in order to improve my overall performance. I am training with John Carney in San Diego who kicked in the NFL for 20+ years and am getting as much information from him as possible to be able to do what he did.

Eberle: The draft process is similar to other players honestly, we see our kicking coach for a long period of time to really refine our technique and perfect it. We get chances to talk to the scouts but it really is the private workouts that will define which team truly looks at you. I’m excited to soon be taking that next step of evaluation.

5R: You played against Dolphins kicker Jason Sanders in college. Do you compare yourself to kickers in the NFL? If so, who?

Rothe: As a kicker, I strive to be the best I can be which means making every extra point and field goal or putting my team in the best situation to win a game. The best kicker in the NFL for the past couple of years now has been Justin Tucker for the Ravens, so that is who I try to watch film on and critique myself based off the way he kicks.

Eberle: Jason was a great kicker in college, competing against him was truly amazing and I’m glad he’s found success in this league over the last few years. I wouldn’t compare myself to any single person, rather I try to study some of the guys with similar technique to mine to see what I can learn from them. I like to watch Justin Tucker, Shayne Graham, Vinatieri, Wil Lutz, and Gostkowski the most as I have something similar with all of them.

5R: Who in the NFL serves as the most inspiration for you?

Rothe: Being his teammate for two years at Wyoming, Josh Allen serves as the most inspiration for me. He was a kid who nobody believed in from a small town and he proved everyone wrong and was the most respectful and humble person I know to this day with the way he handled all the fame and records he has been rewarded with.

Eberle: My Inspiration in the NFL would have to be Bobby Wagner. He truly was a great player in college, but never satisfied and strives for more. He takes it one play at a time, and his preparation and talent leads him to greatness.