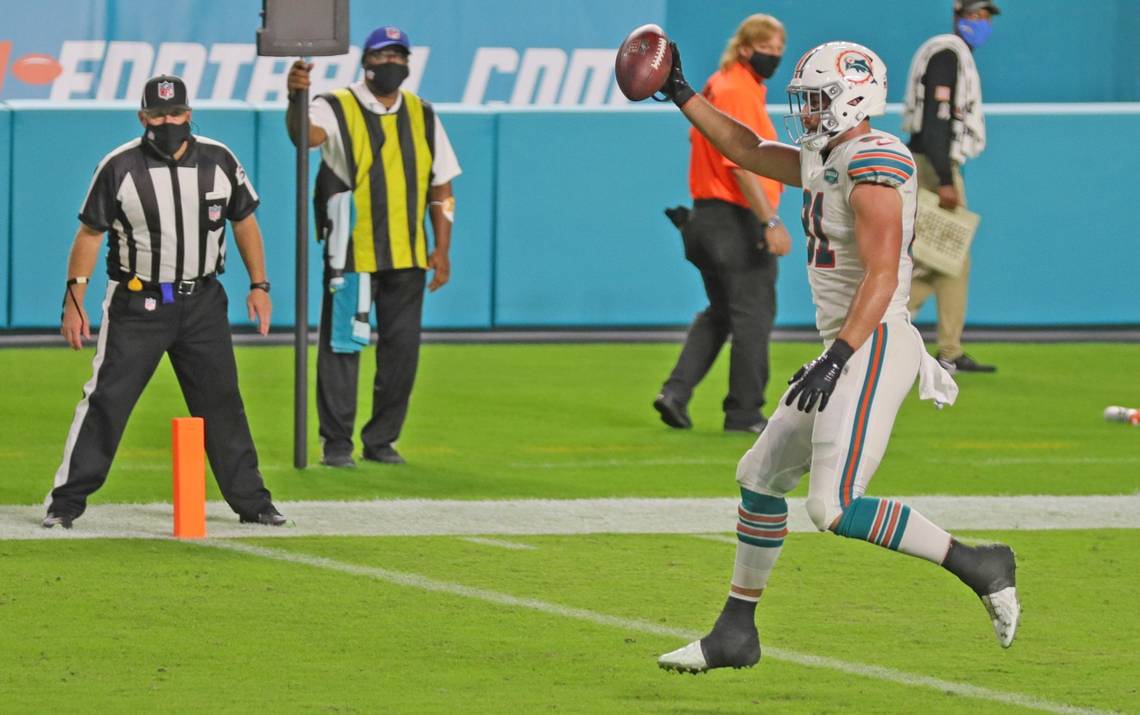 So many streaks have been brought to light this past week that sometimes it’s hard to keep track. 3 wins in a row for Tua, 5 victories in the last 5 games, 16 games straight that the defense forces a turnover, 26 games without a 100-yard rusher, and 6 games straight with a sack for Ogbah (also 8 with at least 0.5). With so many streaks on the line for your Miami Dolphins, it’s going to be a week with huge ramifications not only to those streaks but also to the overall playoff picture. As we travel to Colorado to face the Denver Broncos led by Drew Lock, let us here at 5ReasonsSport help get you ready, so without further ado lets dive in.

For 2 straight weeks we have been forced to not only have players out but also significant pieces to the coaching staff out because of Covid. Unfortunately, Christian Wilkins still remains out but some positives here being that some of the position coaches are set to return this week. The one I feel is of most importance is QB Coach Robby Brown, due to his close work with Tua and helping him get acclimated and understanding what he’s seeing out there. Having these coaches back will allow the healthy coaches who were juggling 2 different position groups to once again go back to focusing on their groups and give more attention to detail.

Last week I spoke about Coach Flores and the Patriots style of defense being known for completely confusing and destroying young QBs. This week is no different as we are facing a 2nd year QB in Drew Lock. Drew Lock is coming off his worst game of the year being forced into 4 interceptions against the Raiders. Flores, Ogbah, AVG, Xavien and Eric Rowe must be salivating at the thought of all the different looks they are going to give him just as they did to Herbert last week, leading to his worst game as a pro:

Seeing what Herbert had to see on X int is terrifying. Glad Tua doesn’t have to face a defensive minded coach like Flores until mid-December vs Belicheck pic.twitter.com/jLMHI2H19J

I expect another similar effort by our Defense, forcing 3 turnovers and in the process, extending not only the TO streak, but also keeping Emmanuel Ogbah sack streak alive.

Even if it was only by 1-yard, last week was only the second time all year that we held an opponent to less than 100 yards rushing on the day. Even more surprising is that it came on a day that had us missing our best run defender in Christian Wilkins. Fortunately for us we had players like Benito Jones and Sieler (who got an extension this week) step up but what really made the difference was having Raekwon in a fulltime role. PFF rated Raekwon with a score of 89.6 which was only good for 1st among all rookie AND 1st among all NFL DTs.

You guys will hopefully understand why they graded him so highly pic.twitter.com/kBgeKawtpu

We will need another strong effort from Raekwon and company to neutralize the Broncos run game and force them to become 1 dimensional which leads to our strength in our secondary and pass rush. Here’s some Raekwon analysis if you want to understand what exactly he did last week:

Coach Flores in an obvious attempt to show respect to an opponent, questioned with annoyance if anyone in the media was going to bother to ask anything about the Denver Broncos during a media availability this week. I love that Coach Flores wants to give our opponent the respect they deserve because on any given Sunday, a team can win. Coming into this game, this week has been the one with the most praise being given to us and old Dolphin teams in the past would find a way to lose a game they are favored to win. I expect Flo to buck that trend and keep this ship steady by having all 53 focused and with a healthy amount of respect for the team across from them. This is the Patriots style I love so much, which is 1 game at a time, 1 possession at a time and 1 play at a time.

A lot of people misunderstood Chan Gailey “safe” approach last week without fully realizing that Tua was off on a lot of throws that are usually throws he makes in his sleep. A slant to DVP that was high and a couple of throws that just did not need to be forced or were even late. Having gone on record as this being the worst game so far for Tua, I fully expect him to ball out this week and show us that another elite trait of his is the ability to overcome adversity. Tua each week shows he can grasp more and more from the playbook and this week will no different as he begins to gel even more with WR like Jakeem Grant and Malcolm Perry.

Overall, I expect Flores to have everyone prepared and ready to dominate from the first whistle at 4 o’clock. If you guys want some help in analyzing the game in real time, we here at 5ReasonsSports will be doing our first in-game Dolphins stream! Ill post the link on my twitter as soon as it’s up.

Till next time guys, Fins Up!

Miami Has a Plan: Unknown Development
Scroll to top