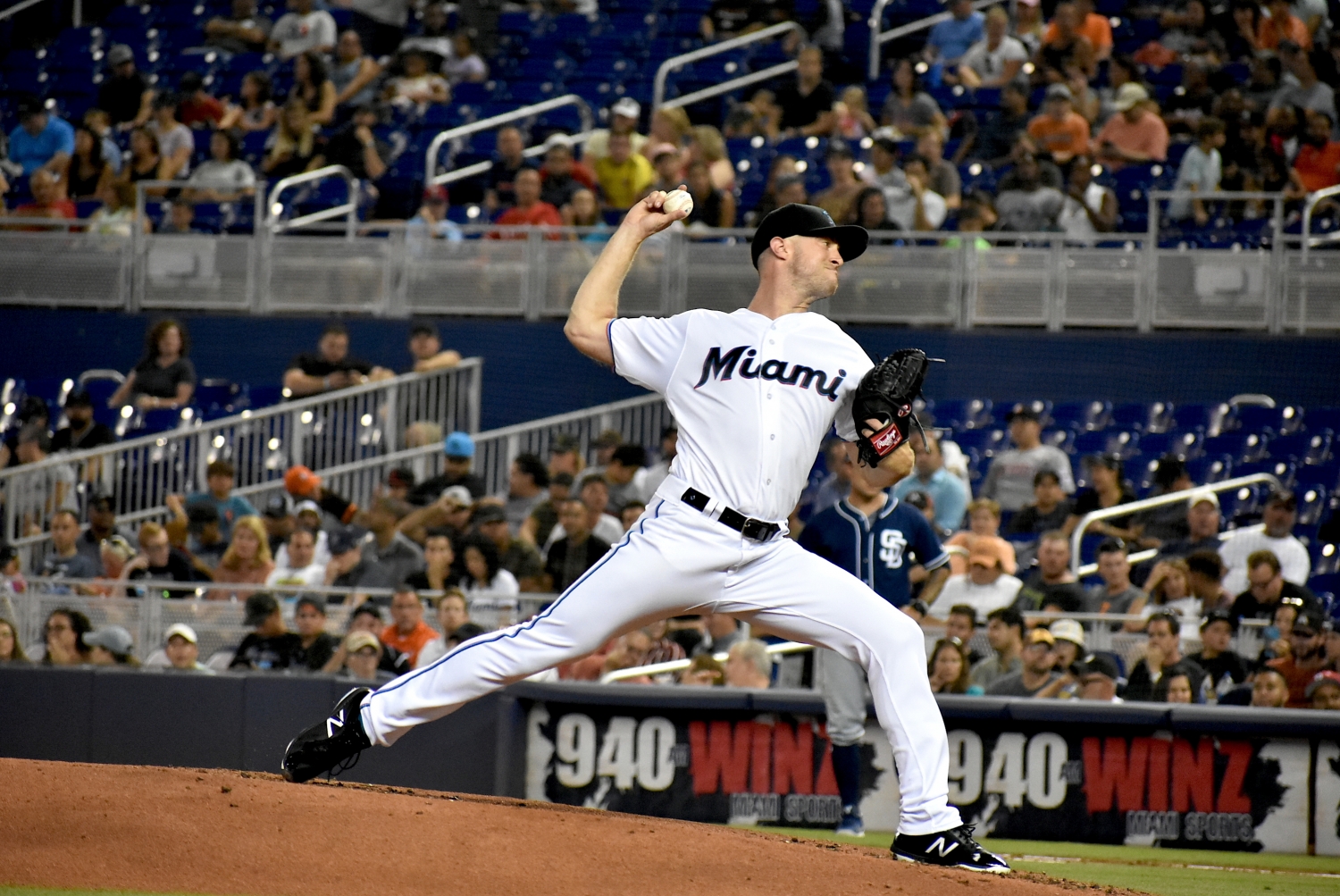 Trevor Richards began his new role as a reliever after throwing a shutout inning allowing only one hit with two strikeouts during the Miami Marlins 3-2 walk-off win against the Arizona Diamondbacks on Friday.

Richards (3-12, 4.62) was known for having an above average changeup and opened the season as the No. 2 starter. However the past two months have felt like the dog days of summer for him. He hasn’t won a decision since June 2 at San Diego. He made it past five innings only twice since that date.

July was a disaster for Richards. He allowed 14 earned runs in 15 innings over three starts prior to the move to the bullpen. It’s noticeable that his fastball-changeup combo isn’t conducive for multiple go-arounds against the opposing lineup but it’s much better being concentrated in an inning over multiple games.

Marlins manager Don Mattingly on what he said to Trevor Richards after moving him to the bullpen. pic.twitter.com/1NAFKRzunI

“The bullpen is obviously a little bit different,” Marlins manager Don Mattingly said. “Most guys out there are [throwing] two pitches, with a third in there somewhere. There are more two-pitch guys out of the bullpen.”

The Marlins have built a lot of depth in starting pitching since the change in ownership. So much so that it’s almost better to put a couple of them in the bullpen rather than bringing in a new reliever.

“As an organization, we’re compiling starters,” Mattingly said. “Starters are getting closer and closer to the big leagues.”

On the same day, Pablo Lopez will be making his rehab assignment in Double-A Jacksonville. He was placed on the 10-day injured list for a right shoulder strain. His last start was June 15 against the Pittsburgh Pirates. He’s scheduled to throw three innings or 45 pitches and eventually reach 90-100 pitches before being reinstated, similar to Caleb Smith’s rehab process earlier in July.

Marlins manager Don Mattingly on the difference between the approach going into the 2018 trade deadline and this year. pic.twitter.com/KKAqaCkTE2

Hernandez will likely return to the bullpen once Lopez gets reinstated from the IL. Richards has recently been receiving trade interest before the July 31 trade deadline and with enough young pitching to last for years but a need for hitting, it wouldn’t be a stretch to believe that a member of the Opening Day starting rotation would be traded in order to bolster the lineup and balance the team out.

Should none of the young starters be traded by September, Mattingly hinted at a six-man rotation. While against the notion of limiting pitchers innings over the course of the season, he noted that it is behooving for the team to give the starting pitchers an extra day of rest while allowing more opportunities for other pitchers to make their case for next season.