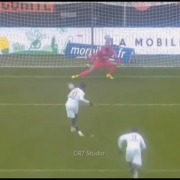 Brazilian soccer star Neymar is no stranger to lucrative sponsorship deals, having racked up sponsorships with Beats, Nike, Volkswagen, Santander, and Unilever worth tens of millions of dollars. The former FC Barcelona legend was also the third-highest paid footy player in the world in 2019, earning a staggering $110 million.

If you were ever wondering how the star forward has been spending some of his hard-earned cash, we now have the answer. In December 2020, it was announced that Neymar would officially be partnering up with Poker Star, the world’s largest online poker cardroom that controls two-thirds of the global online poker market.

Although this might seem like an odd choice of partnership for a 29-year-old footballing legend, it turns out that Neymar is the perfect fit. In numerous statements released by the player since the partnership deal was announced, he has been feeding fans details about his lifelong love of the game of poker.

He has said on his Instagram page that “whenever I am not playing football, I am playing poker” and that he loves poker because of “the sense of community, the fun, and the unpredictable moments that can occur in any game”.

While skeptics might assume that this love of poker is a newfound obsession that coincides with his presumably lucrative contract with Poker Star, they would be wrong. It turns out Neymar has been a dedicated member of the global poker circuit for many years now, playing at both public tournaments and anonymously in online poker rooms.

People first started paying attention to Neymar’s passion for poker back in 2015, when he was snapped by paparazzi while attempting to maintain a low profile at the EPT Poker Championships in Barcelona. He has also been snapped playing at various low and high-roller poker tournaments across Europe, including a number of matches in Girona.

Although he clearly loves the excitement of an in-person poker session, his passion for poker clearly extends beyond high-profile tournaments. He also spends a lot of his spare time playing online poker on a variety of websites and streaming his gaming adventures on Twitch, where he currently has 1.3 million followers (his username in Neymarjr, for anyone who might be wondering).

There, he can often be seen playing up to three or four online poker games at a time, all while engaging with his massive online fanbase and taking poker advice from some of the best players in the business. He is also known to go head-to-head with his fans around the world, usually taking requests on IG Live or via his Twitch channel.

If you fancy facing off against one of soccer’s greatest players at a virtual poker table, you might want to work on your game. Poker is certainly more than just a hobby for Neymar, which is demonstrated by the fact that he has actually won several small-scale poker tournaments over the course of the past few years. Should you be feeling particularly lucky, you should brush up on your poker variants.

Although classic Texas hold ’em is Neymar’s primary game of choice, he is also known to be partial to a few rounds of 7 card stud and Omaha. The different versions of the game are becoming increasingly popular with amateur players. As this asiabet.org guide to online poker explains, anyone can play online variants such as Texas Hold ‘Em, 5 card stud, and Omaha, online for free, by opting to play with fake money against real players. This allows players to build up their poker-playing prowess.

Neymar’s love of poker is, of course, not a unique thing among soccer stars. A number of famous soccer players have gone on to forge high-profile partnerships with both online and physical poker providers. Gerard Pique, Ronaldo, and Tomas Brolin are all well-known in the world of international poker and frequently visit various online poker lounges in their spare time.

However, none of these seem to have the same lifelong passion for the game that Neymar has, which is probably what makes him such as perfect fit for the sponsorship deal he has landed. While he is almost certainly being paid handsomely for the sponsorship, one cannot help but wonder whether he would have agreed to do the whole thing for free, given that he is such an obvious poker mega fan.