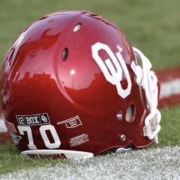 This includes letting their current media rights agreements expire. Considering Texas and Oklahoma are the Big 12’s two biggest football programs, this a huge blow to their conference and their future remains uncertain.

While it’s humbling that everyone wants to come to the SEC as it’s often considered the most competitive conference in college football, it questions how unfair the lesser competition of other conferences will be. Let’s take a look at the ACC and Big Ten for example. Every year, Clemson and Ohio State have a clear and easy path to the college football playoff, as their regular season schedules are a lot easier than any team in the SEC.

With the two possible additions of Oklahoma and Texas, the SEC will certainly become a super conference at this point, with a potential total of 16 teams! This will change college football as we know it, and could pave the way for other super conferences to develop in the near future.