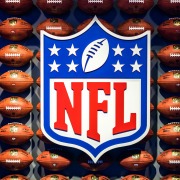 While the 2021 Super Bowl does not actually play out in 2021 as originally planned, this has only led to an increase in anticipation. Now set for Sunday the 13th of February 2022 because of the pandemic, it means that we’re now just a few months away from seeing another team crowned as champions.

As anticipation levels heat, you might have wondered which teams are currently the favorite to make it to the super bowl. Perhaps you feel like backing that team on an online sportsbook? Well, we have you covered on the teams currently favored at the top betting sites in the US.

Before you place a bet, just make sure you check out the USA states with legal sports betting listed here. Below, we will take you through the teams that currently have the best odds at many top sports books. The odds we have given are an average of each of those, so will differ depending on where you go.

For many, the Kansas City Chiefs have the squad best equipped to win Super Bowl 2021. Not only that, but they have made the final in each of the last two seasons. Sure, they lost the last one comprehensively against the Tampa Bay Buccaneers, but it is difficult to bet against them making three finals in a row.

Add in a relatively easy fixture list compared to others, and it is easy to see why the Chiefs are currently the favorites with online sports betting sites.

Their roster is the league’s most experienced and, of course, they still have Tom Brady. This team has the quality to repeat history, so we feel the bookies have the odds right on this one.

The Buffalo Bills were just one game from the final last time around, having been sent home by the Chiefs. However, many feel that they would have delivered a better final performance than their victors did. This team went on a monumental run last year, claiming 13 victories from 16 games. You cannot argue with that kind of form.

If they perform similarly this year, we feel they have a significant chance of going one step better than last year.

The Rams also had an impressive year last time out with 10 wins from 16. However, their form did slip rather alarmingly. The good news is that they have started this season on fire and are looking a promising bet for that final. It is still early though, and anything can happen in football.

While we think they have a better chance than many others, we feel that even if they made the final, there are a handful of teams that are a level above them.

Could an Outsider Cause a Surprise?

Just because the bookies favor some teams, it does not mean the others do not stand a chance. In fact, many punters actually believe an outsider could cause a bit of a shock. They would hope so too if they have backed them at longer odds. One team on the lips of some is the Indianapolis Colts, but are they truly a legitimate contender?

Another outsider that some are backing includes the Baltimore Ravens at +1600. This is a team that has some fantastic ability amongst its roster. On their day, this team can beat anybody. The question is how often those days come around.

All Bets are Off!

Did you have your suspicions confirmed on the current favorites? Well, whether or not you did, you now know which teams the bookies think have the best chance of winning Super Bowl 2021. Remember that those odds change after every result and performance, so the favorite today might not be this time next week.

If you’re thinking about placing some bets, just be careful, as while the odds given by online bookmakers are usually a good barometer of your chances, anything can happen. There have been some monumental NFL collapses previously, and this could quite easily happen again. Also, make sure you shop around to find online sports betting sites with the best odds on your pick.