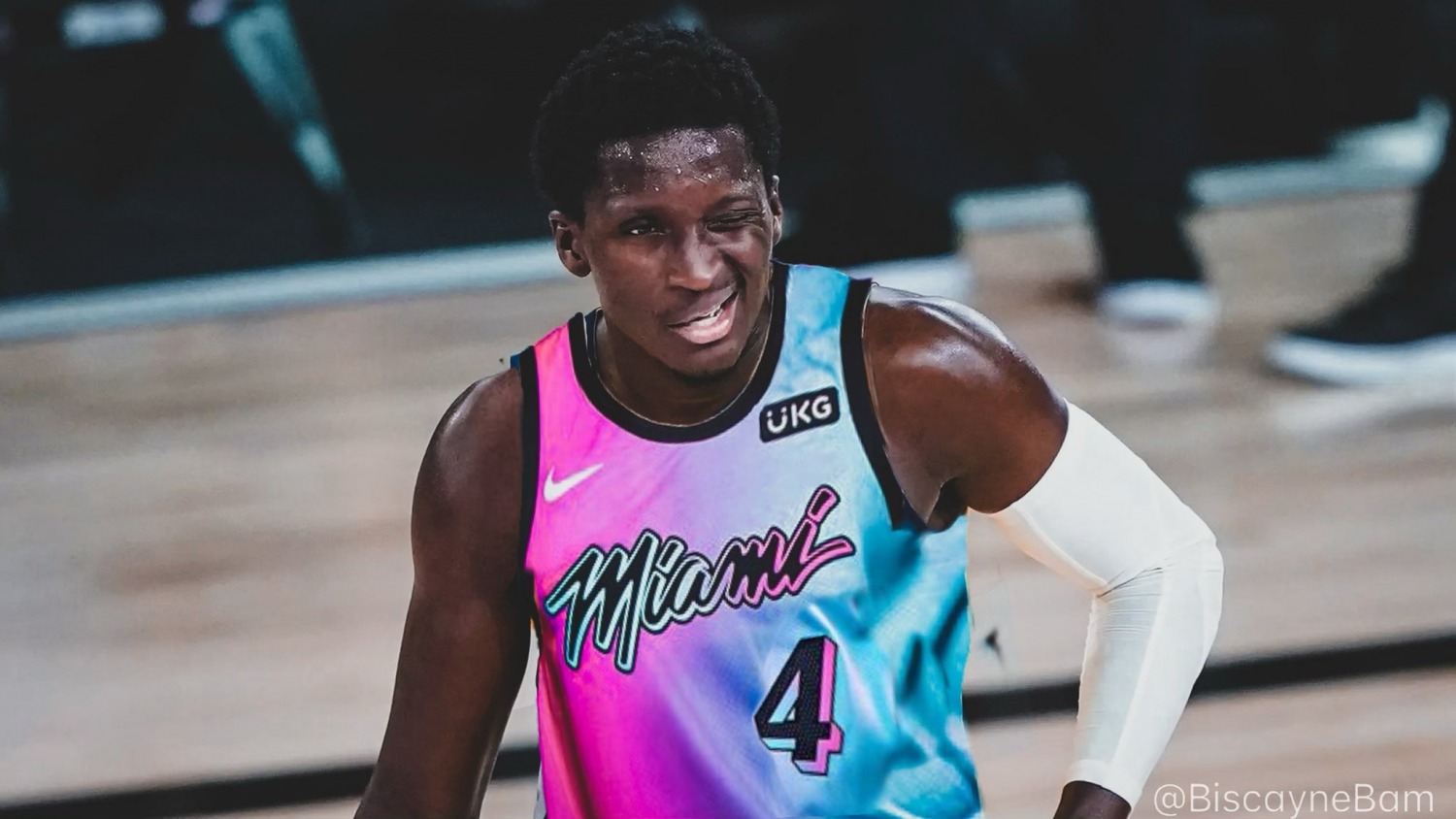 The NBA Trade Deadline has finally come to its conclusion after what felt like ages.

Everyone has given their thoughts about who won and who lost and which player Danny Ainge almost got. Everyone was waiting on Kyle Lowry to change the fortunes of whichever team he would end up with. The 34-year old point guard would wind up sticking in Toronto/Tampa Bay after the deadline arrived, to everyone’s surprise, considering the Beatles-like farewell show he gave the night before. It ended up being more like a Jay-Z retirement. The Heat and Pat Riley didn’t sit on their hands waiting on Masai Ujiri to do something. They had a plan after the plan all along and executed it to perfection. He swiped Victor Oladipo for the pocket lint of Avery Bradley, Kelly Olynyk, and a pick swap at the last minute. Despite everyone thinking the Godfather had overslept, he was awake more than anyone realized.

It wasn’t just the Oladipo trade, but also managing to get Bjelica for basically nothing, and earlier grabbing Trevor Ariza for a similar package. Add to this the inevitable addition of LaMarcus Aldridge in the buyout market, and it’s been quite the roster shakeup. While Kyle Lowry would’ve been a significant upgrade, Miami’s fortunes still shifted to the sunnier side. While Oladipo isn’t that same player he used to be in Indiana, he can still pressure the rim more than any other guard on the Heat roster. The former Pacer and Rocket is still shooting a solid 39% on catch-and-shoot 3s opportunities. He’ll get more of those shots with no longer being the number one option. Not to mention he’ll be the best defensive guard they have that doesn’t need to be subbed for as soon as they have to play an offensive possession. No, he’s not his former All-NBA self; he’s still an upgrade at what they had and finally allows for Erik Spoelstra to be flexible and gives Jimmy Butler and Bam Adebayo a break from handling the ball every possession.

There’s a weight that’s being lifted off of so many players. The offensive and defensive burden that Bam and Jimmy had to carry all season will finally start to lighten. There’s finally a defensive guard who won’t force Bam to come out to the perimeter on every possession.

Bam can trust Oladipo to hold his own and can be that terrifying backline of defense where he thrives. Jimmy Butler can play even more of that terrifying free safety role everyone knows he’s fantastic at. Goran Dragic won’t have to rush back after every ache and pain his body endures at the latter stage of his career. Now Kendrick Nunn can take those bench minutes when he’s out or if he’s struggling, the flexibility will still be there thanks to the front office’s moves. Andre Iguodala won’t have to play ten too many minutes a night now with Trevor Ariza in the fold and starting to round into form. It may only be a few games, but you can see how much Ariza does for the team just by being a guy the defense has to close out hard on. I’ve been surprised at how well he can attack a scrambling defense in his few short appearances. Trevor can still work his way inside and has a decent first step for a guy his age. You saw how versatile he was with how Erik Spoelstra trusted him to guard Damian Lillard in their matchup against Portland. Even better is that, unlike Iguodala, the defense has to pay attention to him in the corners or on the wings. The freedom on offense that will allow guys in space can’t be understated. He’s already surpassed Moe Harkless’s contributions in his four games played. The defensive intelligence and knowing where to be on offense are there before he’s even gotten fully acclimated to the team’s system.

Soon Oladipo will help guys like Duncan Robinson and Tyler Herro by collapsing defenses with his drives, allowing them to get easier 3 point opportunities. No longer will all of their shots have to come off of running marathons around screens. Along with that, the nagging 10-ton weight of maybe being traded is finally gone from their shoulders. You saw how much looser they were immediately in the hard-fought loss to Portland. We can only assume how rumors like the ones they were involved in affected their overall mindset. Imagine how’d you perform at your job knowing you might get transferred to somewhere like Tulsa. Understandably, the lingering doubt about whether you’re wanted can cause a downward spiral in productivity. But now, those questions that were weighing them down are finally lifted from their minds. It’s only understandable that these guys who proved to be great shooters last season can only go higher from this point on. Playing freely after being burdened by the shackles of doubt is the first step in turning around your season.

Erik Spoelstra himself will be freed from being constricted to certain lineups. Now he can have that lineup flexibility that he’s always looked for in all his teams. Trevor Ariza a the 4? You bet that’s coming more often than just a shorthanded game vs. Portland. Bringing in a bench lineup of Bjelica, Dragic, and Herro to run as many pick-and-pops as possible? Sign me up. He can slot in Iguodala sporadically to whichever lineup he suits best, and the closing lineup options will now be plentiful. No longer will Erik Spoelstra be tied solely to the dribble hand-off now that there’s a guy who can drive besides Jimmy Butler, allowing for a much quicker trigger to the offense. The hand-offs should no longer be a crutch but a tool for the offense once again.

The Heat needed a change, and sometimes those shakeups can jolt a team to a great stretch run to end the season. Tyler Herro himself mentioned how much the Iguodala/Crowder/Hill trade reinvigorated them last season. You could also go back even further to the 2015-2016 season when the acquisition of Joe Johnson and slotting Luol Deng to the 4 rejuvenated the team. Those examples also allowed the players to find the roles that were right for them. This entire season has felt like guys were playing one spot too high on the depth chart and not allowed to reach their full potential.

Now that it’s actually occurred, it’s an exciting time for all involved. Last season’s team thrived because they excelled in their well-defined roles. It’s looking like they’re going to arrive at that point once again with pieces that will allow it. The team couldn’t keep doing the same thing over and over again, expecting a new result.

New life is being breathed into the lungs that were once grasping for oxygen from the mouth of Kelly Olynyk’s plus-minus. The burdens look to be lessening for everyone, from the aging veterans to the 2 pillars of the team and the young pieces who wondered if their Miami days were numbered. With Erik Spoelstra, Jimmy Butler, and Bam Adebayo at the helm, it’s never smart to count them out of solving a puzzle for another Finals run. The pieces are finally there. Everything on the other side of the door points to a brighter tomorrow.

Five Takeaways from the Dolphins first week of free agency