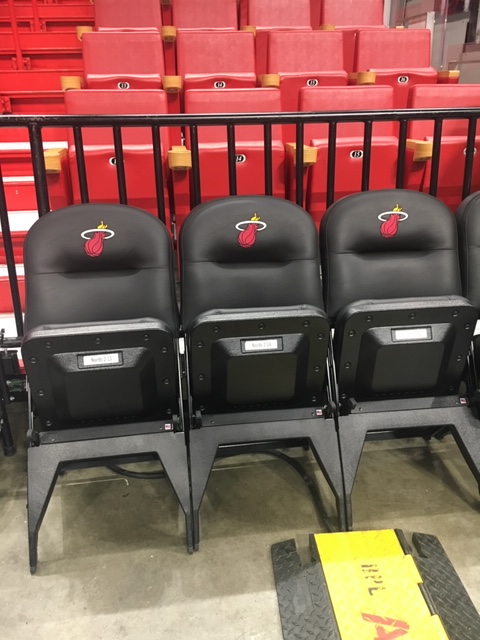 I’m referring to the NBA but really you can apply this to just about every sport or at least all team sports out there. I’m even saying to cancel the season for the American Cornhole League, even though my appetite for the unnecessarily weird and stupidly irrelevant will not be sated.

More players are testing positive for COVID. More players are opting out of participating due to concerns about COVID. A major player (Damian Lillard) has been vocal with his concerns with regards to all players following the very rules meant to keep them safe and from spreading COVID while quarantined in the NBA bubble.

I get that the league and the teams will lose a ton of dollars. I get the direct and indirect economic impact that the NBA has. But the reverse of that is the league spending millions of dollars ($150M according to Brian Windhorst) to create an environment that will allow players to play and for the season to continue. Then there’s all the choreography behind the scenes to keep everyone distanced, fed, and entertained. I understand that as a result the league is more than likely going to have a greater return than any amount that they invested in by getting this season started back up. But at what human cost?

I may be in the minority, but to me there are some things that are just more important. Can the money being spent to restart the season be redirected to other worthy causes instead? There’s the cancer thing, the AIDS thing, the affordable healthcare thing…all sorts of worthy things would benefit.

Using this restart as a platform to call attention to the Black Lives Matter movement is an admirable one. But many of these athletes are of a high profile. They don’t need a court emblazoned with “Black Lives Matter” to help keep the cause going. And as much as it would’ve been cool to see, they don’t need jerseys that allow them to have messages supporting these causes in order to actually advance said causes. These players have a platform. They have access to channels to keep the movement going and, if they so choose, even have the means to create a platform or channel to keep the movement going.

PS, order your Light Skinned Opinions BLM shirt, the proceeds of which go to the Know Your Rights Camp.

And by the way, this is being held in Orlando which is in a state that has shown one of if not the greatest increases in COVID cases in the last week. I guess in the standings and win/loss columns, we are winning. The NBA is driving towards and not away from the fire that Gov. DeSantis has stoked. This is a governor whose own stubbornness and ineptitude is rivaled only by the stubbornness and ineptitude of the governors whose own states are leading in infection rates.

But back to sports.

It’s an odd circumstance. Let’s face it, there will be a debate as to whether there should be an asterisk next to this championship if the season even continues. Hell, Phil Jackson might even wander in from the plains of Montana to find dial-up internet just to give his gravelly-voiced opinion. Does anyone remember his thoughts on the first of many San Antonio Spurs championships? It came during a shortened season. His Phil-ness felt it tainted because: 1. it was shortened and 2. Michael Jordan had retired and he wasn’t coaching. Probably he thinks it’s mostly because he wasn’t coaching.

Regardless, there will be endless debates simply because the circumstances are so unprecedented. Unlike the 1999 or 2012 shortened seasons that at least went from commencement to conclusion without pause, this stoppage can be argued that the interruption came at the benefit to some and a detriment to others. Some teams needed the break to rest up players and heal their Joel Embiids. Other teams were rolling and now have to get that momentum back as they incorporate their JR Smiths. Still, there is the terrible reality that players are testing positive while others are simply opting out. These aren’t end-of-bench guys either. DeAndre Jordan, Avery Bradley, Davis Bertans, Trevor Ariza and others. With a variety of teams affected, can it be argued that the best team actually won? Sure. Can the counter be that those players would’ve had a negligible impact on winning even if they participated? Sure. And so I offer you Michael Beasley and Mario Chalmers to fill out your bench.

There will certainly be endless debates based on “What ifs” should a champion be crowned. But that’s much of what spirited debates are centered on, right? What if the Dolphins had a running game? What if Jamal Mashburn didn’t pass off to Clarence Weatherspoon? What if the ref didn’t make a ridiculous pass interference call against UM in the 2003 Fiesta Bowl? What if Hillary didn’t take Wisconsin, Michigan, and Pennsylvania for granted?

I am not anti-sports, as if you need proof of this as you read this piece on a sports site. And truthfully I will watch if the games are played. I understand there could be a certain hypocrisy to this. But when stacked against other hypocrisies such as social injustice and economic inequality…I’ll comfortably ride or die with mine.

But, for a hot second, dismiss the aspect of needing sports as a distraction. Is this really a time when we need a diversion considering all that is going on? Can we not instead refocus on bettering ourselves as human beings or at least as valuable members advancing society? I’m of the science believing camp that takes this pandemic seriously. Personally, I have family who are elderly and who have underlying conditions. I’m all in no matter what any Karen screams about. Rightly or wrongly, I put a greater degree of emphasis and importance on human capital instead of capital capital. It’s why I feel the NBA should cancel the season.

It sucks. I know. My favorite teams have such unbelievable stories and actually matter. Jimmy. Tyler. Tua! I am rooting for them no matter what because I am a diehard fan. Want proof? I actually once said out loud, “Tyler Thigpen? Yeah I can root for this team if he’s the starter.”

Ultimately I believe that team sports will return. But folks we probably just don’t need it right now. Teams need to (and perhaps they have planned for this) see that the expected monetary gain could be nothing compared to the prospective integrity loss should the pandemic strike someone who is—let’s say—a very recognizable and significant piece to the overall NBA machine. It shouldn’t get to that point. In one of the rarest if not only appropriate uses of this, “All lives matter” when it comes to caring for the superstar to the end of bench fill-in.

One last thing: Wear a mask.