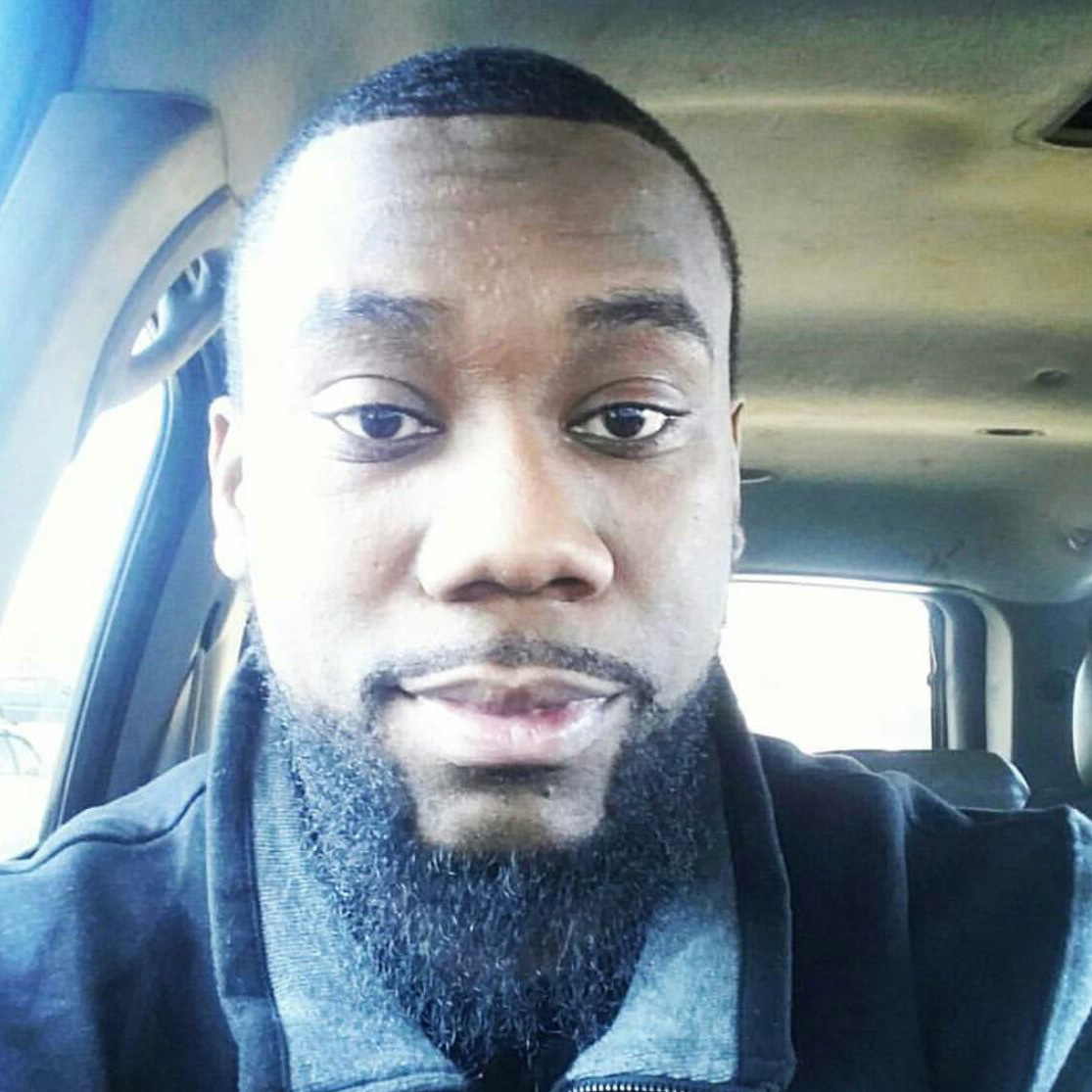 With the 13th pick in the 2019 NBA Draft, the Miami Heat select … Tyler Herro from the University of Kentucky.

Not Sekou Doumbouya, the International Man of Mystery.

Not Kevin Porter Jr., the domestic Man of Mystery with the most boom-or-bust equity in the draft.

The Heat valued the offensive promise of Herro, a 6’6 guard with a silky jumper and enough brashness to make Sidney Dean blush.

(No, not that Sidney Dean.)

The reaction to the selection was mixed, to be kind. The most common complaints revolve around Herro’s short wingspan (a little over 6’3) and a perceived lack of upside. He’s not growing longer arms – not legally, anyway – so that’s just something I, er, we have to get over. Is the second point fair or accurate?

Well, that’s what this piece is for.

It’s pretty easy to justify the selection. The Heat took the temperature (ha) of the league and recognized their need for shooting**. They needed someone that could not only convert catch-and-shoots, but could also bend defenses with off-ball movement. I would imagine they also grew tired of losing close games because of missed free throws.

**We’ll just ignore the fact that they traded two plus-shooters for tax shavings four months ago.**

Herro fits the bill. He graded out in the 70th percentile on spot-up possessions last season, via Synergy Sports. His 35.5 percent clip from three (31.9 percent from NBA three) isn’t elite, but his 93.5 percent mark from the free throw line is a great indicator of his prowess moving forward.

Kentucky had Herro run off a ton of pindowns to flow into jumpers or secondary pick-and-rolls last season. The foundational footwork, as well as his ability to quickly catch, square, and fire away is there to be an off-movement threat on the next level. He’s not a JJ Redick or Wayne Ellington-level mover, but there’s a reasonable path to hitting the next tier.

Completely ignoring the other players on the board at the time, there should be legitimate concerns about how Herro’s defense translates. He fights hard and displays a solid understanding of what’s happening around him, but, man, it’s just hard to get past the lack of length and burst.

Herro has alligator arms and isn’t explosive laterally. He’s not going to be able to hang with the NBA’s speediest guards, nor does he have the length to consistently alter shots of bigger wings.  He projects mostly as a one-position defender.Within that specific context, the comparisons to Tyler Johnson are valid.

It’s pretty safe to bet on Herro being a plus-shooter with a capped defensive ceiling. The swing skill for Herro, at least to me, is overall shot creation. His ability, or inability, to do that for himself and others is what will determine how good that pick is.

Kentucky mostly used Herro as a secondary on-ball threat, particularly at the end of their motion/weave stuff in the half-court. It’s telling (and smart) that they worked to shift the defense before having Herro attack. In general, attacking bent defenses is a good thing that often leads to advantage situations. In the case of Herro, giving him a head start was a way to hedge against his lack of on-ball juice (more on that shortly).

We’ll start here, though: Herro generated a combined 75 points on 68 possessions in pick-and-roll or isolation situations (passing included) last season, via Synergy. That’s not an incredibly large sample, but a 1.10 points per possession mark is pretty darn good. Mix in his efficiency as an off-the-bounce shooter (0.991 PPP, 82nd percentile) and tear dropper (1.08 PPP on floaters), and there are positive indicators of creation ability hiding in plain sight.

The pick-and-roll possessions are what I really want to focus on. Not only does that make up the majority of the creation sample (52 of the 68 possessions), it’s the area the Heat need the most help in. The Heat finished 29th in pick-and-roll ball-handler offense (passes included), generating just 92.1 points per 100 possessions.

I went back and watched all 52 of Herro’s logged pick-and-roll possessions on Friday, and tweeted about some of them on Twitter, which you can find here. More than anything, I wanted to get a feel on, well, his feel. How quickly was he processing the coverages being presented to him? What passes are in his arsenal? What’s his pace like? Does he make sound decisions? Were there any advanced flashes — putting defenders in jail, timing passes, weakside corner skips on the move — or did he just play things safe?

I’ll say this much: I understand why the Heat have optimism, even if I don’t necessarily agree with all of it.

The first thing that stood out to me is that Herro doesn’t make outright bad decisions. He committed seven turnovers in his 52 pick-and-roll possessions; only three of them came as a passer. The context of him being a secondary option matters, but it also speaks to the trust (albeit small, in terms of the sample) he earned at Kentucky to finish possessions.

Herro seems to have solid recognition skills. That should translate well at the next level. He uses the early portions of possessions to diagnose how defenses defend ball screens, then often chooses the right method of attack once the ball swings his way.

Ashton Hagans runs a pair of pick-and-rolls. The first comes during the initial push in transition, and you’ll notice Mississippi State tries to “ICE” the screen — the perimeter defender positions his body to force Hagans down the sideline instead of allowing him to get to the middle of the floor. After Hagans resets, he calls for a high ball screen in the middle of the floor, revealing Mississippi State’s preferred method of defending by bringing the big man up to “catch” the driver.

Herro downloads all of this.

The ball eventually finds Herro, who already knows the big will show somewhat high on the screen. Equipped with that knowledge, Herro releases an early forward pass to a slipping PJ Washington, completely catching the defense out of position. The pass isn’t well thrown, but Washington corrals it and attacks before getting fouled.

You can see a similar thing happen here:

Again, Herro reads what the big defender is doing in pick-and-roll before using that information for himself. As he tries to attack to his left, the big steps up to contain the drive. That leaves a window for a pocket pass, which Herro executes well.

The one consistent thing across Herro’s pick-and-roll film is his ability to read the big. That’s a legitimate positive. The next step, and what would raise his ceiling as a playmaker, is to shift focus to the help defender. That’s what separate good pick-and-roll players from advanced ones. In fact, it’s one of the things Justise Winslow said he’s picked up from Dwyane Wade over the last year or so.

Herro isn’t making advanced reads yet. In the 52 pick-and-roll possessions he logged, I was only able to see two (2) skips to the weakside corner. Even within the context of looking for flashes, that’s a pretty low sample. You’d like to see more of those when trying to project him as a plus-playmaker on the next level.

The good news is that Herro does have good feel and makes pretty good decisions. That’s a solid foundation to expand off of. If the reports of Herro being an absurdly high-level worker are true, and they seem to be, it’s easy to be optimistic that he could become more.

I don’t know if you’ve heard, but Tyler Herro is a bucket.

We’re working with a limited sample here, but his efficiency as a pick-and-roll scorer still pops off the screen. 31 points on 25 possessions. 13-of-20 clip from the field. Adjusted field goal percentage of 72.5!

Herro’s end-game was often the pull-up jumper. Via Synergy, 12 of his 20 shot attempts were off-the-bounce jimmies. He drilled seven of them, giving him a 58.3 percent clip. That number isn’t sustainable – we might actually be looking at a Curry-like shooter then – but the film is encouraging. His handle isn’t great (more on that later) but he’s able to quickly shift from dribbler to shooter in one fluid motion. His balance is superb, and that allows him to float into, or fade away into comfortable looks.

Herro’s ability to read the big here is key. He watches their feet, mixing in subtle fakes to keep them off-balance. He doesn’t need much time (or space) to flow into his jumper, so one false move is all he needs to capitalize on.

Herro’s intermediate touch is why the Heat are excited about his three-level scoring potential. He has the shot repertoire necessary to beat “Drop” coverage. That includes less-than-analytically-ideal shots like floaters. He shot 14-of-26 on runners this past season, though obviously they didn’t all come in pick-and-roll situations. Still, it’s a great tool to have in the bag.

Herro just can’t consistently puncture defenses on his own merit. He needs a bent defense and a great screen to get downhill, and even that isn’t enough to create separation all of the time. If he can’t slither through creases, he’s forced into one-on-one scenarios that will be much harder than he faced at Kentucky. The athleticism jumps a tier or two in the NBA, as does the length of the defenders he’ll face.

Herro won with tough shots at Kentucky, but the margin for error was already pretty thin. It’s going to be virtually non-existent on the next level. It’s unclear how much better he’ll get as an athlete, but he has to get stronger and gain a better understanding of attacking angles.

I’m just … not sure I see three-level scoring upside with Herro. The pull-up shooting from middy and deep will likely translate. The finishing is worth the skepticism. He was flat-out bad around the basket last season. He needed the floater to be successful. At a certain point, the lack of vertical pop and length is hard to overcome. That especially hurts if you’re hoping there’s some Devin Booker-esque hidden upside as a primary creator.

If you're gonna be a two-level scorer as a guard, one of those levels has to be the rim.

It just has to be.

It just has to be.

A small guy like Isaiah Thomas was always an elite finisher. Justise Winslow became a slightly-above average one last season, but he always had the first step (and size) to get to the rim whenever he wanted. Herro can’t consistently get there, and struggles to finish over length when he does.

One thing that’ll help for sure: he’ll have the best screen setters he’s had in his life.

Watching PJ Washington go through the motions as a screener was frustrating to me. I can’t imagine how Herro felt. The NBA is a spacier game in general. Bigger courts, better shooters. Getting lead blocks from Bam Adebayo and Kelly Olynyk will give him even more space to work with. If you’re trying to find a path to success, it’ll be with the Heat giving him consistent head starts with off-ball action and hard screens, and Herro developing some craft or off-timing drives like a Goran Dragic.

There’s room for optimism with Herro offensively. As much as, uh, some people went to Tyler Johnson or Wayne Ellington comps, the film makes it clear that those examples are selling him short. There’s legit passing feel and pull-up equity present that the other two never had. Herro’s a little bigger than both, and will get stronger on the next level. There’s plenty to like here.

But if you’re hoping for a Booker or Donovan Mitchell-like surprise leap, you might want to hold your breath.

Is it the time to call out Marlins fans?
Scroll to top