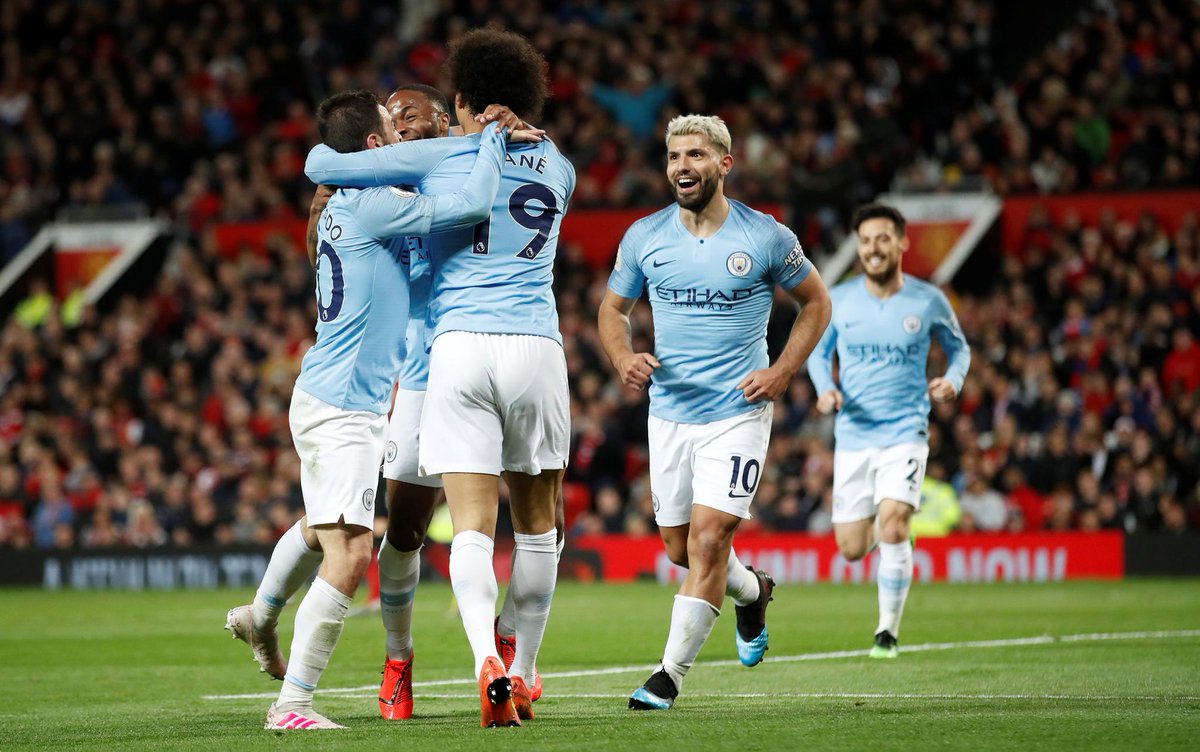 With two goals from Bernardo Silva (’54) and second-half substitute Leroy Sané (’66), defending champions Manchester City have defeated crosstown rivals Manchester United 2-0 in yet another edition of the Manchester Derby.

The win moves City temporarily (?) past league leaders Liverpool FC atop the table with three games to play and a sizable goal differential lead. 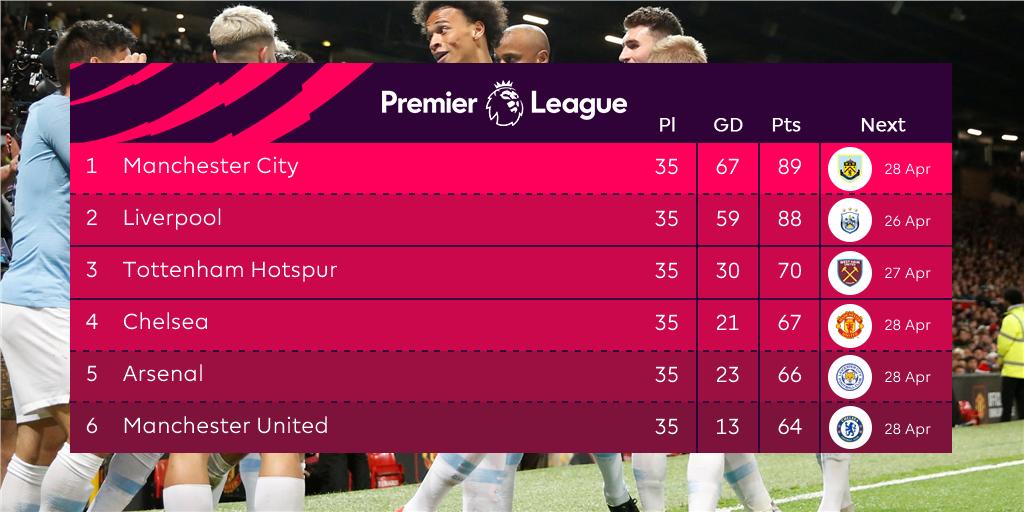 Not surprisingly, with the Premier League title still up for grabs, it’s now down to the following clubs:

Manchester City: the defending champion, who became the first Premier League club to finish a campaign with 100 points total in 2017-18, winning the title in dominating fashion; and

Liverpool FC: the upstart contenders dating back to the second half of last season, themselves emulating City’s 2018 start with an unbeaten run of their own behind the dazzling play of Mo Salah, Sadio Mané, and Roberto Firmino.

Salah, tied for the league lead in goals scored (19), has been named one of TIME’s 100 most influential people. 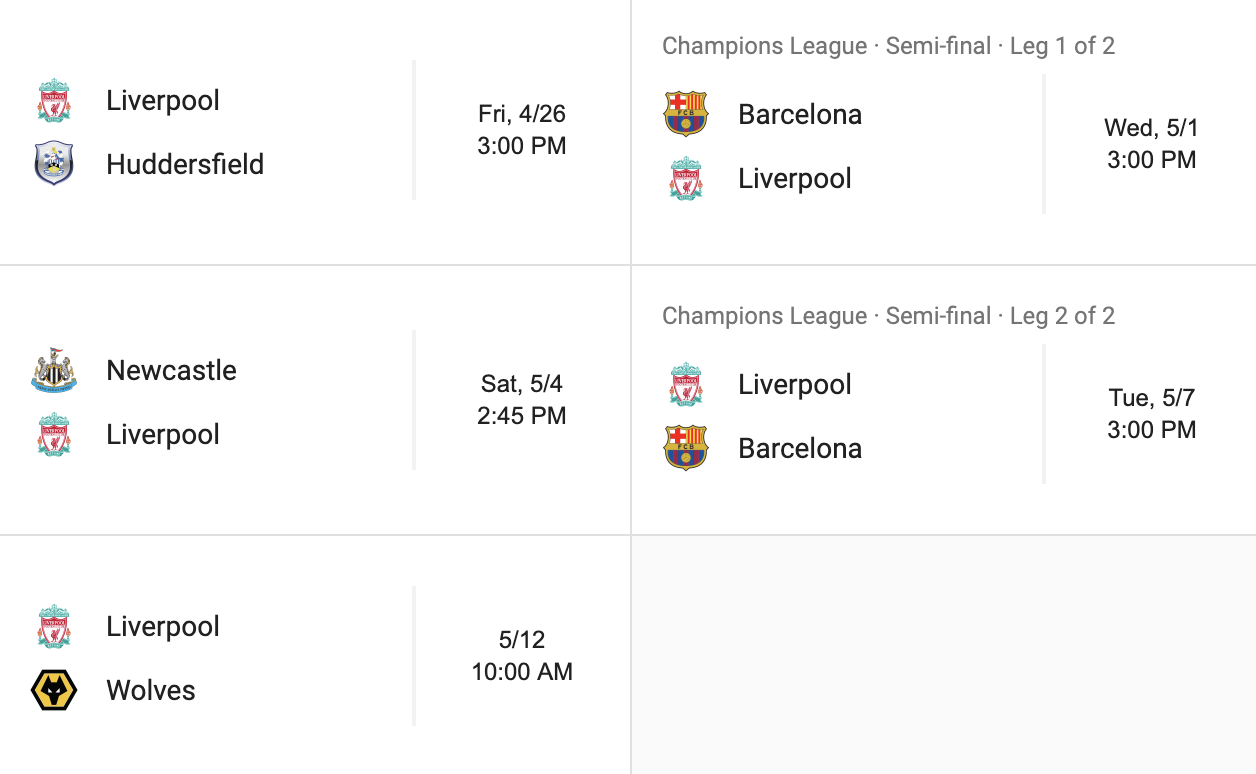 In between those matches, they have two Champions League semifinal matches with European powerhouse FC Barcelona.

After finishing as runners-up to Real Madrid in last season’s UEFA Champions League campaign, Liverpool will be faced with the decision of prioritizing which matches to field a full team for stamina purposes.

This will surely tax Liverpool’s reserves. The Reds last won the Champions League in 2004-05.

With just three matches left (and nine points up for grabs), anything is possible.

Leicester will be fighting with Wolves for 7th, so none of these fixtures should be treated as easy wins for City.

City also have an FA Cup Final vs. Watford to concern themselves with, but that won’t be a worry until after the Premier League champion has been decided.

Because of tonight’s victory over United, City can become back-to-back Premier League champions by winning out, becoming the first club to repeat since United did it in 2008-09.

However, should Liverpool win out and City drop points with a draw or loss, the lead will remain firmly with the Reds, effectively crowning them champions for the first time since 1990-91, when they won the English Football League.

UPDATE: Here is how the Premier League will be decided this coming weekend. 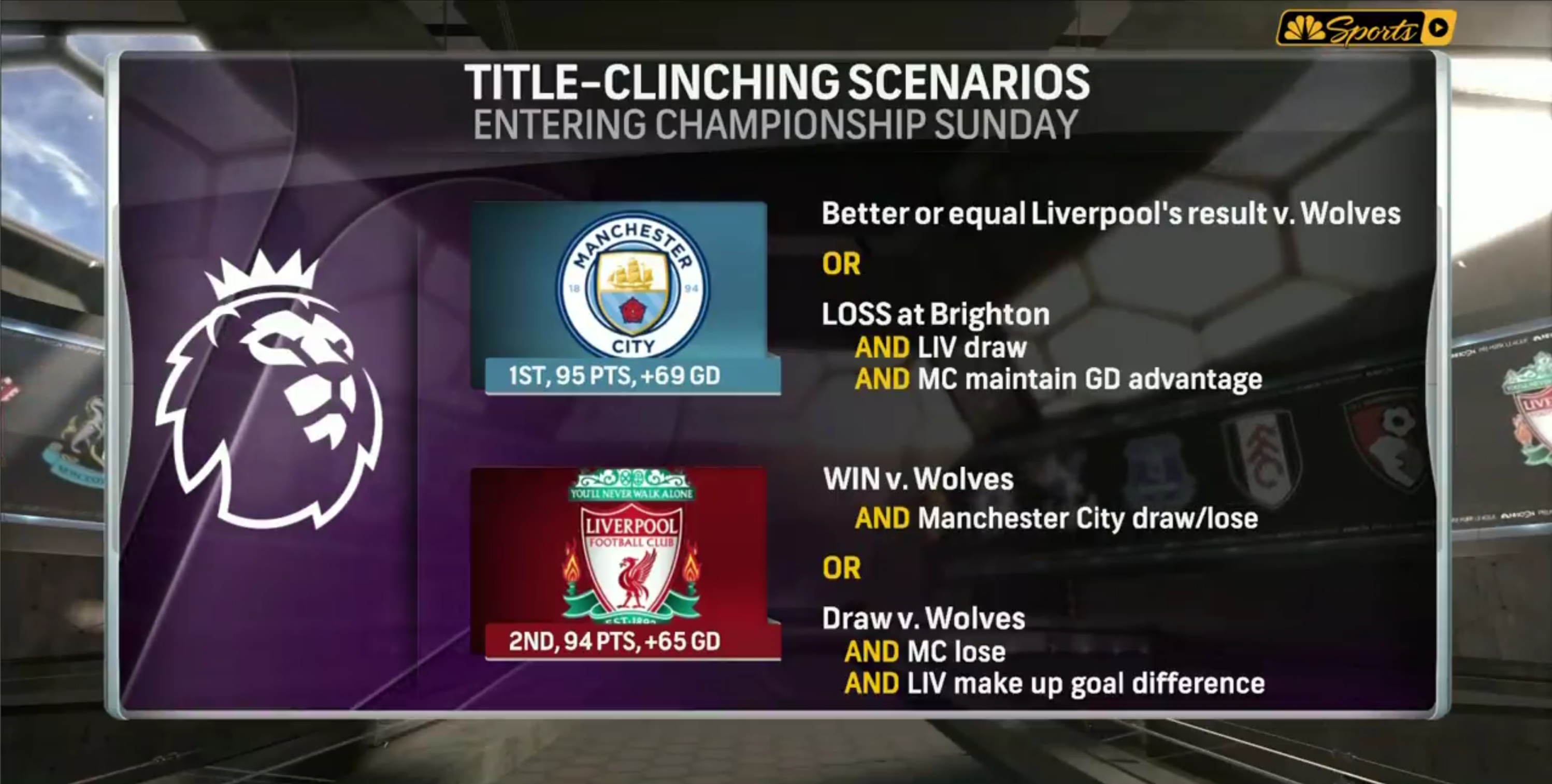 The final breakdown for the Premier League’s last day, as it concerns Manchester City and Liverpool.

So who will be crowned champion? Stay tuned to NBC Sports—it’s setting up to be a wild finish this season.

Born in Brooklyn and raised in Boca Raton, Ricky J. Marc is an alumnus of the Obama White House and Cornell Paris Institute, a former Florida Senate Legislative Aide, and a graduate of St. Thomas University with a Master of Science in Sports Administration, where he is also currently completing his Juris Doctor degree.

Should the Heat Take a Flier on DeMarcus Cousins?

Thirteen possible players for the Dolphins
Scroll to top