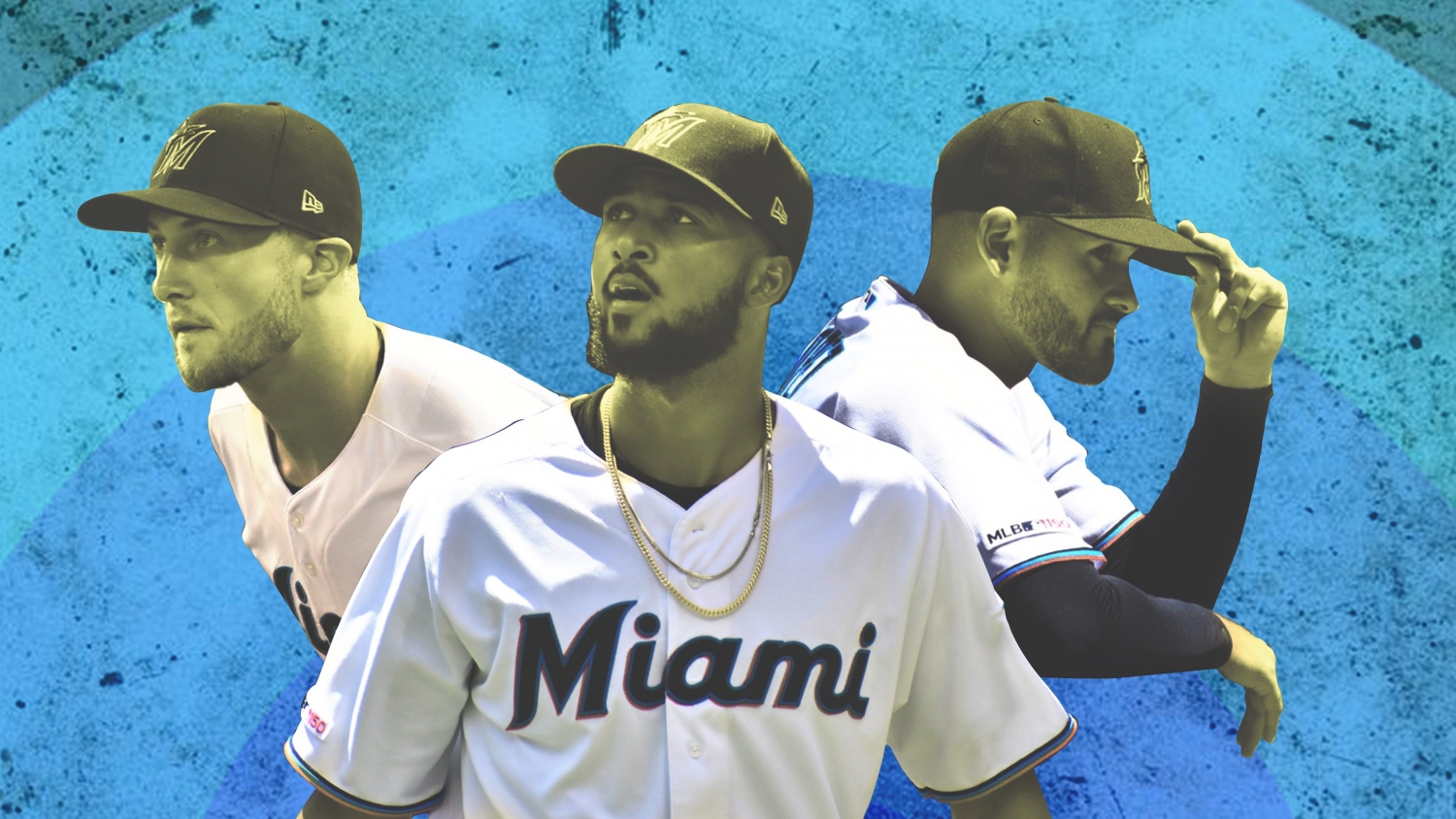 Okay. Let’s talk about the Marlins.

I felt it was important to preface this piece with that fact because I couldn’t care less what the Marlins’ record is this season. The Marlins could lose over 100 games this year and be the worst team in baseball and I wouldn’t care because, after these first two series, I know one crucial thing: They’re going to entertain us.

It’s all about the starting pitching. While I think Jose Ureña will rebound from a rocky first couple of starts, I am focused mostly on the four young guns (yes, I know Ureña is only 27, but we pretty much know what he is at this point). Some of the fanbase has referred to them as the #BabyFacedAces — 25-year-old Trevor Richards, 23-year-old Pablo López, 23-year-old Sandy Alcántara, and 27-year-old Caleb Smith.

Richards is a Miami Heat-esque development project — an undrafted free agent who the Marlins have turned into a front-line starter. López was a result of the David Phelps trade in 2017. You remember Marlins superstar David Phelps? Alcántara has the most hype around him as the key piece of the Marcell Ozuna trade from before last season. And Caleb Smith was traded alongside Garrett Cooper (your Opening Day Right Fielder before his injury) from the Yankees in the first trade of the new Derek Jeter led regime. All of these arms are headed into their second season with the big club, and all of them will entertain you.

The stuff is not a question with any of them. In fact, the only one who might have a stuff issue is Trevor Richards, who probably has the best changeup in baseball.

Everything Pablo throws twists and turns more than Sarah Sanders’ reasoning when asked why the President’s tweets what he tweets.

Oh. You’re a big fan of Sandy? Tell me more, tell me more. Watching him throw on Sunday had everyone watching calling him a…

And Caleb Smith…well, even though he’s aloof enough to dodge pictures and avoid being in our graphic at the top of this page, he might actually be the best of them all. The lefty of the crew came off a lat injury that ended his solid 2018 campaign and earned his way back into the rotation with a dominant spring.

Caleb Smith is going to be a monster once he’s let loose. Big K numbers are coming.

After the first 7 games, Richards is the only one of this group to have made 2 starts. In their 5 combined starts, the group has collectively allowed just 22 hits while striking out 32 and maintaining a 2.67 ERA in 30.1 innings pitched. That’s pure dominance. It’s early — I mean it is WAY too early — to talk about any of this type of stuff, BUT if that combined ERA were the ERA of a singular pitcher in 2018, he would have had the third best ERA in the National League behind only Jacob deGrom, Aaron Nola, and Max Scherzer.

I do get the concern with the team, though. I know I am looking at this through proverbial rose colored glasses, and I am choosing to be more positive than most people who have been rooting for this since since its inception. There are plenty of things people around the South Florida sports landscape have wanted to complain about headed into this season: attendance, a lack of spending, and a likely lack of winning. But to that that I say…why?

The attendance has been problem for the Marlins since they played in, what was at the time, Joe Robbie Stadium.

Spending was not going to fix much in the lineup, so wouldn’t you rather the team who has a publicly financed stadium spend responsibly when it will actually put them over the top?

And, yes. We know. They traded the MVP. Then traded the next MVP. Then, in my mind, there’s a damn good shot they traded to following year’s MVP in J.T. Realmuto. I, once again, don’t really care. Does that make me foolish? Probably. But the team was not in a position to win consistently or sustainably, and the moves had to be made. We saw the results of that roster. We can cry about it or we can move forward and choose to be excited about beautiful, revamped stadium and a team that could, with a plethora of pitching in the farm system following these #BabyFacedAces, be the Braves of the 90’s in the next few years. You never know.

So, while the Marlins offense this season will likely leave a lot to be desired regardless of their *techinically* hot start, they will be in nearly every game, and that’s pretty much all you can ask for in a team you root for. They’ve been tied or in the lead in the 6th inning in all but 1 of the starts from these young arms, and that is fun. There will probably be 15 to 20 games this season the team gets the breaks beat of of ‘em right from the start — young guys are bound to have off days — but that means there will be 140 games where you can go to the new-look park or sit at home and watch on TV and know your team will have a shot to win.

That is entertaining, and like I said, sports are simply entertainment.

Jeremy Tache, who also works for WSVN-7, is known as our resident optimist — and songbird.

WrestleMania 35 Predictions! Because We Know!