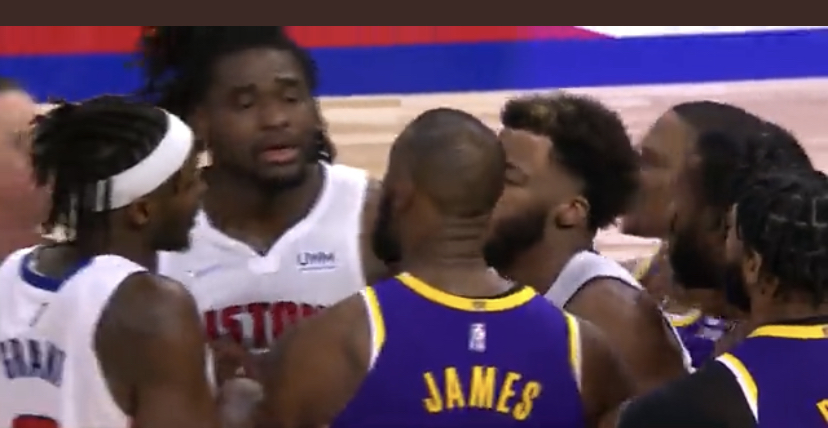 The NBA needs to show it still has some balls. LeBron James lost his self-control Sunday night in Detroit and delivered one of the most vicious blows seen on an NBA court since Metta Sandiford-Artest, formerly Ron, elbowed James Harden over nine years ago.

Isaiah Stewart, a 20-year-old sophomore in the league, was the recipient of James’ brutality.  The strike left a gash above Stewart’s right eye and an understandable appetite to settle the score.

Stewart was physically hurt by a man large and strong enough to leave a regular person comatose had they been the victim.

When it happened, LA was down 12 points with over nine minutes left in the third quarter.  James and Stewart were battling for positioning as Jerami Grant attempted his second free throw.  Then bang.

James turned around, appearing instantly remorseful, but it was too late.  Stewart saw red and rushed after the Lakers star three times, unable to get close enough.

It was one of the rare instances in modern NBA times in which a player wanted to throw hands.  James was fortunate the court was crowded with players and coaches from both teams, as well as refs and police, in between him and the young man he assaulted.

What could have happened if James connected a few inches to the side and hit Stewart’s temple?  Possibly, a concussion or, even worse, permanent brain damage.  Hopefully, it’s something commissioner Adam Silver factors into his disciplinary ruling. 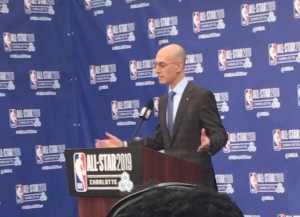 James deserves all of the blame because he was cruel.   There is no chance this is news if he doesn’t forget how to act like a professional by attacking someone 16 years younger than him.  Stewart repeatedly going after James did not look good either.  But it isn’t fair to him for the league to expect him to compose himself when such a massive man could have broken his face.

Anger in such circumstances is a perfectly reasonable reaction.  Stewart should not get suspended for more than a game, and it would look odd if he does.  On Nov. 10, the NBA gave a slap on the wrist to MVP Nikola Jokic, suspending him a game for elbowing Markieff Morris in the back.

James should get a minimum of five games, but Silver barely held Jokic accountable with his penalty.  It made the league look soft on disciplining those with status.  The same mistake should not be made twice in less than two weeks.

It was a sad look for the NBA.  The Pistons public address announcer had to tell fans not to approach the floor.  It was a sour reminder of Malice at the Palace, despite not getting close to the level of destruction that was caused 17 years ago.

Road to the Orange Bowl: The College Football Rankings finally get interest...
Scroll to top