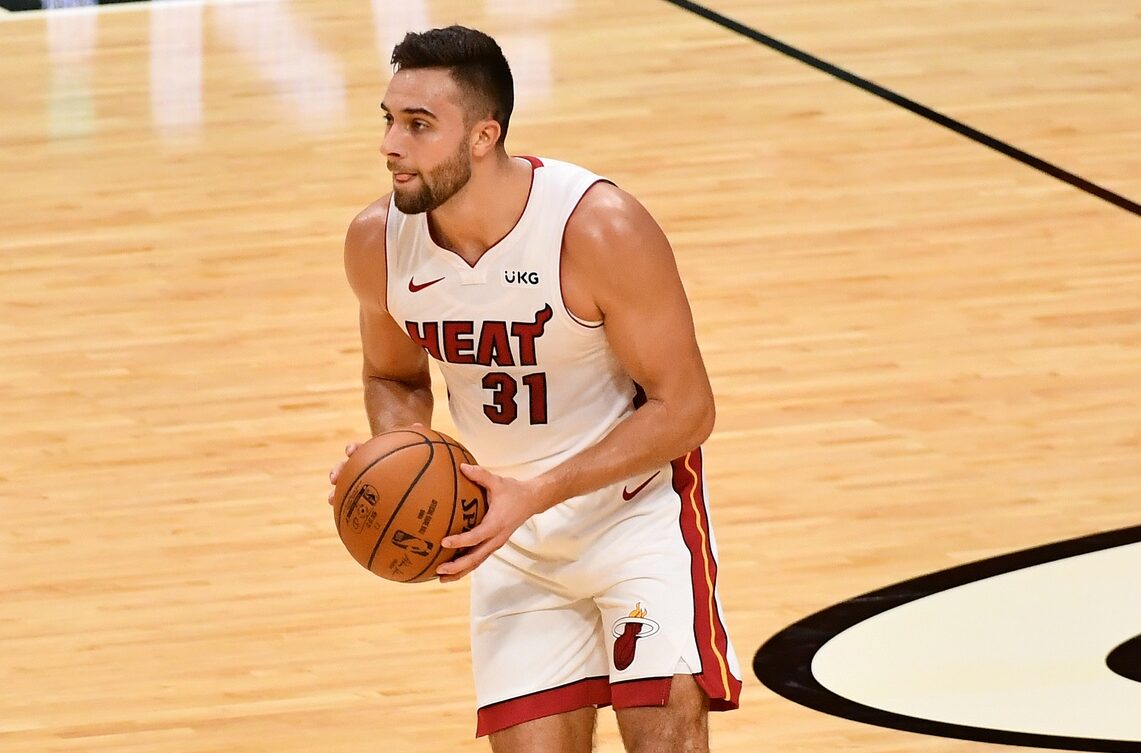 Like the term “Heat Culture”, the Heat’s player development program is something used to justify decisions that the Miami front office has made since Pat Riley arrived in September of 1995. But is it actually as impactful as some may believe?

As we weigh the prospects of players like Gabe Vincent, Max Strus, and Ömer Yurtseven being part of the rotation, should the Heat player development program be trusted?

What does “player development” even mean? For this article, I am defining player development as a staff improving a player to a point they can contribute positively at the NBA level that was not evident prior to joining the team. To be fair, I will be filtering out certain types of players to avoid giving the Heat too much credit.

First, there will not be any top ten draft picks on the list since their evaluated talent was already at a high level prior to coming to Miami. This eliminates some players such as Dwyane Wade, Caron Butler, Alonzo Mourning, Lamar Odom, and Justise Winslow.

Second, there will not be any players who did not enter the Heat organization in their first four seasons in the league. This eliminates some players such as Chris Gatling, Damon Jones, James Jones, “Birdman” Andersen, James Johnson, Dion Waiters, Kelly Olynyk, and Wayne Ellington.

Third, there will not be any players who had previously shown high level talent prior to coming to Miami. While I think Miami’s player development has “sharpened” the skills of great players, this eliminates some players such as LeBron James, Chris Bosh, Jimmy Butler, and Goran Dragic.

And finally, any players without sustained success (minimum of five seasons in the league) will not be included. This eliminates some players such as Sasha Danilovic, Willie Reed, among many others who flashed talent in Miami but fizzled out of the league quickly.

More so than any other position, the Miami Heat have been able to develop point guards at an extremely successful rate. The first of many examples was Anthony Carter (1999-2003). An undrafted player out of Hawaii, Carter went to the CBA before joining the Heat in 1999. Playing in place of an injured Tim Hardaway, he nearly averaged a double-double in the opening round sweep of the Pistons and later hit a memorable baseline floater to beat the Knicks in game 3 of the 2nd round series. Carter went on to a 13 year NBA career and currently is part of the Heat coaching staff.

What would the “Big 3” have been without Rio? Drafted in the 2nd round in 2008, Mario Chalmers (2008-2016) immediately won the starting point guard job in Miami and eventually won two championships. The 34th pick spent eight of his ten seasons in Miami, starting 383 games and has 4th most assists in Heat history.

The most recent example is Kendrick Nunn (2019-2021), who the Heat signed from the G-League after going undrafted out of college. Similar to Chalmers, Kendrick immediately took the starting point guard position in Miami. He started 67 games and was 2nd to Ja Morant in Rookie of the Year voting on a Heat team that went all the way to the NBA Finals. In his two seasons in Miami, Kendrick averaged 15 ppg on 48.5% shooting.

While Miami boasts a strong track record for developing point guards, there is no question they have been a factory for developing shooters. The tradition began in Riley’s first season in Miami when Voshon Lenard was signed mid-season from the CBA. Lenard (1995-2000) spent the first five seasons of his eleven year career in Miami, starting 143 games, averaging 11 ppg, and has the eighth most threes in Heat history.

Over the years, the Miami shooting coaches improved the shooting strokes of players like Bruce Bowen (1999-2001), the late Rasual Butler (2002-2005), and Jason Kapono (2005-2007). However, there is no better example of the Heat developing a shooter than Duncan Robinson. With 530 three point field goals in his first three NBA seasons,

Duncan is already 6th in Heat history and a scorching 42% from behind the arc. He recently became the highest paid undrafted player in NBA history with a 5 year, $90 million contract.

Miami has found undrafted success for championship teams with Joel Anthony (2007-2014), and current assistant coach Malik Allen (2001-2005), but there is no other way to highlight Miami’s development of post players than Udonis Haslem. After going undrafted in 2002 and spending a season in France, Udonis is entering his 19th season in Miami as the franchise’s all-time leading rebounder, second in games played, and part of every championship in the franchise’s history. Udonis has went from an unknown to eventually having his #40 hanging from the rafters.

Ike Austin (1996-1998) found himself as one of the earliest success stories in Heat player development. After finding little success early in his career, Ike slimmed down in Miami and became the NBA’s Most Improved Player in 1997. His time in Miami was short as he was traded away in his 2nd season, and never was able to continue his success elsewhere.

Similar to Austin, Hassan Whiteside was out of the league before joining the Heat and earning a $98 million contract. Whiteside (2014-2019) quickly developed into a nightly double-double threat and one of the best shot blockers in the league. After five seasons in Miami, he ranks as one of the franchise’s best rebounders and shot blockers.

Although he was a lottery pick, many believed Bam Adebayo was drafted too high when Miami picked him 14th in 2017. Just a few years later, Bam is one of the best defensive players in the league and has become an All-Star and Olympic gold medalist. He is far from a finished product, but the early returns from his development could put him on a path to be the all-time best example of the Heat’s player development program.

Over the past 26 years, there are few if any franchises who have consistently found “diamonds in the rough” like the Miami Heat. There is no question that their player development program is one of the best in the league and that is why agents of undrafted players seek out opportunities for their clients to join the Heat. There are also examples of failures along the way, but that is the case for every franchise and those examples are far less significant than the success stories. So when assessing the future growth of current players like Ömer Yurtseven, Max Strus, Gabe Vincent, Tyler Herro, KZ Okpala, and potentially others, you can see the historical path of players who were relatively unknown and unproven, given the chance to shine in the Miami system, and flourished. The beauty of the Miami Heat is that the current pipeline is being manned by coaches who were once products of this system, and led by Erik Spoelstra who himself grew from the film room to head coach.

The Miami Heat’s Defense is Going to Be Special