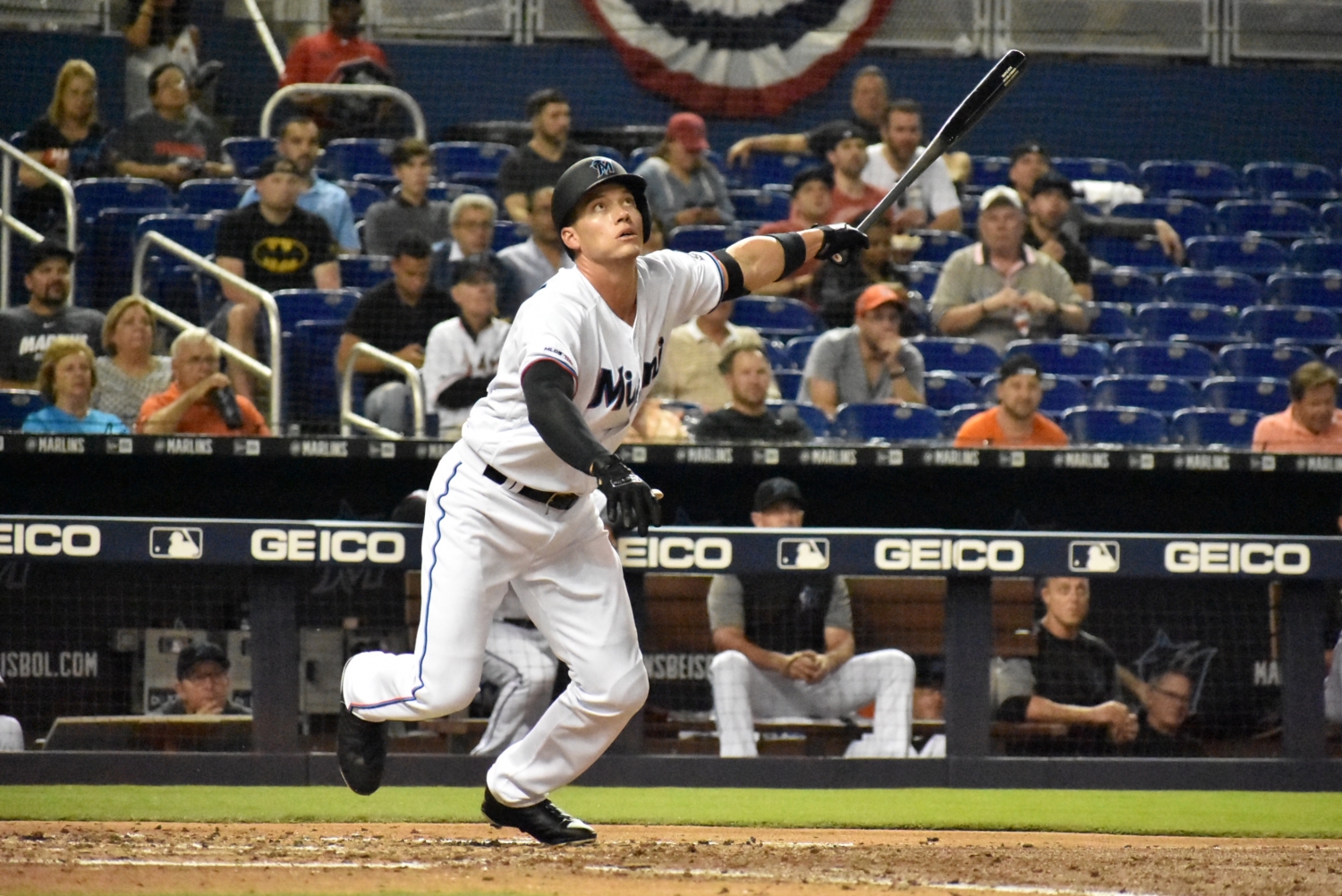 Although nothing is official until the Marlins announce it, help is on the way. OF Austin Dean is being recalled from New Orleans. @SwingsAndMishes #DeanMachine

One week before Opening Day, Peter O’Brien’s face covered the parking garages of Marlins Park. Less than a month into the season, O’Brien is driving out of those garages looking for a new team.

I’m sure when the Marlins originally called up O’Brien in September 2018, the Hialeah-native had to be pinching himself. If you don’t know the background, he spent 7 seasons shuffling between a half a dozen organizations. O’Brien’s impressive list of farm systems includes: Yankees, Diamondbacks, Rangers, Royals, Reds, and Dodgers. All of the organizations had the same problem with him, he didn’t hit. 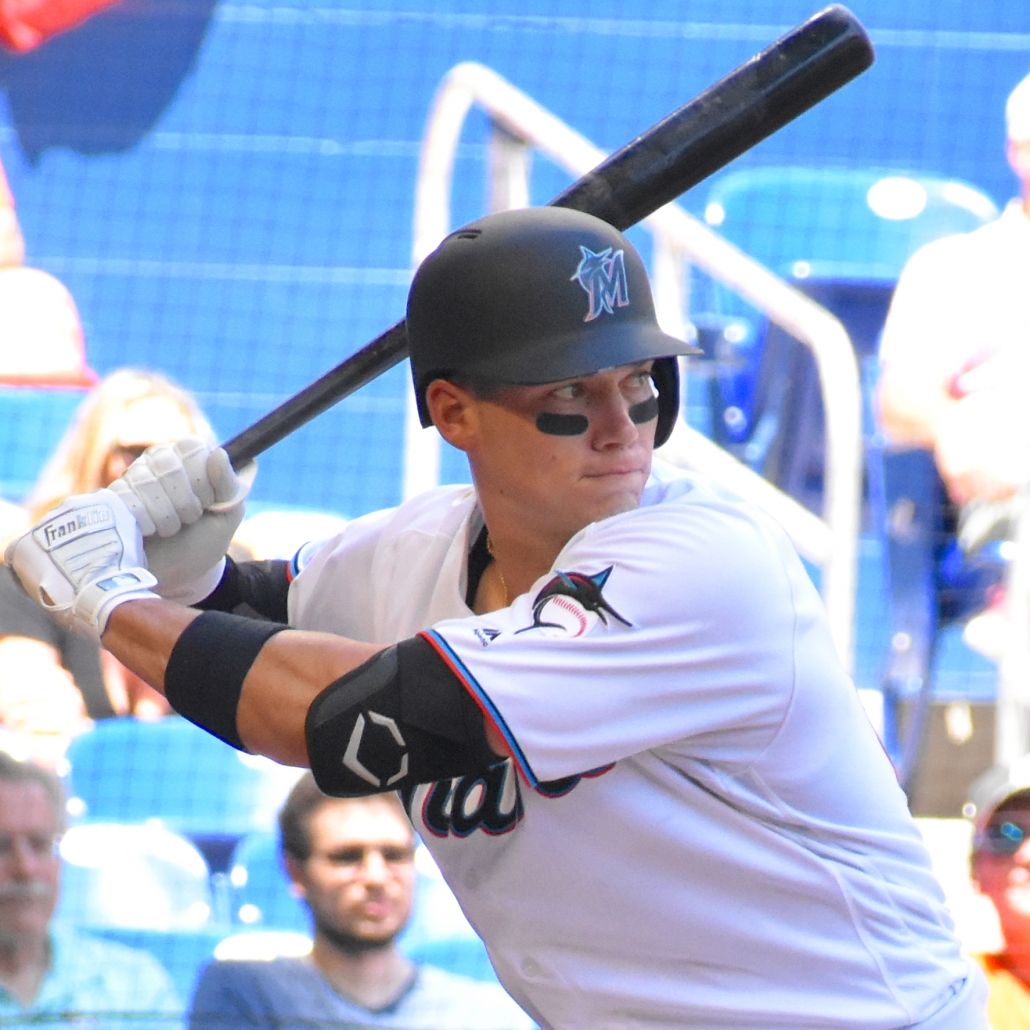 So, when the Marlins acquired him from the Dodgers in a 2018 trade (for Cash), and called him up in September, it was a great story. O’Brien is of Cuban-American descent and played college baseball at the University of Miami. He had a decent cup of cafecito with the big league club hitting 4 September home runs, in 66 plate appearances. Most baseball executives will tell you that the hardest month to judge a player is September. So, take those stats with a grain of salt.  Most baseball fans knows this. In fact, after several organizations dismissed O’Brien’s skills, one would have to think some caution would be used with his Major League ability. There was a 7-year sample size.

7 years wasn’t enough for the Marlins. They used the Ryan Tannehill ‘what about year 8’ plan.

The off-season proved to be impressive for the Marlins off the field. They seemed to hit on virtually everything. The Home Run eyesore, excuse me, sculpture, was eliminated.  The team re-branded the logo and created significant improvements both inside Marlins Park and with their community work. On that front, most lauded the team’s efforts and faith is slowly but surely being renewed. On the baseball side, however, the team built up O’Brien like he was the next Paul Bunyan.

In fact, while so many veteran Free Agents were struggling for work, the Marlins were busy anointing O’Brien their starting Right Fielder. Once the decision was made to move Brian Anderson to Third Base full time, O’Brien was THE guy. He was part of the franchise’s #OurColores campaign, did several appearances for the team including a Golf event, and was even the player chosen to appear on WPLG-TV’s Sports Sunday. You see, O’Brien has power, and what the Marlins missed in Justin Bour, they would have in O’Brien, if not more — or so they thought.

A big thanks to @Marlins 1st baseman Peter O'Brien for joining us on @Local10Sports Sunday to talk about the upcoming season, his development and his boss, Derek Jeter. pic.twitter.com/1YH628q7Kc

The fantasy continued into Spring Training. O’Brien struggled to make contact, and basically spent the first two weeks doing what he has done throughout his career. After 2 weeks, he looked just like the guy 6 other organizations had given up on. The Marlins, however, maintained that his approach was sound. I, personally, was told that he was doing things people don’t see on the backfields. The Marlins were happy with him.

As Spring camp came to its close, all of a sudden, it became very apparent that at the very least O’Brien was being pushed by Garrett Cooper, who made good contact all spring and boasted a .400 batting average. Cooper made more progress than the team had expected coming off a wrist injury, and had made a solid impression.

On Saturday March 23rd, O’Brien was in the Marlins starting lineup in their spring game.  Then, suddenly, he wasn’t. A meeting of the Marlins’ minds determined O’Brien would be sent to Triple-A and it would be Cooper in Right for Opening Day. O’Brien packed his stuff, walked over to the Minor League Clubhouse and prepared to don a Baby Cakes jersey. 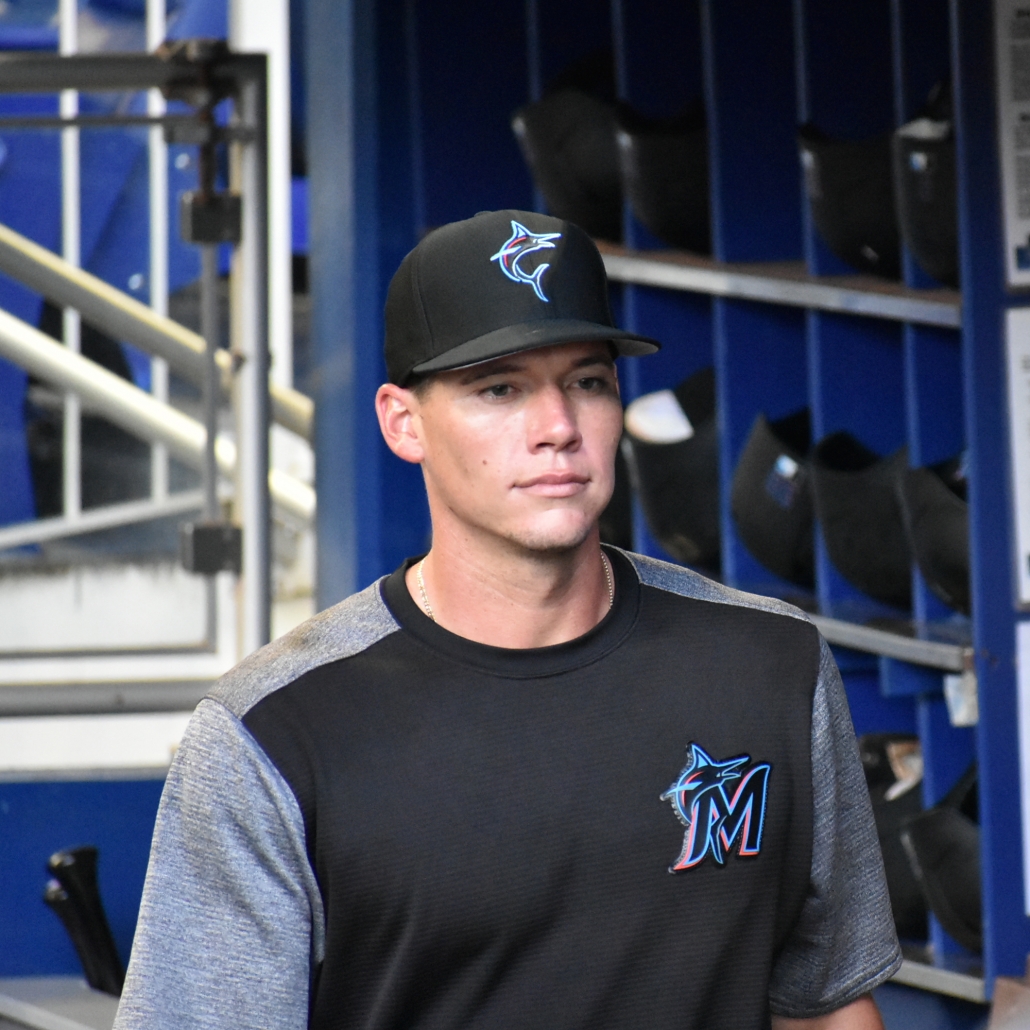 Fortunately, Cooper proved to be a solid backup plan, masking the mistake made with O’Brien.

Then, Cooper got hurt.

Since O’Brien’s recall, he’s been completely over-matched. He stuck out in about 50-percent of his at-bats. This is the same player the Marlins were counting on as their power source. He hits it a long way (in batting practice). The problem is, most of the time, he simply doesn’t hit the ball.  This off-season, the Marlins put O’Brien in a position that a player who had failed 6 times before, should not have been put in. He was told to represent the team with class AND have a solid back of the baseball card. He got the first part right.

The Marlins clearly did not have a sound backup plan here, and that’s alarming. They were fortunate that Cooper played as well as he did, until he couldn’t. Upon O’Brien’s return, it has taken less than 10 games for the Marlins to realize what everyone else did. O’Brien can’t consistently hit major league pitching.

This isn’t all on O’Brien. From all accounts, he’s a fine young man and had a pinch-me moment being one of the faces of his hometown team. Perhaps O’Brien being a South Florida resident factored into their decision to use him in several of their plans, but it doesn’t excuse the mistake. Find someone else. Maybe the Marlins wanted to buy into the story. Or, perhaps they were fooled here. If so, that’s a problem.

This indeed is the first significant red check mark for the new regime’s on-field baseball resume.  The result is in on this one, and it’s at best a poor baseball decision. The Marlins offense was never going to be great, but O’Brien was going to be one of the reasons it wouldn’t be as bad as some thought. He’s not, it is. The Marlins can’t afford to make mistakes like these. It makes everyone look bad, especially Peter O’Brien.

Craig Mish (@CraigMish) is the host of Swings and Mishes with Jeremy Tache, which posts weekly on this website and major podcast platforms including Apple Podcasts and Google Podcasts.