As a brand new club, fans, owners, players, executives, and everyone associated with the team looks forward to the “firsts.” The first game, the first goal, the first win (soon please), and even the first home game. In a perfect world, the first home game for a brand new team comes within weeks of the season’s kickoff. In today’s world, Inter Miami will finally play its first-ever home game just a short five months and eight days after its original date.

The stadium is stunning. Driving on Commercial Boulevard now will have heads turn like never before. In a short time, Inter Miami miraculously had built a stadium that was ready for MLS action.

Old Lockhart Stadium was demolished on May 8 of last year. In what needed to be a quick turnaround, the construction of Inter Miami CF was happening quickly as a Spring debut seemed unlikely. 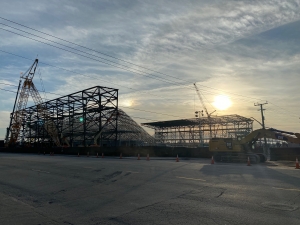 It took about six months for the structure to be built, and that was just the interior. Every day new and noticeable improvements seemed to be made at the site. A local Youtube channel, FutbolMiamiTV, had a running series hosted by Pieter Brown (@pieter_brown) that documented a ton of the construction as it went on. 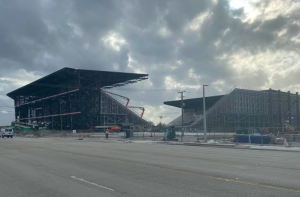 Some color was added along with stands behind the goals by January. The stadium still had not seen the colorful seating that was yet to be inserted. 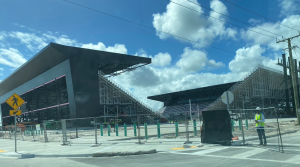 Finally, by February, a month before the first game was meant to be played, fans had a real sight of what the stadium would look like. Pink, black, grey, and white seating, along with a dark black exterior with pink accents, highlighted the looks of the club’s new home.

Just four days before March 14, the day Miami was set to play LA Galaxy in its home debut, fans were let into the stadium for a special event. A day later, everything changed. 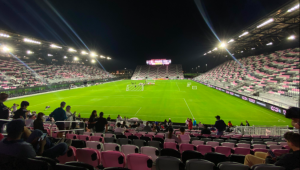 MLS was faced with a tough decision in the following days as March 11 would be the day that the NBA announced their shutdown. A day after a special event for fans, three days before the club’s home debut, MLS announced that they would be suspending the 2020 season.

No other club, not even expansion club partners Nashville SC, will ever have to endure such a long wait to play in their first home game. Over five months since the club’s debut game, Inter Miami will finally be able to play a competitive game in South Florida. Fans in the stands are one of the critical aspects of playing at home, especially for the first time. Unfortunately for Miami, “La Familia” will not be in attendance any time soon unless it’s their cardboard $5o cardboard cutout.

The idea of no fans may hinder some of the excitement, but there’s not enough taken away to say this won’t be a monumental day. August 22, a revenge game against in-state rivals Orlando City, will be a day for the club to remember. Let’s hope the team looks a lot stronger in Fort Lauderdale than they did in Orlando.