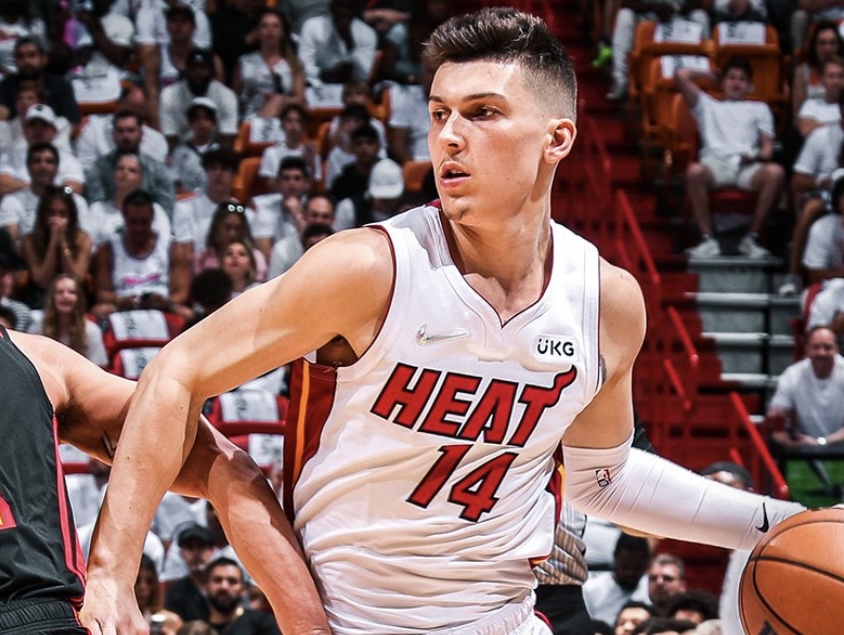 The Heat kicked off game 1 of the playoffs against the Hawks with a bang. High level offense, suffocating defense against Trae Young, and overall productive play 1 through 9.

So, here are some game 1 takeaways, which is hard to limit to 5…

#1: The rotation move with Gabe Vincent, clearly a timely one.

When looking into the Heat’s rotation, it has been a topic all season. Who would be the odd man out? Gabe Vincent? Caleb Martin? Duncan Robinson? And well, the answer to that question in game one was Martin. While I felt like Martin could be useful in the defensive planning of Trae Young, they saw more value in that extra ball handler who has shown can bother smaller guards. He continued to get into the grill of Young, bothering him to a 1 of 9 first half. The last play of the first quarter summed it up, as he doubled Young off pure instinct, leading to a chucked up three on the right wing. Plus he gave them two timely threes on the other end in that first half. The halftime takeaway: his impact was big.

Max Strus may have stepped into Duncan Robinson’s starting spot, but that didn’t mean that pushed Robinson out all the way. Strus was still entering his first career playoff game, and we saw a minutes shift in that first half. Robinson at 15, Strus at 9. But it wasn’t about the 3 triples that stood out about Robinson early. After the second three, a run was building. The ball found him on the right wing, he gave a strong pump-fake, drove down the lane and got up in the air. He found Butler on the left wing, hit him, who swung it to Lowry for the corner three. The crowd went crazy, and at that very moment, you could see that was a confidence season high for Robinson. Having a shooting threat to this degree of the bench is absolutely major, and he can swing games depending on the match-up. This is one of them.

There is a lot that can be taken away from this game, but Kyle Lowry’s overall control and leadership was evident. It’s not just the cliche stuff you hear people say all the time, but his fingerprints were on everything early on. Getting the crowd involved, hitting big shots, feeding confidence into others by being in their ear. That is the difference maker between this team and past ones. We know what Butler is. He’s the top threat who can get things chippy as he did with Young to start the game. But Lowry is the calming force who can keep everyone in check both on and off the floor. Veteran leadership shouldn’t be overlooked, and having that at point guard is showing to be a different beast in the playoffs.

When I say that Young shot 1 of 9 from the field in the first half, that doesn’t even do it justice. They were on him, with a fluctuating group of Vincent, Lowry, Butler, Tucker, and Adebayo all taking turns. Sending doubles, staying home on shooters, and allowing the guys within the action to handle Young, which worked out well. But Bam Adebayo individually deserves some love, since he was straight up covering major ground possession after possession. One play in the second quarter consisted of Young driving down the lane, Adebayo trailing, and him stealing it right out of his hands like he was taking his lunch money. Clearly, this team can ruin people’s days defensively, and even more-so when the focus is on one individual guy.

#5: Back to the usual PJ Tucker experience.

We already knew PJ Tucker would be one of those highly useful deep playoff run guys, since his defense is super valuable, plus we’ve seen the corner shooting come up big late in games in the past. And well, we got a look at that in the third quarter tonight. 3 triples from the exact same spot to begin the quarter, and you guessed it: from the corner. But his flashes of impact as a roller struck once again. Nobody’s sticking with a Tucker pop or roll most possessions, since the goal is to send two at the shooter on the opposite end of the screen. Yet, that floater from earlier in the year becomes more and more useful. He’s going to have gaps like that against every team, and him taking advantage could swing a series. He’s a safety valve for the guards, and a pretty good one at that. 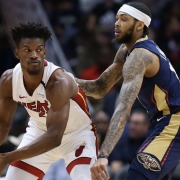 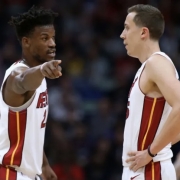 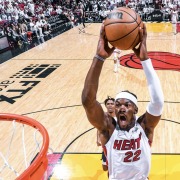 Five Takeaways from the Heat’s Game 5 Win Over Philly 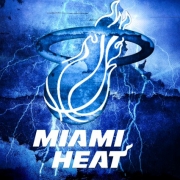 Home is Where the Heat is: Why Miami Needs Home Cooking
0 replies