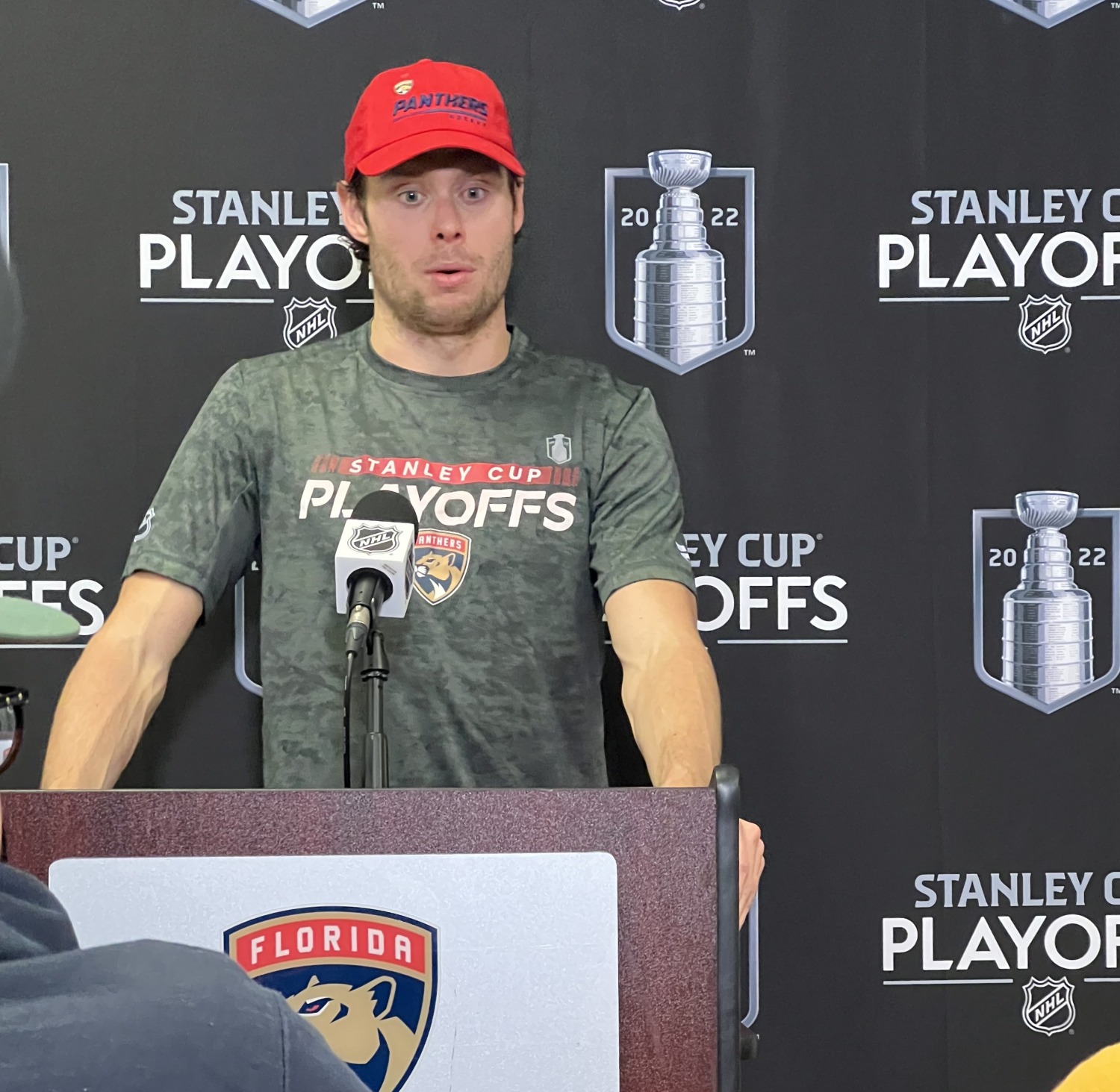 SUNRISE – With the series tied heading into Game 5, Florida was back at home on Wednesday night at FLA Live Arena, looking to take a 3-2 series.

The Panthers went down in the game early, facing a 3-0 deficit, however, once again, the cardiac cats made the comeback, defeating the Capitals 5-3.

Carter Verhaeghe has been the best Panther skater through the first four games of this series and it continued in Game 5.

If it wasn’t for his second period contributions, the Panther’s would not have been in the game.

The Catas were down 3-0 and life was sucked out of the building. It seemed like it was going to be a repeat of the 6-1 Game 3 blow out. With the Panthers’ looking like they were about to cave, number 23 finally got them on the board.

Verhaeghe didn’t stop there; he picked up two assists after the goal, bringing the game to a 3-3 tie.

He wasn’t done there. 3:04 into the third, Swaggy scored again, blowing the roof off FLA Live Arena. Florida took a 4-3 lead.

The man of the night wasn’t done, slipping a beautiful pass to Claude Giroux. G didn’t waste his golden chance, burying his second goal of the playoffs, giving Florida a 5-3 lead.

The power play continues to struggle

Talking about this power play is like beating a dead horse. Once again the Panthers had their chances on the power play and once again they struck out.

Luckily they once again found a way to get a favorable result despite striking out on special teams, going 0-for-3 on the man advantage.

They are 0-for-16 through five games.

Imagine how many goals this team would score if they could capitalize on the man advantage. Until Friday…

When a team is down three goals, there’s a good chance they aren’t coming back, unless that team is the Florida Panthers.

The Cats were down 3-0 early in the second period, all life seemed to be sucked out of the building. The Capitals continued to push, dominating zone possession with the three goal lead. Florida on the other hand was panicking. They couldn’t catch a pass, their defensive zone coverage was subpar; they looked like they were going to get blown out.

We mentioned earlier, the Carter Verhaeghe effect. He was that small jolt of life the team and crowd needed. The second his first goal found twine, you could feel the energy slowly pick up.

When the Panthers cut the lead to one, you couldn’t hear the person sitting next to you speak and the Panthers fed off that. Instantly the forechecks got faster, the plays got smarter, the boys were buzzing.

You could feel the comeback was looming… and it did.

Sergei Bobrovsky turned it up in the clutch

Bobrovsky has been the man who has kept Florida in games all series. Tonight, he didn’t let three early goals deter his performance down the stretch.

A desperate Washington team turned it on late in the third period, down one goal. Bob was the brick wall standing in their way, stopping his last 20 shots faced, many coming from the front of the net in the third.

The Cats got their goals, their goalie got his saves in the clutch. The team heads to Washington with a 3-2 series lead.

South Florida is a hockey market

This arena was bouncing from the second the gates opened. When Giroux scored the fifth goal of the game, every person in the arena screamed at the top of their lungs.

A good team brings a wanted product to the market and that’s what the Panthers have shown this season.

We said home ice would be huge in the playoffs for the Panthers and tonight, the crowd proved that in the comeback win.

More success will bring the fans coming back for more and with a chance to win the series on Friday, believe the Cats fans are ready for more playoff hockey.