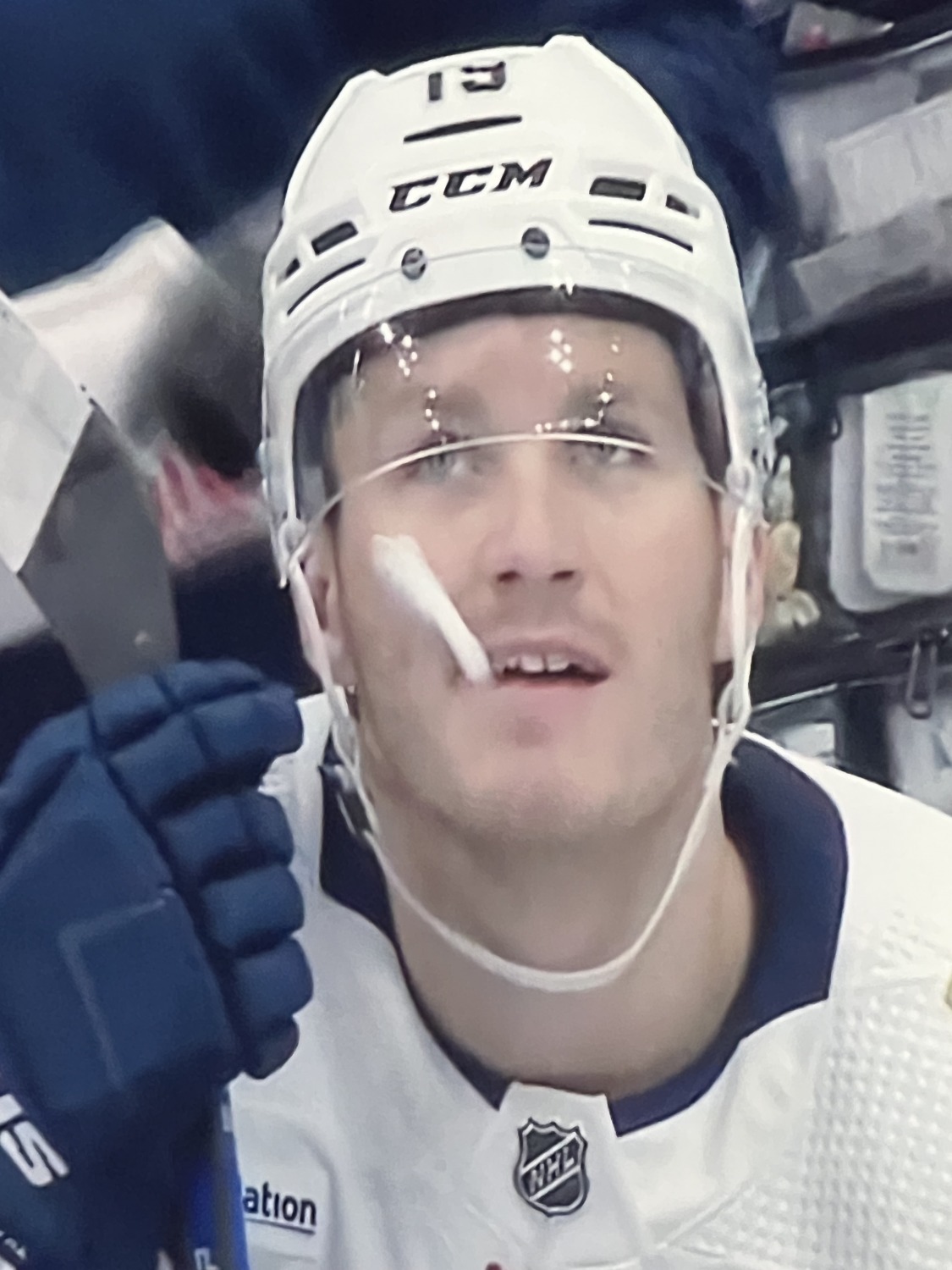 Panthers hockey returned tonight in Long Island, with Florida facing off against the New York Islanders in their first game of the 2022-2023 season.

Backstopped by a strong Sergei Bobrovsky performance, the Panthers spoiled the Islanders home opener with a 3-1 win at UBS Arena.

Five takeaways are back, here we go.

Matthew Tkachuk made his presence felt all over the ice

In his first game with the Panthers, Matthew Tkachuk showed flashes of why Florida traded for him.

On his first shift of the game, the 24-year-old forward displayed his flair, shooting the puck between his legs not once, but twice in front of goal on the power play.

His hockey IQ was prevalent all game long. Without the puck in the offensive zone, he put himself in danger areas, usually the slot.

Tkachuk was just as dangerous carrying the offense in transition. In Calgary, there were countless times he walked in on the opposition and left them in the dust. He had more than a few of those chances tonight, with over 15 shot attempts in the game.

Tkachuk’s efforts were rewarded as he put away an empty net goal in the final minutes of the game, giving him his first as a Panther.

The new look power play had its chances, but didn’t capitalize

With the start of a new season, new systems were implemented by Paul Maurice and his coaching staff. One of those was the Panthers’ power play.

In the playoffs last season, Florida was anything but good on the man advantage, going 1-31 in 10 games.

With the acquisition of Tkachuk, Florida opted to use him down low on the PP, hovering him between the goal line and the front of the net. The fluidity of the power play seemed to be there with Florida using Tkachuk as the bumper while Aaron Ekblad and Aleksander Barkov set up shop on the boards.

The Panthers had plenty of zone time on the power play, with a plethora of chances at goal, but the puck didn’t find the back of the net as Florida went 0-5 with the extra man.

Good goaltending will keep you in games and that’s what Sergei Bobrovsky did for Florida tonight.

The Panthers had a few defensive slip ups in their own zone, specifically in the opening period, giving the Islanders some golden scoring opportunities.

Bobrovsky didn’t let the onslaught of Islanders chances deter him as he stood tall, keeping out all 17 shots he faced in the first.

The Islanders didn’t beat Bobrovsky until they got on the power play in the third period. Anders Lee had a nice screen in front of goal, leaving Bob without vision of the puck. Noah Dobson finished the job.

After giving up one, the rest of the night he was lights out. The Islanders continued their flurries of attacks but the Panthers goalie kept the door closed, only giving up the one short handed goal.

Bob finished the night with 32 saves.

Eetu Luostarinen gets his shot in the top 9 and capitalized

Luostarinen got the bump to start the year as Paul Maurice moved the Finn onto the third line with his fellow countryman Anton Lundell.  This pair was also a line on the penalty kill.

Last year, Eetu grabbed his spot in the roster but most of that even-strength ice time was as the fourth line center. Tonight, rather than being the bottom line middle man, Luostarinen was put on the wing higher in the lineup.

Maurice’s decision paid off as Luostarinen scored the first Panthers goal of the season, off of a beautiful tip from Radko Gudas’ point shot.

For a good portion of last season, Florida’s second line consisted of Anthony Duclair, Sam Bennett and Jonathan Huberdeau. With Duclair on the IR and Huberdeau now a Calgary Flame as part of the Matthew Tkachuk trade, the former  ‘9-1-1’ second line is a thing of the past.

While last year’s line 2 was speed and craftiness, this line screamed grit and physicality.

Paul Maurice emphasized winning the board battles when we spoke to him at training camp. This line was doing just that in the offensive zone.

We already knew going into the game what Tkachuk and Bennett were capable of, the question was how Balcers would do with a top 6 role. He didn’t seem out of place in his first game with the team.

This line may not stick together the whole season, but it looked good tonight.

The NFL dream start, and the disaster