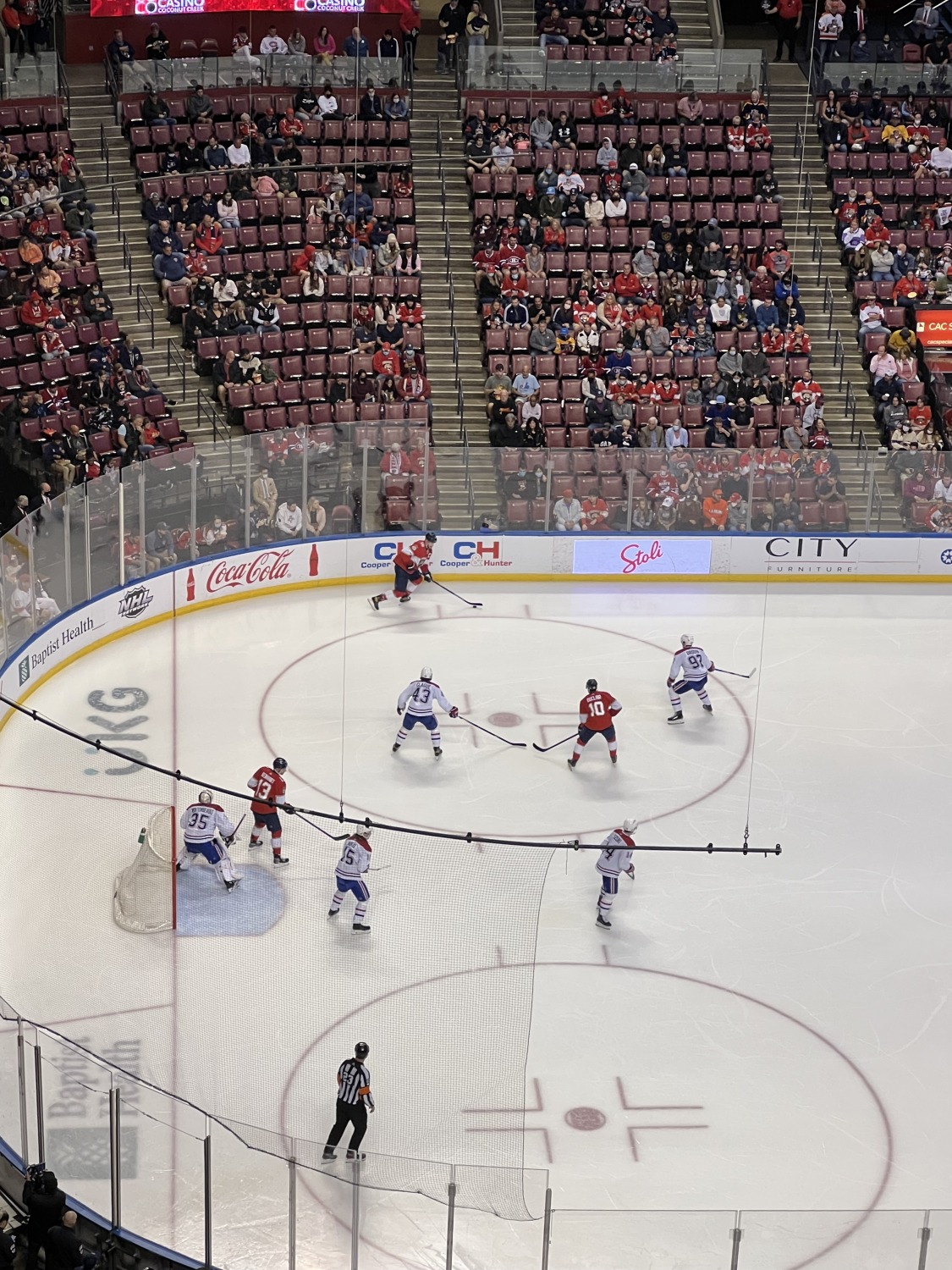 The Florida Panthers started off the new year on a strong note, defeating the Montreal Canadiens 5-2. The Panthers have won three straight games in the last four days.

Here are the five takeaways from this afternoon’s game.

Every team across the league has been affected by COVID protocols over the last few weeks, including the Panthers before they were shut down for 2 weeks. Montreal came into today’s game with 11 forwards, 5 defenseman and a third string goalie. A large chunk of the Canadiens players spent time in the AHL this season and one of their rookies who made his NHL debut today played in the ECHL this season, which is two tiers below the NHL.

The Canadiens went toe-to-toe with one of the best teams in the league. When Florida scored on their first shot, Montreal countered and did the same. They took a brief lead over the Panthers off a goal by Nick Suzuki before Florida scored four unanswered. Montreal iced an AHL caliber team against Florida and they held their own.

Florida’s first three goals happened because of great puck movement. The team was moving the puck quickly and effectively which led to the scoring chances. Over passing could be a problem but it didn’t affect Florida’s scoring chances, they had plenty today.

# 3 Sam Reinhart can dish the puck

Reinhart must have enjoyed his holidays because he came into 2022 looking to dish out gifts to his Panthers teammates. He had two primary assists today, the first one coming on Barkov’s tying goal, the second coming on Vatrano’s 3-2 go ahead score. Reinhart had to make perfect passes in tight areas on both chances and he delivered.

After missing the 9-3 barrage against Tampa, Sam Bennett was back in the lineup today and he immediately made his presence known. Just 32 seconds into the game Bennett opened the scoring on Florida’s first shot of the game.

He wasn’t done with the early scoring. To start the third Bennett cut his goal time in half, putting one past Montreal’s Sam Montembeault just 15 seconds into the period. Bennett finished the game with two goals.

When the calendar year concluded yesterday, only two players had more points than Jonathan Huberdeau; it was Connor McDavid and Leon Draisaitl of the Edmonton Oilers. Huberdeau finished tied with Auston Matthews for third most points in 2021 with 99.

After a five point outing against Tampa on Dec. 30, Huberdeau continued his 2021 dominance in 2022, grabbing three points against his childhood team. Huberdeau has eight points in the last two games.