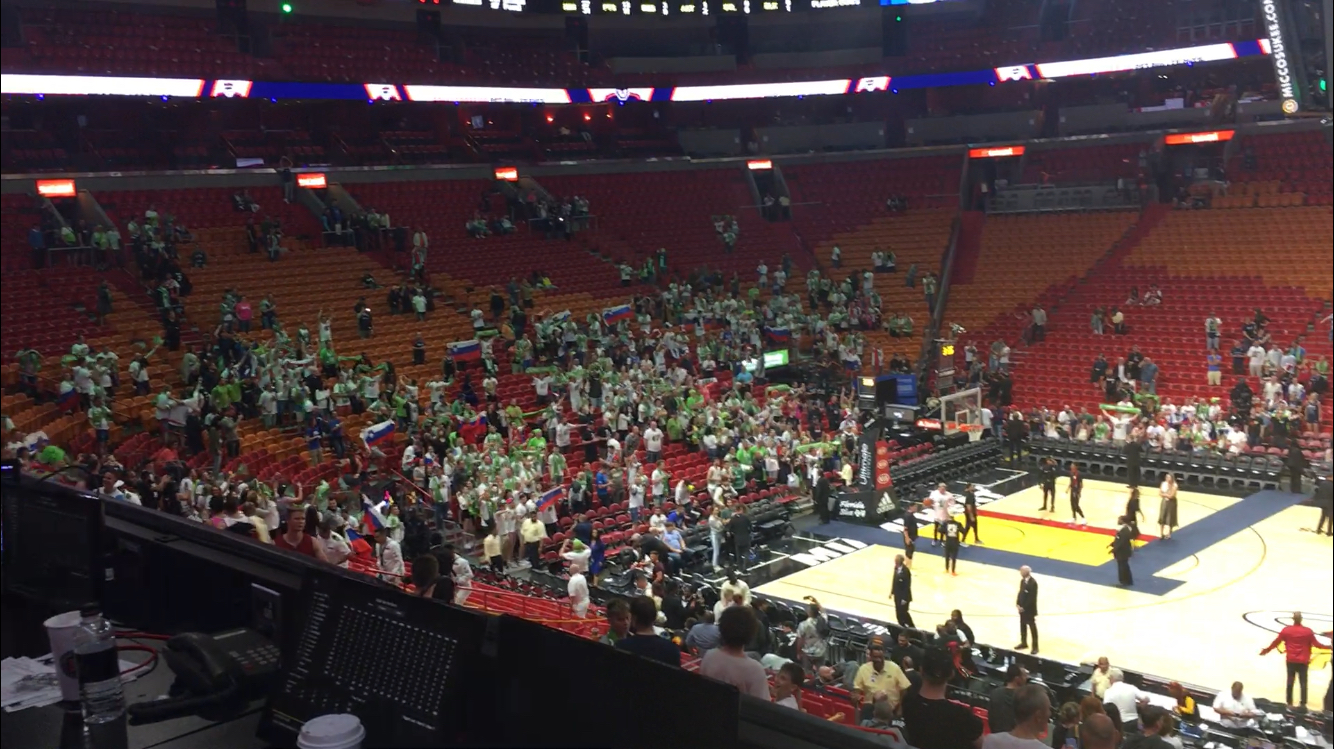 Goran Dragic played his best game of the season Thursday, filling in as a starter for Justise Winslow and Josh Richardson and recording a triple-double in a needed win for the Miami Heat against the Dallas Mavericks.

But neither he, nor certain Rookie of the Year forward Luka Doncic on the other squad, were the Slovenian stars of the occasion.

No, those were the fans, who gathered at Bayside, started chanting from all sides of AmericanAirlines Arena prior to tipoff, and never stopped. Not even when the game did.

This was the scene 20 minutes after the final buzzer:

This is the Slovenian crowd 20 minutes after Heat-Mavs at AAA pic.twitter.com/mrTRKffaW6

And eventually, after showering and speaking to the media, Dragic came out of the locker room to lead more chants.

Hey, can they stick around for the rest of the Heat’s playoff chase?

The Miami Heat have no room for Dion Waiters
0 replies