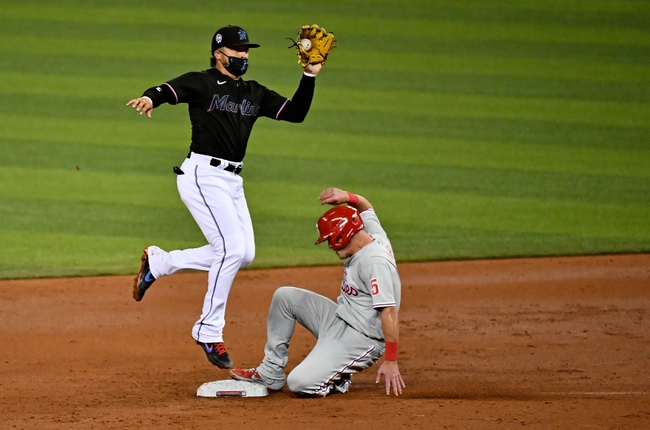 The Marlins played in game 4 of a 7-game series against the Philadelphia Phillies last night. The game remained close until the end when the Phillies broke it open and ended up winning 12-6. The Fish have not been playing their best baseball through these 4 important games, and because of this, they are lucky to have come out with a split 2-2 record. This keeps them at .500, but more importantly, only 1.5 games back of the Phillies for 2nd in the division.

For the Marlins, these slip-ups are becoming more and more common. Jose Urena didn’t pitch terribly after giving up a first-inning Grand Slam to Didi Gregorious. He went 4.1 IP allowing 5 ER on 5 hits. The hitting eventually brought the Marlins back into the game, but the bullpen couldn’t keep things under control. Richard Bleier and Josh A. Smith combined to allow 6 ER on 7 hits in the 7th and 8th inning. This put the game out of reach, handing Jose Urena the first loss of his young season.

Yes, the Marlins lost, but the level of quality at-bats, especially from younger players, is increasing on a daily basis. On any other night, if we were told the Marlins scored 6 runs on 10 hits, we would take it without even blinking. Aguilar and Anderson went deep, cementing a strong middle of the order. Miggy Ro struggled with a hand injury, comparing it to a jammed finger, which is interesting to note as he continues to serve as the Marlin’s most consistent hitter. If the pitching picks up their game, and the bats continue on this upwards trend, the playoffs look more and more within reach.

The Marlins have 3 more games versus the Phillies. As aforementioned, these games become more and more important as the season comes to a close. The Marlins have Sixto Sanchez (2-1, 1.80 ERA) on the mound. The Phillies are yet to announce their starter.