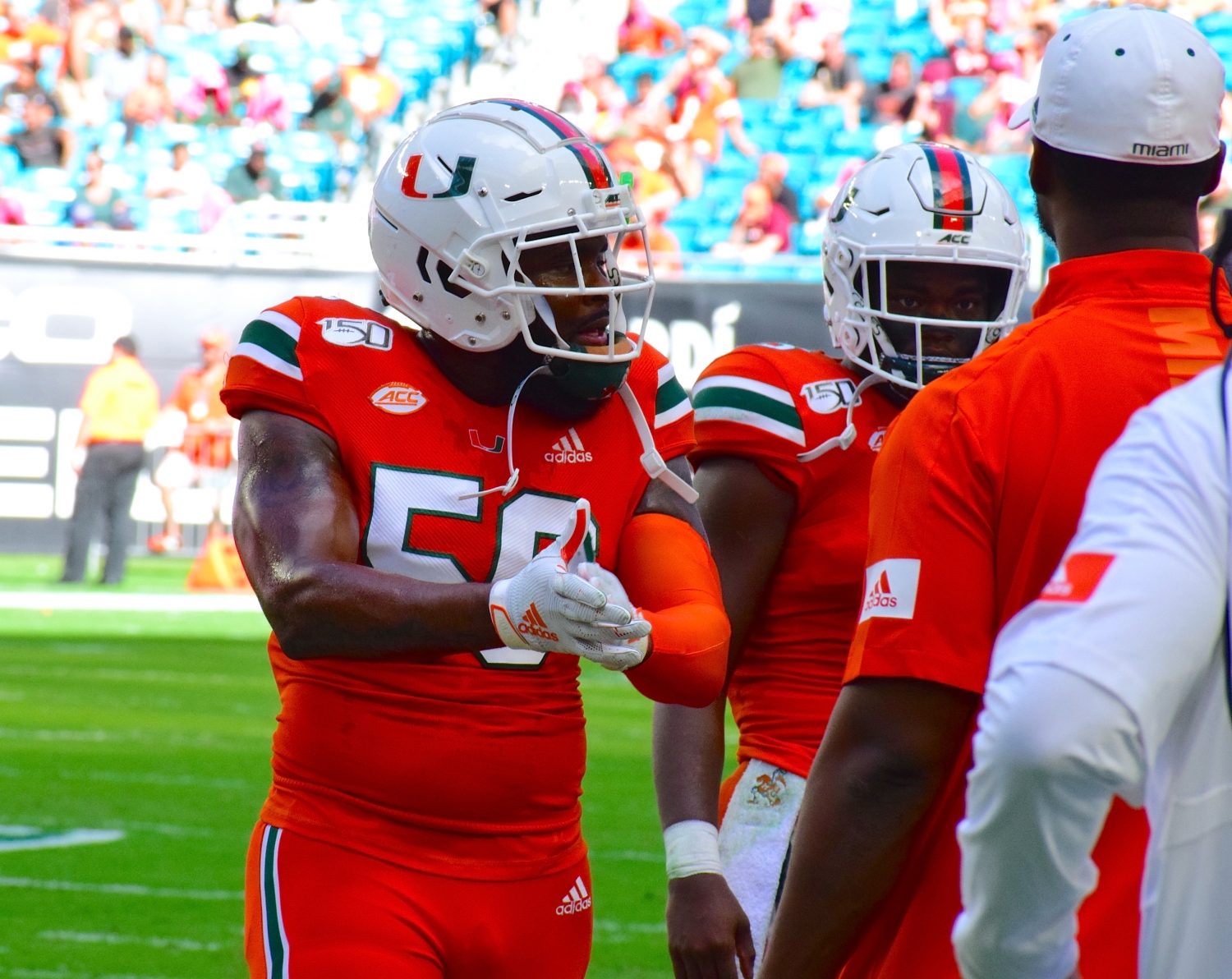 After he had indicated that an impending commitment to Miami could come in the very near future, 3-star linebacker Deshawn Troutman finally made the announcement official on Wednesday night on Twitter.

He chose the Canes over FSU, Minnesota, and Kansas State, and his commitment will be credited to OC/LB coach Blake Baker and TE coach Stephen Field.

Troutman is currently ranked as the 38th best inside linebacker in the country in the Class of 2021 according to the 247Sports Composite. He currently plays at Edgewater High in Orlando but he is originally from South Florida, as he made the move up north for his freshman year of high school. With the help of Troutman’s 89 tackles, Edgewater went 13-2 this past season with an appearance in the 7A state title game.

Troutman joins Ja’Corey Hammett and Tyler Johnson as the 3rd linebacker in the 2021 recruiting class.

Miami’s linebacker corps next season is expected to be very inexperienced so adding a player of Troutman’s caliber will be a big addition to the depth. Miami’s eldest linebackers in 2021 will be Bradley Jennings and Waymon Steed, who’ve both dealt with a plethora of injuries so far in their respective careers.

Initially, there was concern over Miami not recruiting St. Thomas Aquinas linebacker Jaydon Hood harder. As a result, Hood committed to Michigan. But after watching some of Troutman’s film, it’s obvious that despite his 6’1”, 205 lb. frame, he is one of the fastest and harder-hitting linebackers in the state. I really think coach Baker found himself a gem in Orlando.