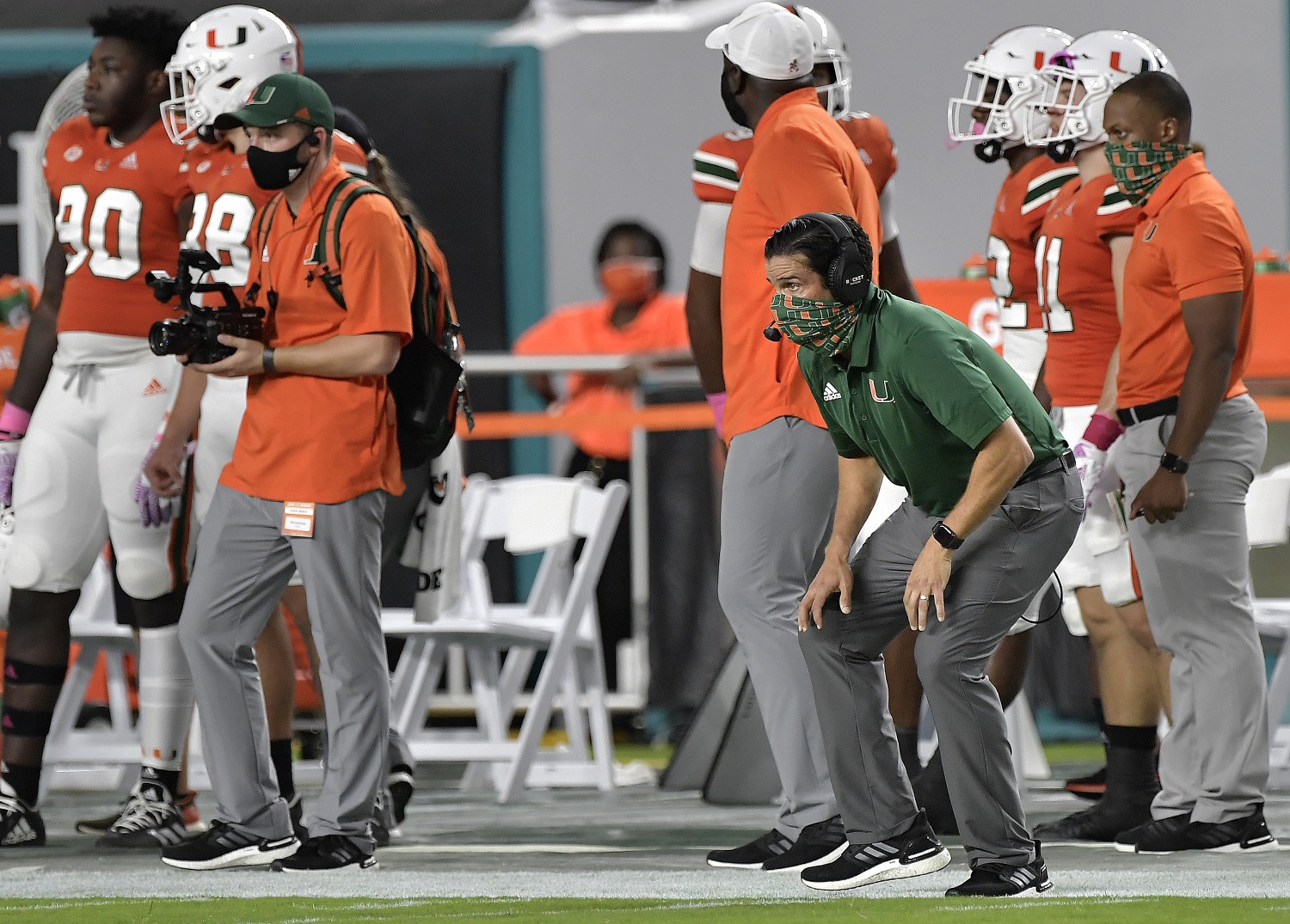 On Wednesday afternoon, it was discovered that two now-former Miami Hurricanes have entered the transfer portal.

The biggest name is QB Tate Martell, who was one of the first big-name transfers that Manny Diaz landed as he began his reign as head coach in January of 2019.

Martell was in contention for the starting QB job that season but lost out to Jarren Williams. Then-OC Dan Enos even experimented with Martell at wide receiver but he ultimately returned under center. He would opt to sit out the 2020 season and he finishes his Miami career with completing his only pass for 7 yards and rushing seven times for a total of 7 yards.

It was very unlikely he would contend for even the backup position this year as Miami returns D’Eriq King as well as highly-heralded freshman Tyler Van Dyke. Miami also signed Jake Garcia in this past recruiting class although it remains to be seen whether he receives a redshirt.

It is worth noting that N’Kosi Perry entered but then retracted his name from the transfer portal. However, it’s looking likely that he will opt to graduate with a Miami degree after this spring and grad transfer to a different program, as he would’ve been the incumbent backup for the second season in a row behind King.

The other Cane opting to transfer is RB Robert Burns. Burns arrived in Miami in 2017 as a three-star prospect but has since dealt with a myriad of injuries that has impacted his ability to get carries consistently.

He saw limited action in 2020 after finding himself buried on the depth chart behind Cam’ron Harris and highly-touted freshmen Don Chaney and Jaylan Knighton. Burns finishes his career in Coral Gables with 189 rushing yards on 47 carries.

In total, Miami has 4 four players that are set to leave or have left this year: Martell, Burns, Perry, and LB Patrick Joyner. Joyner opted to reunite with former Miami safeties coach Ephraim Banda at Utah State.

Stay tuned for a new episode of The Sixth Ring on Friday night at 7 PM, where we will discuss the transfer portal news along with Canes and the Gators, as well as the overall college football landscape and the Senior Bowl.

5 Takeaways from Heat’s Loss to Clippers
Scroll to top