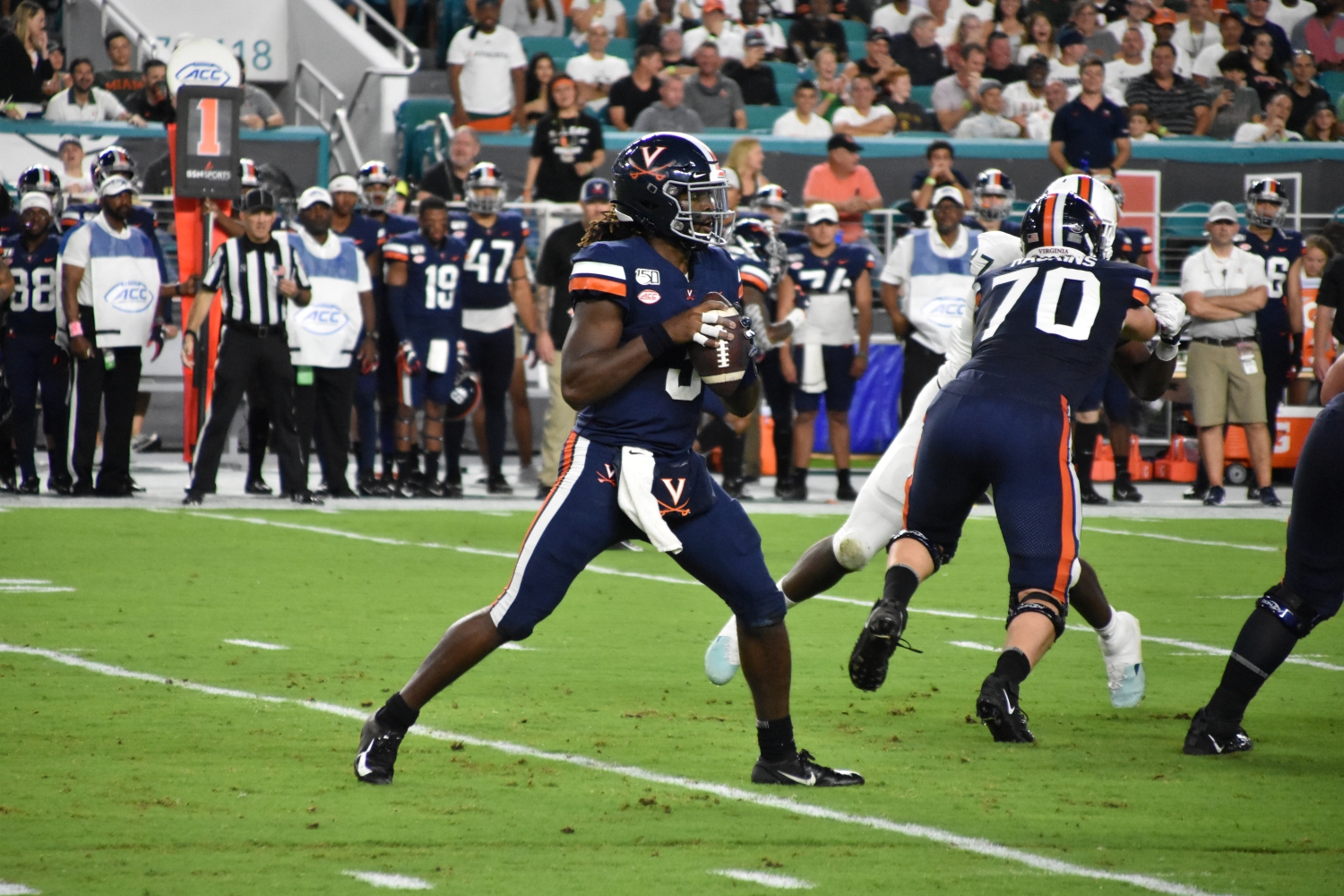 No. 9 Florida and No. 24 Virginia have arrived in Miami to prepare for the Orange Bowl. Virginia makes its second trip to Hard Rock Stadium this season while Florida ends the season the same way it began, on a neutral site.

“Seeing all of this, it makes you feel like that we are finally here,” UVA quarterback Bryce Perkins said. “All off-season we’ve been practicing and it feels like fall camp all over again. We’ve been anxious to get here and compete and after our loss in the ACC Championship, we’ve been eager to get back out and play football again.”

Being from Arizona, Perkins said the warm weather of South Florida, “feels like home.” There’s a lot at stake for the Cavaliers, as a win in the senior quarterback’s final game puts their total to 10.

“Only one other team has reached 10 wins at UVA, so that kind of just frames it right there,” Perkins said. “Looking back to where coach Mendenhall first started to with six, then eight, then this year with nine wins, it speaks to the culture of this team.”

“It is an absolute tangible and realistic step for the advancement of our program,” UVA head coach Bronco Mendenhall said. “It’s a little surreal right now, but acknowledging the journey we’ve been on and how hard our players have worked, this is the next step for our program and we can’t wait to capitalize and do our very best.”

Perkins enters the game with 3,215 passing yards and 18 touchdowns against 11 interceptions on the season. Florida’s quarterback, Kyle Trask, has 2,636 yards and 24 touchdowns against six interceptions. Unlike Perkins, Trask didn’t begin the season as the Gators’ starting quarterback. He took over for the injured Felipe Franks in Sept. 14 against Kentucky and has not looked back.

Florida head coach Dan Mullen seems to have his quarterback situation set for a run in 2020 and whatever happens in the Orange Bowl could set the stage for next season.

“It can build a lot of momentum and a lot of confidence,” Mullen said. “For the team that’s why bowl games are huge. This year’s team gets one more game together, but there are a lot of guys on this year’s team that will also be on next year’s team. You play on December 30th and then you don’t have another game until September. You have a lot of off-season training, conditioning and developmental growth. You have 15 spring practices and 25 training camp practices before you play again. The momentum a bowl game and a bowl win can do for you builds yourself up through this huge developmental stage until you get on the field again.”

The Florida defense has their work cut out for them when trying to contain Perkins. He is not only the Cavaliers leading passer but also their leading rusher with 745 yards and 11 touchdowns.

“He runs he ball a lot, even more than their running backs, so that is a big key we are looking at,” Florida Defensive Back Donovan Stiner said.

Florida has the advantage but anything can happen in bowl season.