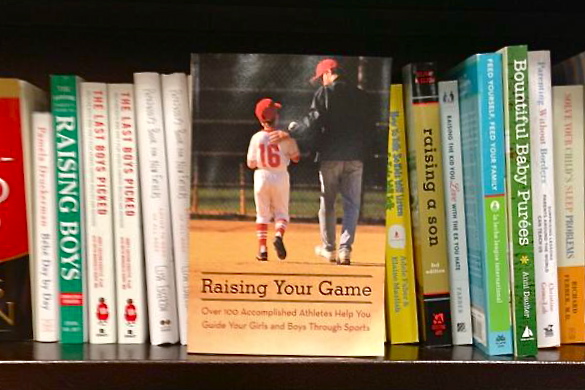 Perhaps it’s time for an alternative perspective for what may have triggered LeBron James’ reaction and behavior several days ago at his son LeBron Jr.’s AAU basketball game a little over a week ago, as LeBron ran onto the basketball court to congratulate his son and his son’s teammate for a spectacular alley-oop dunk.

Many were quick to be critical, faulting LeBron for inserting himself into his son’s game. And that reaction can be understood. Many, who are not fans of LeBron, are inclined to believe that he is always trying to bring attention to himself. And, of course, some sports pundits used the controversy to bring attention to themselves.

Today’s Before We Go: LeBron should take the advice he gave his mother… sit yo ass down. @WhitlockJason pic.twitter.com/77DDCrD9ql

But perhaps an underlying reason, one that can’t be detected with the naked eye, was that LeBron may have been yearning for what he wished he could have had, just once with his father.

In the book Raising Your Game that I co-authored with Ethan J. Skolnick (now of Five Reasons Sports),  LeBron credits Frank Walker Sr., an Akron Housing Authority employee who helped raise him, with serving as his surrogate father.

Children need role models who only encourage them, but also provide that fundamental foundation of unconditional support so a child can learn to trust in oneself. Walker Sr. tried to provide that, in addition to housing and athletic instruction. But, of course, it’s natural that LeBron still would have longed for his birth father, even if others tried to fill the void.

Perhaps in that moment, here in 2019, the past and present merged; LeBron rekindled that child-like joy of how it felt as a youngster, playing a game he loves without the pressures he experiences now. This too we addressed in our book, because playing sports became his outlet to overcome some of the childhood disappointments and challenges he had a as a young boy who was not provided with as much as the average child.

So, at that moment in time with his own eldest son, LeBron was just being a Dad; a father whose passion and love of the game merged with his excitement (or exuberance) for his son’s achievement. And all he wanted to do was to express his profound joy and love for his son, his pride for their a play that reminded him of his own, and a high-level accomplishment.

And, what parent can’t identify with that?

For more from our book, which included interviews with more than 100 elite professional and amateur athletes, check it out here on Amazon.  Dr. Andrea Corn is a child psychologist with a specialty in sports, based in South Florida. 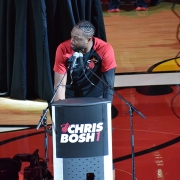 Marlins to call up Isan Diaz and Lewis Brinson