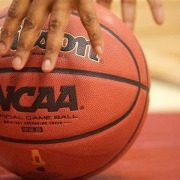 The 2022 March Madness NCAA Tournament is right around the corner, with the incredibly enjoyable and rather hectic college basketball competition set to commence with Selection Sunday on March 13, before the First Four matches begin between March 15-16.

With that in mind, now might seem like an opportune time to take a look at who the early favorites are to win this year’s competition, especially as there are a number of exceptional sportsbook promo codes listed on gamble-usa.com already available to take advantage of.

What is March Madness?

To begin, it might be worth pointing out what March Madness is and what viewers should anticipate and expect if they are yet to witness what the iconic college basketball competition is all about.

March Madness is the annual NCAA Division I men’s college basketball championship tournament. The tournament began in 1939 and is now a 68-team event that takes place over three weekends in March and April. The Final Four, the semifinals and finals of the tournament, are played at a single site, usually a stadium or arena in a major city.

The tournament is one of the most popular sporting events in the United States. It generates over $1 billion in revenue each year, making it one of the most profitable sporting events in the world. In addition to the money generated by ticket sales and television rights, businesses, and schools across the country benefit from March Madness-related advertising and merchandise sales.

March Madness has also been a boon to college basketball players. The tournament has provided many players with the opportunity to showcase their skills on a national stage and has helped them earn lucrative contracts in the NBA. Some of the most famous alumni of the NCAA Tournament include Michael Jordan, Magic Johnson, Larry Bird, and LeBron James.

What is the schedule for March Madness 2022?

This is what the current schedule of the upcoming competition looks like:

Who are the early favorites to win?

So, for those who are perhaps trying to identify and pick out a winner of the upcoming 2022 March Madness competition, this section is perhaps the most important of the article.

Indeed, we all want to be able to pick the winner of the competition, although we know that the bracket system that is used can make proceedings rather unpredictable at times, with shocks and upsets rather commonplace in this tournament.

Nonetheless, the early favorite to win the NCAA Division I tournament this season would have to be Gonzaga Bulldogs.

The Gonzaga Bulldogs almost managed to win the competition last season, however they fell short in the NCAA Championship Game to Baylor. However, that loss perhaps fuelled the fire and hunger for the team to win the championship even further as they have largely picked up from where they left off.

Who else is in the running?

The Kentucky Wildcats are perhaps the other team to really take note of at the moment as we head into March Madness, as they had also enjoyed a rather decent campaign on the court.

The team did suffer more defeats than the Bulldogs throughout the campaign, having lost six games ahead of their match on March 5 with the Florida Gators, but there are many that would not be surprised to see them in the Final Four at the very least. 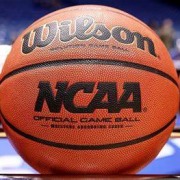 Basketball is a long-drawn, high-scoring game – and possibly nothing better could give you that adrenalin-rush than a match, given up for lost, suddenly turning around and reversing the result at the end of the buzzer.

The start of the 2021-22 NCAA Season had much of such drama, with many top-seeded teams unable to justify their ratings against unranked adversaries, except pre-season favourites Gonzaga Bulldogs and Baylor Bears, both of which made it all the way to the finals.

This season talents have sparked quite some interest worldwide, as seen in the NCAA rising stars overview by Vietnamese sportsbook Vwin99.

If the results of the initial matches were any indication, very few favoured teams from the original list of 64 made it to the sweet 16 roll, some of them waylaid by other college teams given less than favourable chances of victory.  For the first time in 45 years, for example, Duke and Kentucky did not qualify.

But even the eventual Gonzaga Bulldogs versus Baylor Bears faceoff in the finals was not without its share of drama. The Gonzaga Bulldogs, steered by its long-time, 22nd year head coach Mark Few, whose mentoring reputation was on a downslide after years of lacklustre performance, finished the regular season with a surprising perfect record of 24-0.  The Bulldogs achieved success by mercilessly running roughshod over anyone who got in their way, including 2nd ranked Brigham Young University (BYU) and 4th best Saint Mary’s College.

The Bulldogs’ one final victory over the Baylor Bears would have completed a perfect sweep and won them the championship.  But this was not meant to be.  The Bears played the spoiler’s role with an emphatic 86-70 clincher over the Bulldogs, to win for the first time the much-coveted 2021 NCAA Season.

The Bears were firmly in command for the most part of the game, leading by as much as 20 points at one stage.  Rising star Jared Butler, who now wears a Utah Jazz uniform in the NBA, led the assault with 22 points and seven assists.  It wasn’t a one-man show though.  MaCio Tague contributed 19 points and Davion Micthell added 15.  Bulldog Jalen Suggs, now playing for the Orlando Magic in the pro league, took the cudgels for Gonzaga with 22 points.

The Bears were 43.5 percent from the three-point area, while the Bulldogs had a measly 29.4 percent.  The Bears were even more ferocious under the net, gobbling up 16 offensive rebounds against only five by the Bulldogs.

It was truly a season of surprises.  After all, the 2020 NCAA basketball season was unceremoniously cancelled due to health concerns.  The 2021 version would have also been placed in the backburner for the same reason, except that the organizers were more creative in finding ways to ensure that the event was sealed off from the virus. Even if it meant holding all the games only in the state of Indiana for the first time in NCAA history.

Aside from the Bears’ historic first NCAA title, the other big winner of the season is the NCAA itself.

Tournament organizers defied the odds of withdrawals left and right due to health protocols, to successfully hold the competitions and to lay the groundwork for another exciting tournament starting in March this year. 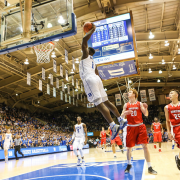 March Madness is a race for the toughest NCAA Basketball teams in the United States.

March Madness will commence on March 17 and 18, 2020, at the University of Dayton Arena, in Dayton, Ohio. It is then succeeded by the first and second rounds along with the regional semifinals. After that, the Championship rounds will take place at Mercedes-Benz Stadium, Atlanta, Georgia, on April 4 and 6, 2020.

So, how do you pick a deserving winner in the upcoming NCAA betting odds? Below are some attributes that a worthy 2020 March Madness winner should have.

The Team Must Have Upperclassmen

In any given sport, especially in the NCAA, it’s always good to have the first five players with good skill sets. A team should demonstrate an incredible offense and defense skills that can help them edge their competitor. Aside from that, their player’s mental ability should reign supreme so they can score effectively inside the court.

A real NCAA champion team must have a complete lineup, including upper-classmen. If you look back to the previous years of the March Madness, most players who brought their school in the Sweet Sixteen, Elite Eight, and Final Four were composed of junior and rookie players.

They Should Have Experienced Coaches

Coaches play a critical role when it comes to the team’s success. Understandably, it’s the players that you see inside the court showing their best abilities to score in and out of the perimeter. They should have that strength until the end of the game. Apart from that, they should score to win.

However, all of these are not possible without the guidance of the coaches. They are the ones who guide every player and create strategies that can help them win the game. In the previous NCAA tournaments, we have seen champions that are led by Hall of Fame coaches.

They Have Impressive Point Guards

Out of the five positions in a basketball team, the point guard has the biggest role on the court. They are considered as engines that control the whole pace of the game. They get the ball to the right player at the right time, especially down the stretch of tight contests.

In the last 11 seasons, MVP recognition was granted to point guards. So, if you are looking for a team that can emerge as the 2020 March Madness champion, then you must consider the statistics of the point guards of each group.

They Should Have Large Student Bodies

It always helps to have a cheering section. To make sure that your desired team dominates the whole game, the school typically should have a large student body. It means that the student population should come in massive numbers to the tourney site to add hype to the competing school.

Although student bodies are not the main requirement for a school to qualify the March Madness ranking, the support and cheers that each team gets can boost the team’s morale.

They Should Have Robust Defensive Skills

But the best way to choose an NCAA champion is to pick the team with the most impressive defense skills — the ability to hold down even the most explosive opponent.

Each college team that dreams of getting the March Madness title this year makes sure that they develop both their offensive and defensive skills to the best of their abilities. Hence, if you are one of those NCAA fans who wanted to pick a real March Madness winner, then you must start to look for a team who possess the attributes listed above for a sure win.