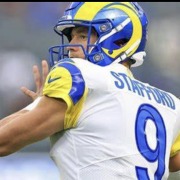 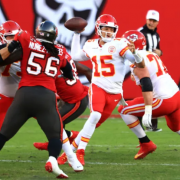 After almost two full seasons of picking games with C.U.J., I find myself 100% even against the spread. Same can be said about the Divisional Rounds as well, even. Because that’s what the games were, even. With each game ending with a walk-off, that was the most exciting Divisional Round maybe ever. Speaking of even… I was 13 seconds away from nailing the Bills Upset and ending the Divisional Round even on the week, but Patty Mahomes had other plans and I’ll have to settle for 1-3. Nonetheless, we charge onto Championship Sunday full steam ahead! All gas, no brakes!

Yes, the Chiefs just put on one of the greatest postseason performances in NFL history. Yes, the Chiefs (on paper) are the better team in this matchup. Yes, the Chiefs will be at home with the game being played at Arrowhead. HOWEVER, a full TD point spread is straight up disrespectful to a Bengals team that deserves to be here. Joe Burrow is playing at an MVP level, and the Bengals have proven they can hang with the league’s top teams. In fact, these Bengals already beat the Chiefs this season in their week 17 matchup in Cincy. Fully expecting another shootout in this one, as neither team is really known for their defense. Banged up Chiefs D should have a hard time stopping the high-powered offensive attack of the Bengals. That being said, I trust the experience of Mahomes and Andy Reid in this moment to put them over the top. Expect Burrow and the Bengals to keep this one close until the end, but pick KC to get the win at home and advance to their third straight Super Bowl.

P.S. Jeffy says buy the half point and take the Chiefs at -6.5

The Rams had a chance to eliminate the Niners from playoff contention before the playoffs even started. The Rams failed at that, and now they see each other again with a trip to the Super Bowl on the line. The Rams have the better quarterback, wide receivers, defensive line, and secondary in this matchup. Yet for some unknown reason, they can’t seem to beat the Niners. San Fran is currently on a 6-0 run against their division rivals, and many around the league believe the 49ers are in the Rams head. Jeffy and I take the opposite school of thought when approaching this game. The Rams are just too good for that unlikely streak to continue. Also, it’s Matt Stafford’s time. I can’t see Matt Stafford go from beating the greatest quarterback ever, just to lose to Jimmy Garrapolo the following week. Sean McVay and the Rams finally rid themselves of the awful 49ers curse, and get a chance to be the second team in history to win a Super Bowl in their home stadium!