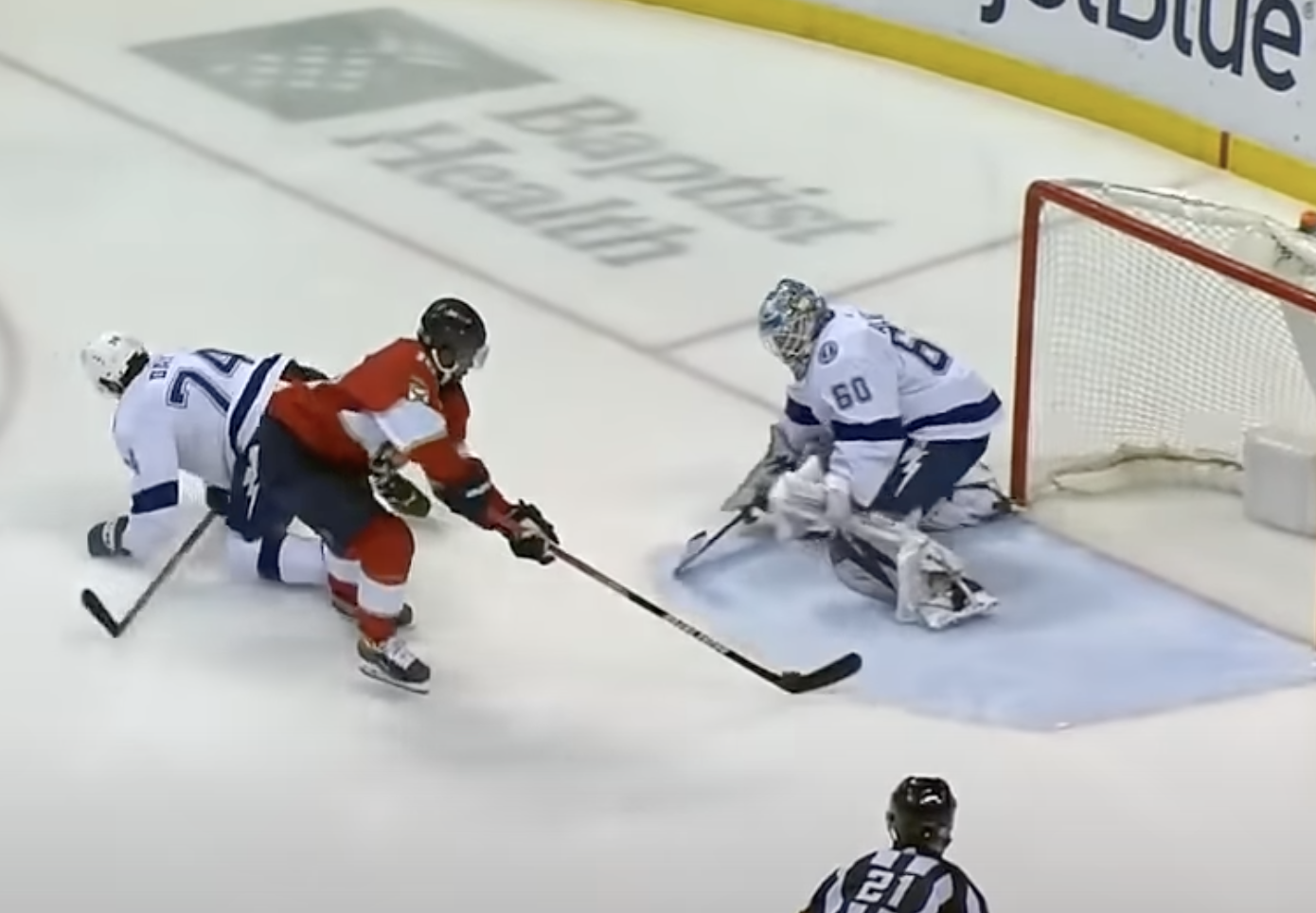 One year after losing to the Tampa Bay Lightning in the first round of the playoffs, the Florida Panthers are back, looking for revenge in the second round of the 2022 Stanley Cup Playoffs.

The Battle of Florida part 2 is here, can the Panthers come out on top?

Here are my five keys to the Panthers-Lightning series.

Florida needs to score on the power play

I’m not sure what was a more impressive feat in the first round, the fact that the Panthers went 0/18 on the power play, or how they were able to win the series in six games without scoring a single power play goal.

Florida was the only team in the first round to not score a goal, with the other 15 teams scoring at least two goals on the man advantage.

As the Panthers progress through the playoffs, if they continue to strike out on the man advantage, their opponents aren’t going to let them hang around in games like the Capitals did.

Tampa had the 11th ranked penalty kill in the regular season, finishing the year at 80.56%. This is just slightly better than Florida’s first round opponent, the Washington Capitals, who were 12th in the league with an  80.44% pk.

This matchup against Tampa should be a tight one, so finishing your power play chances will be huge in a best-of-seven series.

Looking back at the 2021 first round series between these two sides, it was a power play goal fest.

In the series, the Lightning went 8/20 on the power play, scoring two or more PP goals in fifty percent of the games.

Between Steven Stamkos, Victor Hedman and Nikita Kucherov, there are plenty of Lightning players who can put the puck in the net on the power play.

The Lightning know how to use the power play to their advantage. Florida needs to play clean hockey to try and limit the amount of times Tampa gets looks on the power play.

The two standout Panthers from round 1 were Carter Verhaeghe and goaltender Sergei Bobrovsky. In six games against Washignton, Bobrovsky had a .906 save percentage with a 2.79 GAA. He held the net the entire series and kept Florida in games with his great play.

Looking at last year’s postseason matchup against the Lightning, Florida’s goalie situation was anything but sure. The Panthers started three different goalies in their six games against Tampa; Bobrovsky, Chris Dreidger and Spencer Knight. Bobrovsky had a rough go against the Lightning, finishing the series with a .841 save percentage and 5.33 GAA in three games.

So far in this playoff run, Bobrovsky has looked like his former two-time Vezina winner self, not the guy who lost his job multiple times in the playoffs.

It’s not going to be an easy time trying to shut the door on guys like Steven Stamkos, Nikita Kucherov and Co. but if Bobrovsky can play like he did in round 1, he’s going to help his team a lot this series.

Tampa is going to have to get by without Brayden Point

When I was watching Tampa take the ice last May, the one player who I thought looked the most lethal on the Lightning offense was Brayden Point. Between his quick skating, and elusive slot shot on the power play, Point is a player who demands respect every time he touches the ice.

As of now, Point is listed as “highly doubtful” for Game 1, according to Lightning coach Jon Cooper. Point has not been ruled out of the series, however he is supposed to be day-to-day following Game 1.

Point was injured in Saturday night’s Game 7 against Toronto with an apparent right leg injury.

With the uncertainty revolving around their superstar forward’s availability for the series, the Lightning forwards are going to have some big skates to fill as the 26-year-old Point is above a PPG in the playoffs, with 77 points in 74 games over his career.

The Lightning are not a single superstar team, if anything they have four to five superstars on their roster, but anytime without Brayden Point is a huge loss for Tampa.

Aaron Ekblad finally gets a crack at Tampa, can he be the difference?

Looking at the 2021 edition of the Battle of Florida and comparing it to the 2022 edition is like night and day.

Florida is a lot stronger than their 2021 team, with guys like Sam Reinhart, Claude Giroux, Ben Chiarot and Anton Lundell all getting their first taste of Panthers-Lightning playoff hockey.

One guy who was on the team last season but was unable to play in the postseason was Panthers star defenseman Aaron Ekblad, who was out with an injury.

This time, Ekblad is ready to go, and he will be a much needed weapon on Florida’s blueline this series.

The Panthers missed Ekblad’s PK skill, his offensive abilities and his sound defensive play last year against Tampa. When Ekblad is on the backend he eats up most of the minutes and the rest of the defensive unit follows his lead. A healthy Ekblad may have helped Florida prolong last year’s series. Now, can he help them win it?

Battle of Florida Round 2: Series Preview
Scroll to top