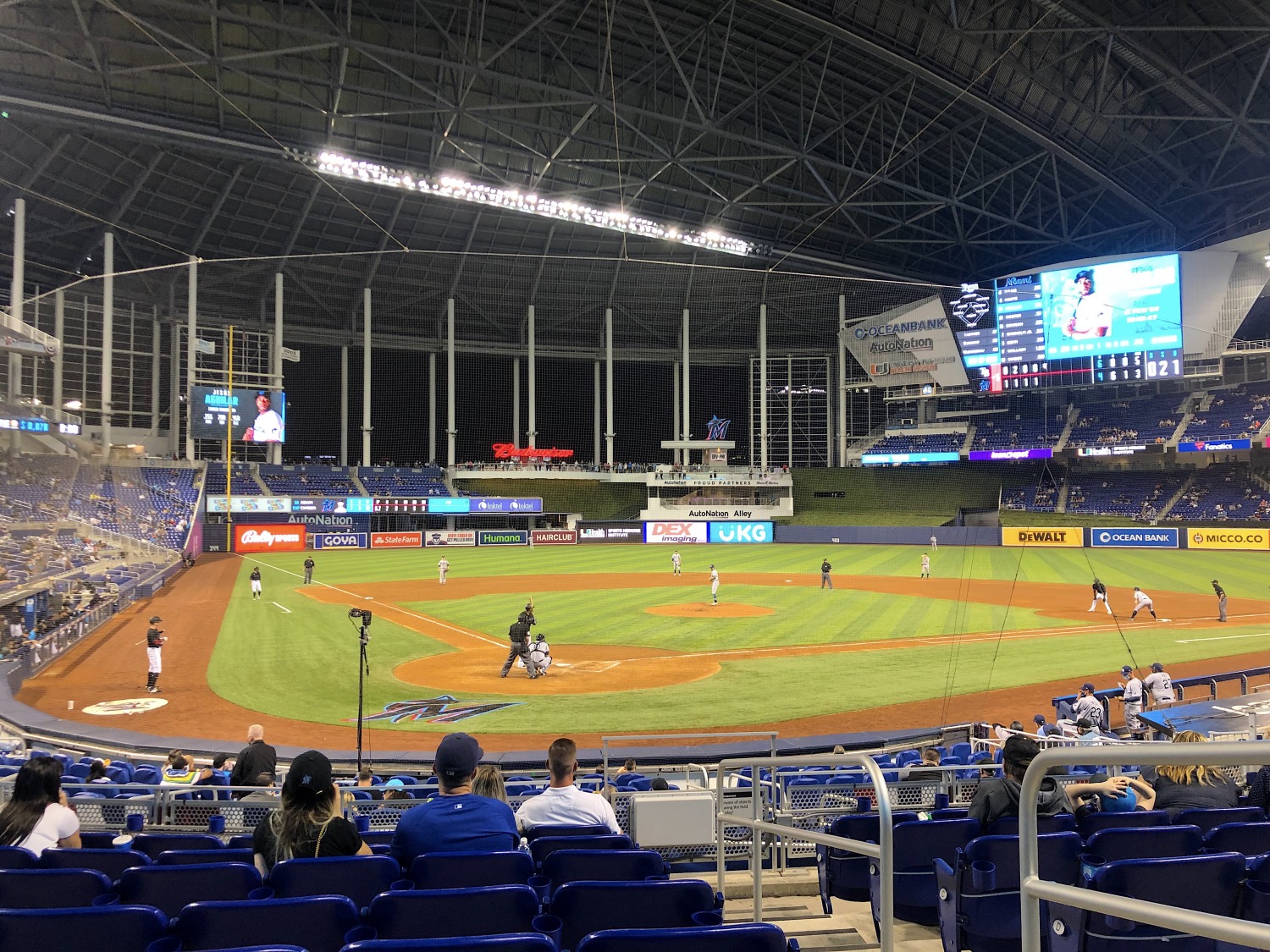 It’s amazing to look back and realize that South Florida has had Major League Baseball in its backyard for 30 years.

One of those championships was being celebrated this past weekend in a series against the Milwaukee Brewers, managed by the very man who scored the winning run in Game 7 of the 1997 World Series.

The total combined attendance numbers on Saturday and Sunday were 24,670. To put that in context, the Marlins’ 3-1 win over the Seattle Mariners on April 30 had 29,010 fans in attendance, and that was because it was University of Miami theme night.

To further put it into context, the Tampa Bay Rays, who have spent their entire existence playing in an oversized Costco warehouse adjacent to Tampa, saw a higher attendance (20,832) on Sunday.

The 1997 team deserved better. The current team deserves better. The ballpark is 10 years old and is constantly being upgraded. The Marlins are the only team in baseball that has the players literally greet you at the gate. Jazz Chisholm is not just becoming a star but the envy of fans everywhere. Craig Mish said on his podcast that Chisholm might be a bigger star outside of Miami than in Miami and he might be right.

At some point, the issue of the fans and their constant lack of support must be brought up. No team in baseball is consistently successful without the support of fans . The fans here want the team to spend and succeed despite not going to the games and supporting that effort. Nobody wants to say it, but in South Florida, the fans are part of the problem when they should be part of the solution.

Is South Florida the only market in which the team must literally earn their fans by winning? The Florida Panthers had to win the Presidents Trophy, awarded to the team with the best regular season record, to get full crowds to their games.

Do the Marlins need to make the playoffs first for them to stop playing in empty stadiums? All the complaints one would hear about why nobody goes — the team is not competitive, the owner is cheap — are not unique to Miami, even if the fans like to think they are.

The Colorado Rockies franchise started the same year as the Marlins did. Over that time the have only been in the playoffs five times and in the World Series once. The owner is extremely unpopular and at times fans clamored for a change in ownership. Nolan Arenado, the Rockies’ biggest star since Todd Helton, demanded a trade a year after signing a big extension because of his frustration with the front office.

Do you think anyone in Denver trusts the Rockies’ front office? They signed Kris Bryant, a former MVP coming off another All-Star appearance, to a seven-year, $182 million contract. The move dumbfounded everyone. Why trade away one All-Star third baseman signaling a rebuild just to overspend for another in free agency. Rather than be excited, fans were rightfully confused.

Yet despite all that, the lowest attended game at Coors Field this season was 20,403 on a cold Monday against the Philadelphia Phillies. To get that number in Miami, the dogs need to be let in and Sebastian the Ibis needs to throw out the first pitch.

Not being good enough isn’t a worthy excuse to not show up either. The Arizona Diamondbacks are coming off their worst season ever, with practically the same roster, and the only games that saw sub-10,000 attendance were when the Marlins were in town. And this isn’t some state of the art sports complex that alone attracts fans. It’s more than twice the age of LoanDepot Park and smells like a crayon box when the roof is closed. The Diamondbacks wanted to make the county pay for upgrades and were rumored to move to Las Vegas before the Oakland Athletics. And yet they still have better attendance numbers than a Marlins team that signed the World Series MVP in Cuban slugger Jorge Soler and are trying to win.

Want to talk about a lack of trust? Who at this point trusts the Cincinnati Reds? They tore down half of their roster. Phil Castellini, the team president and son of the owner, alienated his fans before the start of the home opener. Despite all of that, in a ballpark with 5,000 more seats, the Reds have seen more home games with 20,000+ fans (5) than the Marlins (2) this season. The last place Reds have had only two games this year with less than 10,000 fans — which has been a constant in Miami since they stopped fudging the attendance numbers.

Are the fans here still holding the past tear downs against the franchise? The first time led to a second World Series in five years. The Marlins instantly improved on offense with the second fire sale. The third rebuild led them to having their most talented outfield ever, and the most recent rebuild is being played out right before your eyes. It’s time to stop holding the grudge.

Miami has the reputation of being an unworthy sports town and in baseball, it’s one that has been earned by both franchise and fans. It doesn’t have to be that way. We’ve seen the energy that emanates from a full crowd in Miami. The two World Series are legendary. The World Baseball Classic was always at it’s best in Miami than anywhere else. The All-Star Game didn’t disappoint either. Even 2012 had good crowds, until the team collapsed in the summer.

Marlins fans need to drop the excuses and start supporting the team at the ballpark because they won’t reach your expectations without you.