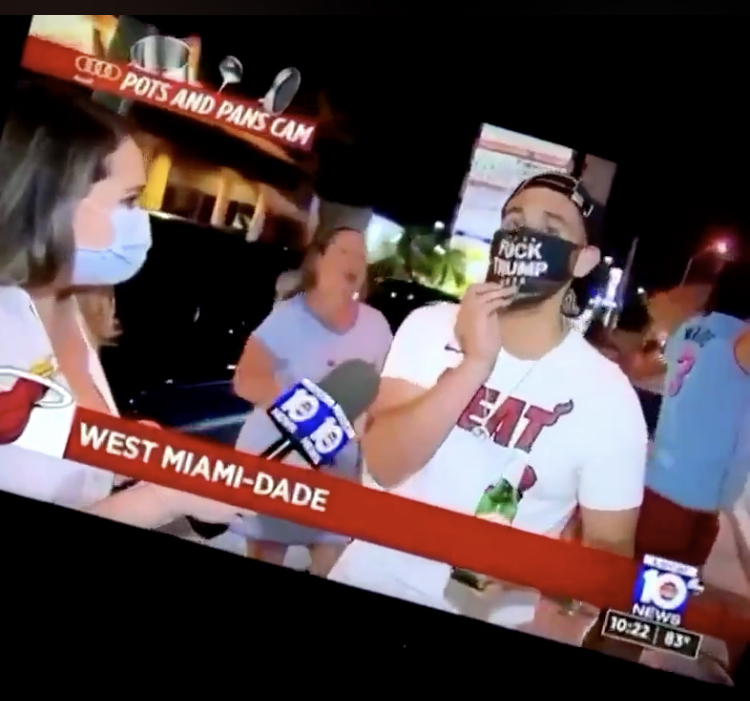 In the words of Daffy Duck from the original Space Jam movie: It’s gut check time.

As the initial euphoria of the Heat making it to the NBA Finals for the first time since 2014 begins to wear off, some basketball fans have already conceded an unceremonious exit for Miami. Pundits alike have also already crowned an NBA champion before Game 1.

National media and the general public have all but buried the Heat in this series against LeBron James and the Los Angeles Lakers. Some media members who host daily shows on two major sports networks fail to even mention the Heat as a participant in the Finals altogether. It’s almost like they would have preferred any of the Heat’s previous two opponents in this position instead. Maybe to show another story about Jayson Tatum’s son because we were all excited for him to have more camera time than Jimmy Butler during game 6.

But I do have one question for the members of Heat Nation that are just happy to be here and only want to make the series competitive: How dare you?

No self-respecting cultureholic should be thinking that Miami came to the Finals and will leave satisfied with just an appearance. That’s not how this work. The Heat compete for championships every year – that’s it. Nothing more and nothing less. Miami didn’t show up to the bubble to be the final chapter in LeBron’s bubble coronation. They showed up to sweep the seeding game’s MVP TJ Warren, make the league MVP Giannis Antetokounmpo accept his award from home and to send Gordon Hayward back home to his newborn to be a family man. They showed up to win a championship. They came to win “it”.

Pat Riley is famously quoted as saying “There is winning and there is misery.” We have experienced misery with this organization over the past few seasons. Some grew to expect it. They believed Zach Lowe’s prediction that Miami had the bleakest future in the league. Other believed in the organization, in Riley, in Spo. Those fans are being rewarded with another conference title and another shot to win it all. We deserve to be here and we’ve earned our spot in the dance. This roster has fought tooth and nail for our respect, and we owe them nothing less than to all in on them being champions of the basketball world.

So, to all of the people who don’t believe Miami has a chance in this series, bring your stars. Bring your storylines. Bring your refs. Bring your hate. Bring your doubt. And oh yea, bring you King. Throw the ball up and play. Because at the end of the day, Miami is still the Hardest Working, Best Conditioned, Most Professional, Unselfish, Toughest, Meanest, Nastiest Team in the NBA. And some of you better not forget it.

Drink It In, Heat Nation: Your Giant-Ass 2020 NBA Finals Preview
Scroll to top