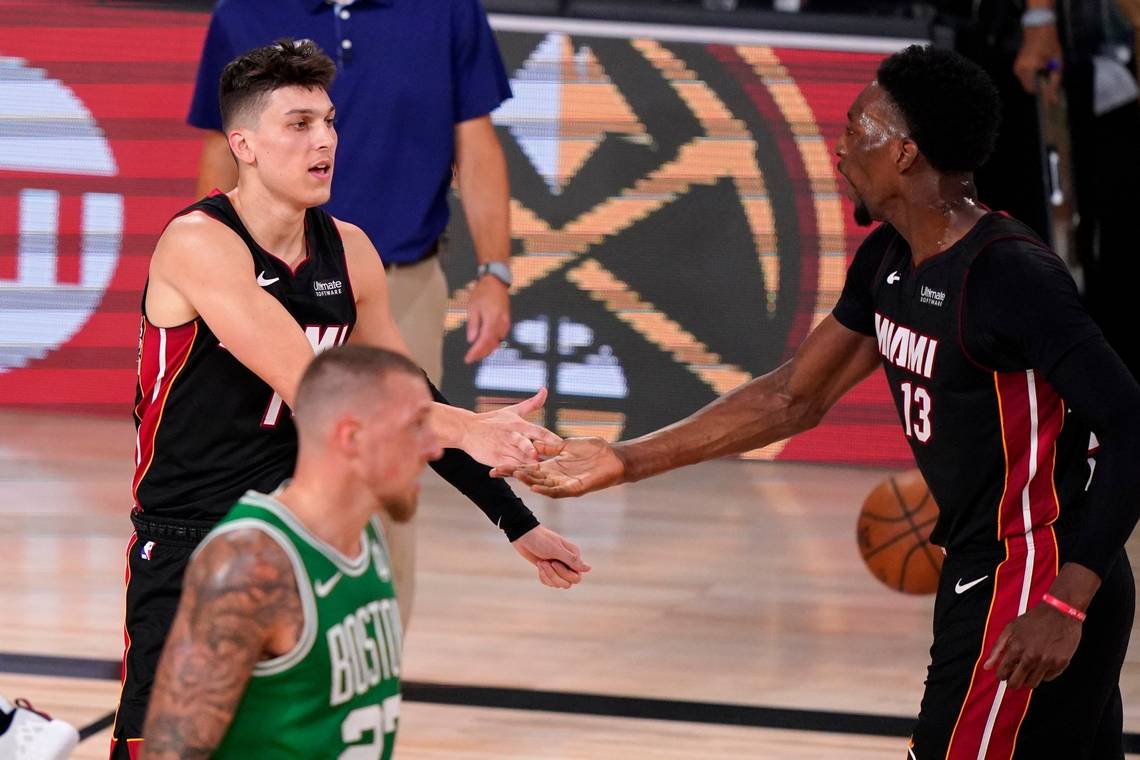 When the Miami Heat advanced to the Eastern Conference Finals to play the Boston Celtics, it was said that it was Jimmy Butler’s time to take control of the team.

And well, that’s exactly what Bam Adebayo did.

Jimmy basically gave Bam the keys to the team in this series, telling him to do what he does best, which is win.

The national media began to pick up more on Bam Adebayo’s impact after his block on a Jayson Tatum dunk attempt, but after his series sealing performace with 32/14/5, it put the whole league on notice. He’s made huge strides all season long, showcasing his will and winning mentality, but ultimately showing that he is the textbook definition of a Miami Heat guy.

The accountability that he took after game five’s loss was the cherry on top when referring to a Miami Heat guy. He took the blame for the loss as a whole, and said he will need to be better. Jimmy Butler, Erik Spoelstra, and the rest of the team totally disagreed, saying it’s on everyone.

But after those comments, Bam came out with a purpose in game six, proving he can be an offensive anchor when need be. His ability to draw fouls and attack is obvious, but when that mid-range jumper started to drop, it proved that Bam can be a scary force in this league for many years to come.

And now to Tyler Herro.

It goes without saying that he’s been absolutely sensational in this playoff run. A 20 year old, taking the offensive load with the season on the line. But he doesn’t know how to play any other way.

He’s not a guy that will sit in the corner during big moments, he’d rather get the ball at the top of the key and take a contested step back to be the spark.

And that’s exactly what Tyler did in game six.

The team began to grow cold at the beginning of the fourth quarter. And when that’s the case, find your rookie Tyler Herro.

He scored five straight point, which was actually the most important stretch of the game.

Let me just say this, that isn’t normal.

But for Tyler Herro, it’s just another day.

Bam Adebayo and Tyler Herro are just further proving that the future is very bright in Miami.

Two dogs with a winning mentality.

Brady Hawk (@BradyHawk305) contributes to the Five on the Floor platforms