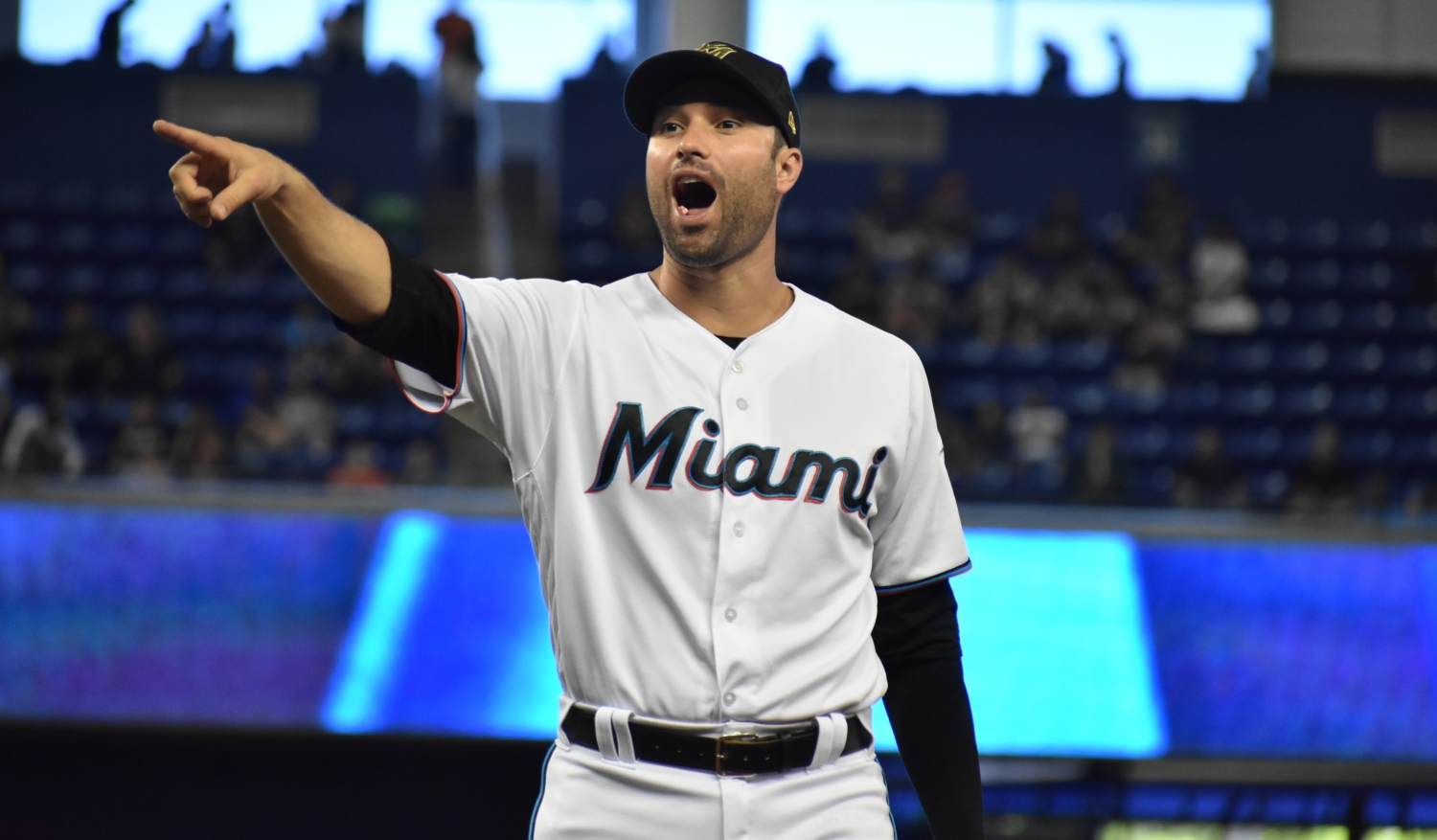 The Miami Marlins claimed a series win on the road against the San Diego Padres over the weekend with back-to-back 9-3 wins.

The Marlins have gone 10-5 in their last five series, winning four of them. The Padres is the most impressive victory because unlike the Mets and Tigers and Giants, San Diego is above .500.

That hot stretch puts the Marlins at 21-36, which is still the worst record in the National League. However, the 2017 Marlins were 22-31 entering June 3. 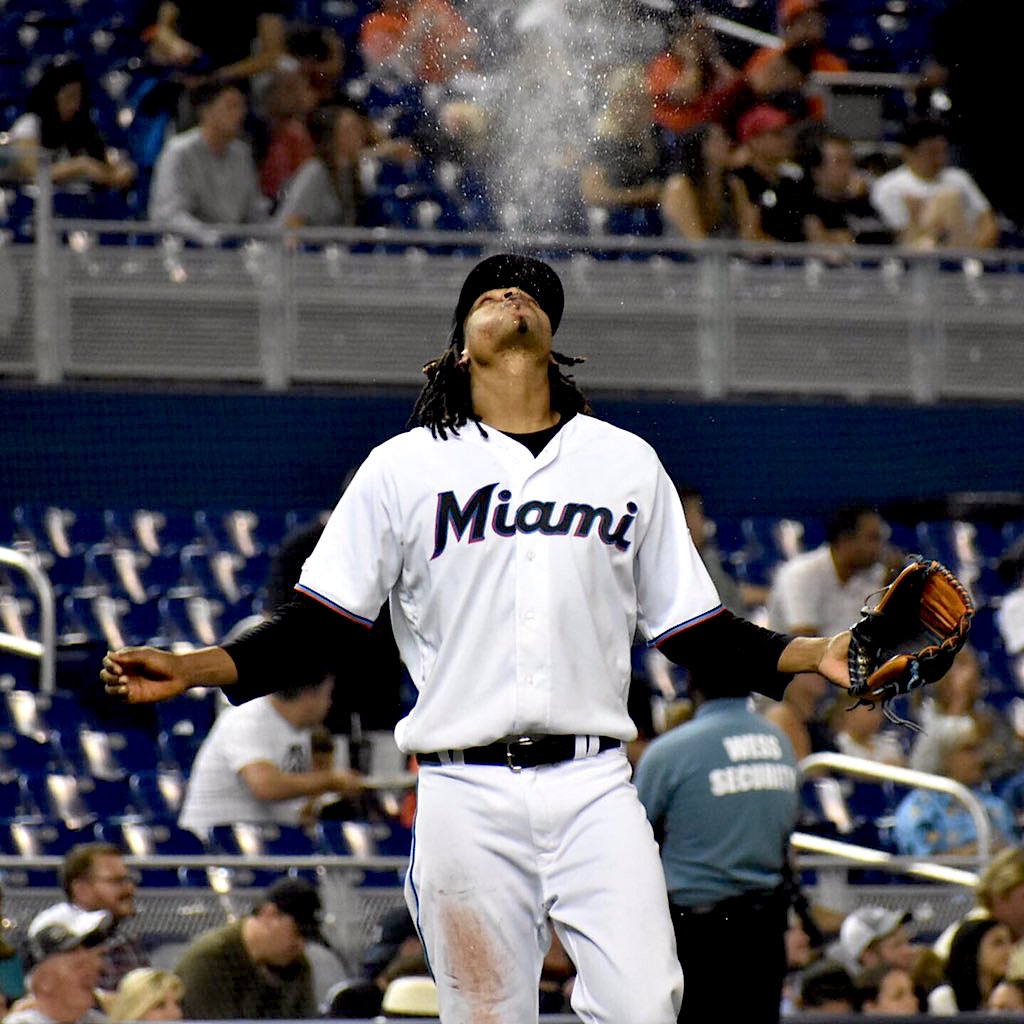 Which begs the question of whether or not after all the trades, the fire sale, the rebuilding and stockpiling of the farm system that was practically nonexistent prior to the team sale, are the Marlins back to the level they were before just before Bruce Sherman and Derek Jeter took over the team?

The 2017 Marlins were shells of themselves after the tragic death of Jose Fernandez in September 25, 2016. They rode the career years of Dee Gordon, Marcel Ozuna and Giancalo Stanton to reach 77 wins, the same amount at 2014 and two less than 2016.

This is what Jeter points to when he talks about fixing a broken system. To have this team practically the same point as the team that was broken up but in a much better position moving forward, that has to considered to be a major win for the front office.

The first phase of Jeter’s plan was to restock the farm system with pitching talent. As a result, the starting rotation is the bedrock of the team and is currently the only team in baseball to still have used only five starting pitchers this season.

The Marlins went through the hardest times this year and are now enjoying the best of times. They were in the middle of the pack in terms of runs allowed but were at the very bottom in nearly every offensive category. While the pitching hasn’t changed since Opening Day, the hitting certainly has recently and it only took two subtle but drastic changes to make it happen.

The first was calling up outfielder Harold Ramirez. This came to make up for placing Peter O’Brien on the 10-day IL for a bruised rib. Since his debut on May 11, Ramirez is batting .373 with a .894 OPS. This came off an equally impressive .999 OPS during his fist 31 games in Triple-A.

The second was having outfielder Garrett Cooper return from injury. Cooper was meant to be the everyday right fielder since Opening Day last year, but injuries virtually erased last year and seemed to be endangering this year as well. Cooper was on the Opening Day lineup this season but on the IL after the second day. He returned at the end of April and was hit in the hand by a pitch that very game, causing him to miss more time. 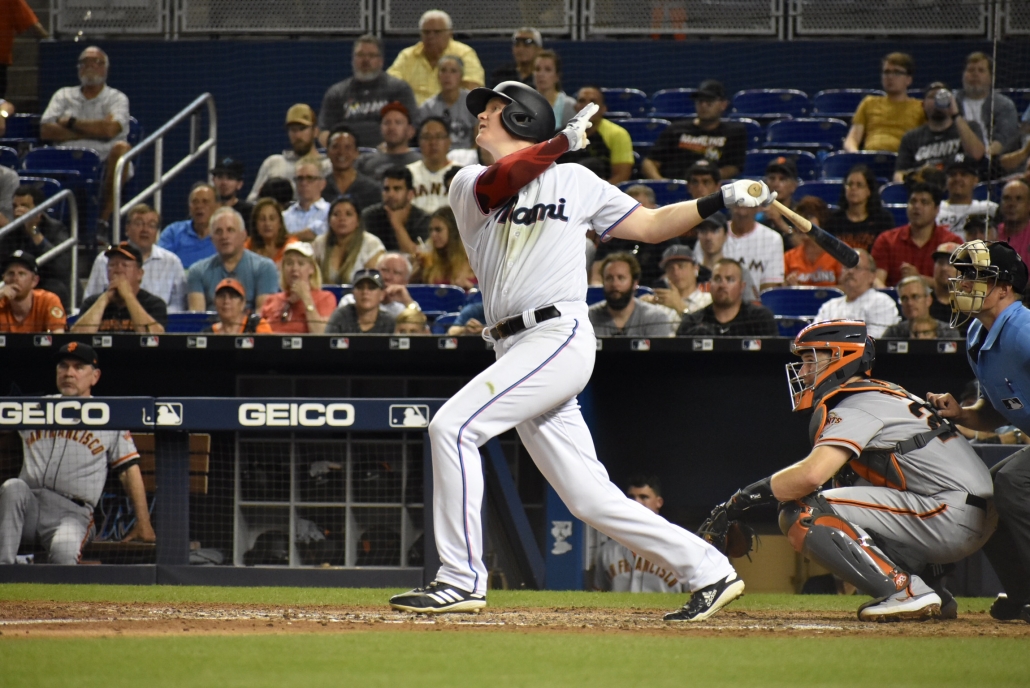 Since he returned on May 11, Cooper had a .274/.352/.435 slash line during the month of May and four home runs and 13 RBI on the season. Even though the trade was a small one at the beginning, both Cooper and Caleb Smith are seen as key cogs in the building of this team under Jeter’s vision. Without the injuries, Cooper finally gets a real chance to show his potential.

The main frustration of the 2018 offseason was reflected in a recent story by the Athletic. After seeing breakout performances by Christian Yellich and Derek Dietrich it seemed like the 2017 team was an All-Star lineup that underachieved at the time. In fact, it was a team in which half of the lineup peaked in order to carry a terrible pitching staff as far as it could. Stanton, Ozuna, Gordon and Justin Bour have yet to replicate the production from that season. JT Realmuto and Jorge Alfaro seem like equals at the plate, which is a win for the Marlins considering the prized pitching prospects that came with that trade.

Yellich and Dietrich’s statistical transformation seems like a product of their new environments. Seeing Chris Paddock and Luis Castillo succeed elsewhere was the product of the previous management, ran by two men that had little regard for their farm system and were desperate to return to the playoffs that they were willing to forsake the crops if it meant getting another team’s cream. That’s how two potential All-Stars and Josh Naylor — who hit his first career home run against the Marlins this weekend — turned into Fernando Rodney, Andrew Cashner and Dan Strailey.

The sins of David Samson should not make Derek Jeter the jest for trying to rectify them. This year’s Marlins are now in the same position as the 2017 Marlins at this time and in better position to ascend because unlike the past, the present is powered by young pitching and the bats are finally starting to keep up.

The question now is where will they go from here?