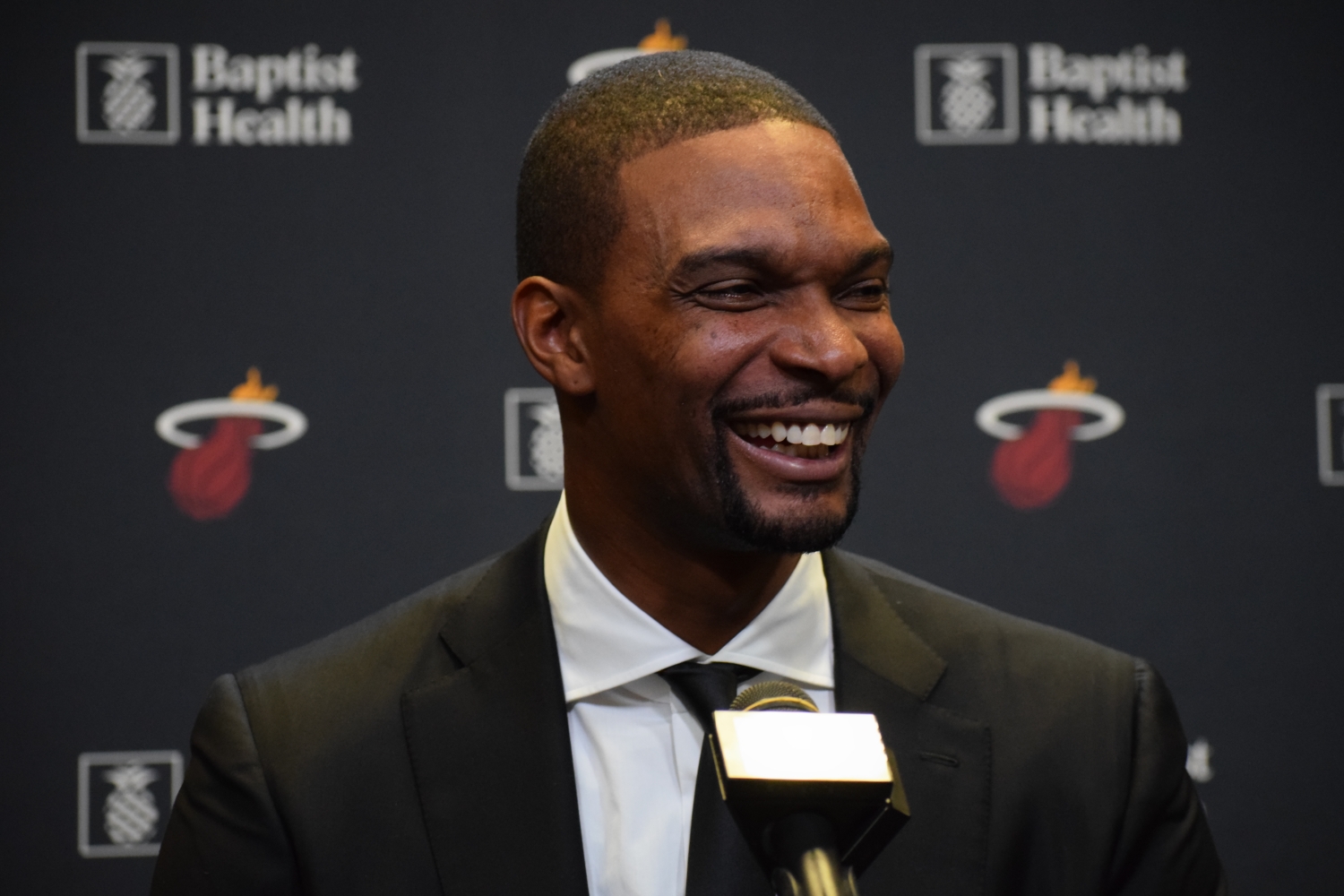 Dynamic tends to describe the action of events in the reactionary. We view, we process and we describe. Christopher Wesson Bosh never waited to be described as dynamic. He just was.

Over the course of a 12 year career he defined himself by being indefinable. Iconic moments and legendary stories laid in the wake of his dominance, and while he did dominate the basketball court, he also dominated our fascination. It was Chris’s world, and we were just along for the ride. So lets take one more trip with him back in time and recap five of my favorite Bosh moments:

When a dunk in Game 1 of the Indiana series sidelined him, surgery must of been on his mind, after watching Mike Miller suffer a similar injury earlier in the season. You would have never known it was though. Chris stayed positive, and that positivity was rewarded with a MRI that reflected no tear in the abdominal muscle. He would return, it was just a matter of how, and when.

While Chris rehabbed and began treatment, Heat coach Erik Spoelstra had to adjust. We all remember the “stare” from LeBron James, and what he did to the Celtics in TD Garden to save the season, and possibly Spoelstra’s tenure, in Game 6. But it wasn’t just him. Bosh was on the floor, and he made an impact: 19 points, 8-for-10 from the floor and eight rebounds. The King of Dragons himself (favored nickname in china, no seriously!) played a critical role in holding Kevin Garnett to one of his worst games in the series, all while still playing in pain.

Bosh was already a 2-time all star, and that year was selected to the game with the 2nd most votes for a forward. On this night in the Air Canada Centre, the arena echoed with MVP chants, with a smile all over his face.

One of my favorite tweets from Chris Bosh was sent on Jul 7, 2020. It quote-tweeted Jeff Eisenband, who asked to describe a favorite sports moment. Chris responded in customary fashion: “I got a rebound and made a pass.” So Chris. So everything he exemplified in a heat uniform. The constant pro, always deflecting, always lifting up his teammates. Ray Allen’s shot saved a season, but Chris Bosh’s rebound saved legacies: 13 men stand today with their hands a little heavier from rings because Chris did the thing he always did since entering the league. Gave maximum effort, and complete willingness to be the best teammate he can be.

Can you hear the Mike Breen call in your head too?

Chris is a goofball, he understood the importance of levity to team chemistry. Since he was one of the more learnt, introspective men in the league, I must assume this videobombing was a calculated decision. What made some of those heat runs so entertaining and so damn enjoyable was the love that came across in his interactions with teammates. Specifically you knew that as the 27-game win streak was growing in 2012, so was the brotherhood, the camaraderie….and their title chances. Ill never forget those winner circle postgame interviews and I like to think, as much development happened there as on the practice court.

There’s something so iconic about LeBron rushing the court at Portland with a strained groin, to then take some shots at Chris’s chest before draping a cape over his shoulder. (In retrospect that probably had to hurt)

It’s easy to forget, after watching LaMarcus Aldridge play last year, but he was a dominant force at the time for the Portland Trail Blazers, a difficult task for any defender. Bosh’s 37 points may be the grabber, but the battle in the trenches with Aldridge was part of the story too. Aldridge put up 20 shots that night. The team continued to trust his offense and Bosh continued to trust his grit. Limiting Aldridge to 22 points on those attempts puts Miami at the end of the game to call up one play.

Spoelstra likely knew he needed to go the guy who had earned the moniker Big Shot Bosh. The problem was he wanted to tie, and Chris, wanted to win. The play that won the game was changed, because the player who always accepted the moment,saw the opportunity to write his own ending. The ball is inbounded from Norris Cole to Dwyane Wade, who bobbles slightly before driving to the basket, pulling Aldridge away, allowing Bsh to clear far behind the arc. The pass is made, the shot is fired, the rest is history.

Though with Chris Bosh, making history would become habit.

Ready or Not, The Miami Heat Are Arriving

Heat vs. Bucks: The First Round Matchup Everyone Deserved
Scroll to top