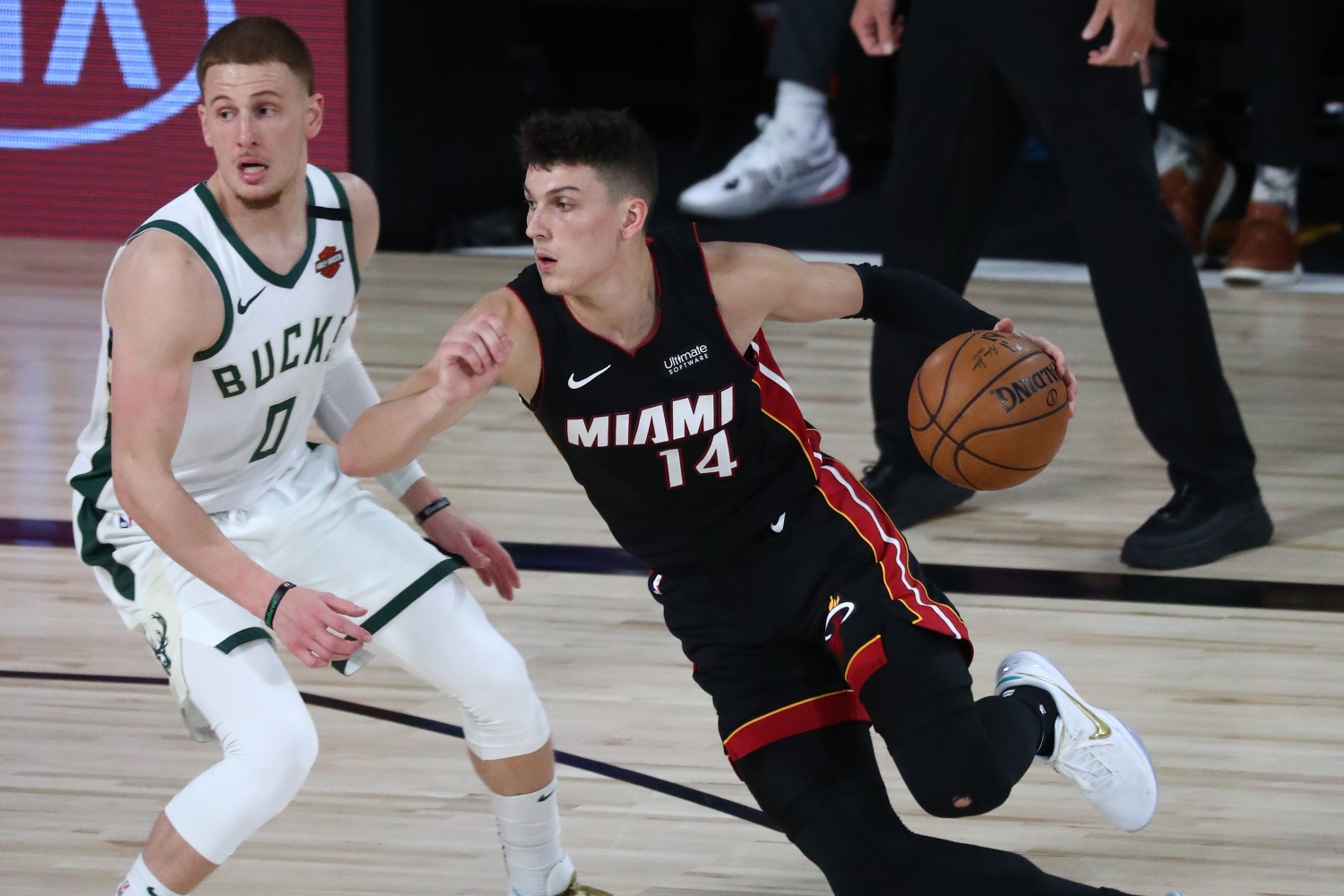 An NBA regular season filled with tons of chaos, uncertainty, and constant injury problems has come to its end. We arrived at the only logical place a constantly illogical season could come to — a first-round matchup featuring the two teams that clashed in a series that caught many by surprise in the Orlando Bubble last year. A series in which Miami thoroughly outplayed and embarrassed a Milwaukee team that looked like a deer in headlights.

The soul of the Bucks was removed and eaten alive by the Heat and Jimmy Butler. Miami would reach the NBA Finals in a run that captivated the fans in such an indescribable way. It would lead to an offseason filled with questions and doubts about the future for the Bucks and their fans. Two divergent paths paved by an unexpected series. Milwaukee would attempt to answer these questions by putting all the chips on the table for what could be a once-in-a-lifetime opportunity.

The Bucks traded for Jrue Holiday in a move that screamed of understandable desperation to ensure Giannis Antetokounmpo’s stay in Cream City. The gamble paid off as Giannis would go on to sign a Super Max Contract later that offseason. For Miami, it was much less drastic with some minor signings here and there. The big move they did make was giving Bam Adebayo a max contract of his own.

The regular season felt as if both teams were tuning up and training for this very moment. Imagine a Rocky-like montage, only it lasted 5+ months, and if Miami’s side included even more weights (IE: a shorter turnaround + protocols) holding them down. Everyone on the outside wondered where it would all lead towards in the end. Much like a Rocky movie, the end game features a rematch scripted to perfection.

We could have gotten a Heat-Hawks series or a Bucks-Knicks matchup — but what fun would that have been? Those same divergent paths once forged have crossed each other again. This series will have either made this season worth it for one fan base or lead into another offseason filled with questions needing answers. If Miami loses, there might get an empty feeling out of “what was this year all for?” If Milwaukee falters, it could lead to the most extended look in the mirror that Giannis and the franchise will ever encounter. The same point LeBron James and the Cavaliers had after losing to the Boston Celtics in 2010.

The difference being that Giannis has already decided to be in Milwaukee for the long term. More heads will roll, and I imagine those would include Coach Mike Budenholzer and maybe a prominent player. Could that player be Khris Middleton? I’m not advocating for that, but the front office might see it a different way, especially if Middleton has a tough series.

But the feeling of pure ignorance and bliss that Miami would get from a win would fuel the supposed “Cocky Heat Fan” for eternity. A victory that would make this season worth something when it looked like all was lost. While this may seem like such a small victory, for a team that’s dealt with as much as the Heat have, it’s bigger than that. Things really do change when circumstances throw different curveballs at you.

The win would also push back at all the “bubble fluke” talk throughout the past year. And for Milwaukee, they would have conquered their demons and somewhat justified the offseason moves in only one round. These types of stakes make the playoffs so fun, and we should be grateful to get it this early. Everyone will get more answers in this series than they would have gotten with the other alternatives.

It won’t only be the teams and fans getting and giving these answers, but for some individual players, like I mentioned earlier with Khis Middleton. Giannis will find out if it was right of him to put this much trust in the team when he could have waited until he was a Free Agent to test the waters. Bam Adebayo will have another opportunity to show everyone why he will be a force to be reckoned with for the next decade. Duncan Robinson and Tyler Herro can show everyone that it wasn’t the bubble that made them such deadly snipers from 3. Jrue Holiday and Goran Dragic with an opportunity to swing the series as the x-factors they’ve been dubbed.

Kendrick Nunn out to prove to the front offices that they should stick around past this season and that the playoffs last year were an aberration. We’ll all get to see so many of these storylines unfold in a series that will be the most fun in the Eastern Conference. Personally, I’m very excited to see the chess match that Erik Spoelstra and Jimmy pull on the Bucks and Mike Budenholzer. We’ve seen the adjustments and lengths Coach Spo is willing to go to throughout the course of a playoff series. Budenholzer may have shown a willingness to do new things during the regular season, but these are the playoffs. It’s an entirely new kind of animal in comparison. And we all know the mind games Jimmy Butler can create to throw you off balance. I look forward to seeing what he has in store this time around.

Milwaukee played everyone in their last regular season to lock up this matchup, indirectly saying they’re ready for the Heat. Miami squandered a couple of games they should have captured during the regular season but played their best basketball during the last month and a half to ensure their place. These are the beds that both these teams made themselves, and now they’ll have to lie in them. Well, more like fight in them to make sure someone gets a good night’s rest.

The basketball is going to be amazing, chippy, and filled with memorable moments. Everyone will get the answers they seek. There’s no waiting around for the second round of the conference finals. The time is now to see what they’re made of. No one flinched when this matchup was on the horizon. Now we’ll see who blinks first when it comes to the actual games. In a season that felt so empty, this is an opportunity to make it feel slightly filled. The NBA’s first-round series are rarely as compelling as this one will be. Let’s bask in the fun that’s about to happen in front of us.

Chris Bosh: Unique, Dynamic… and a Hall of Famer