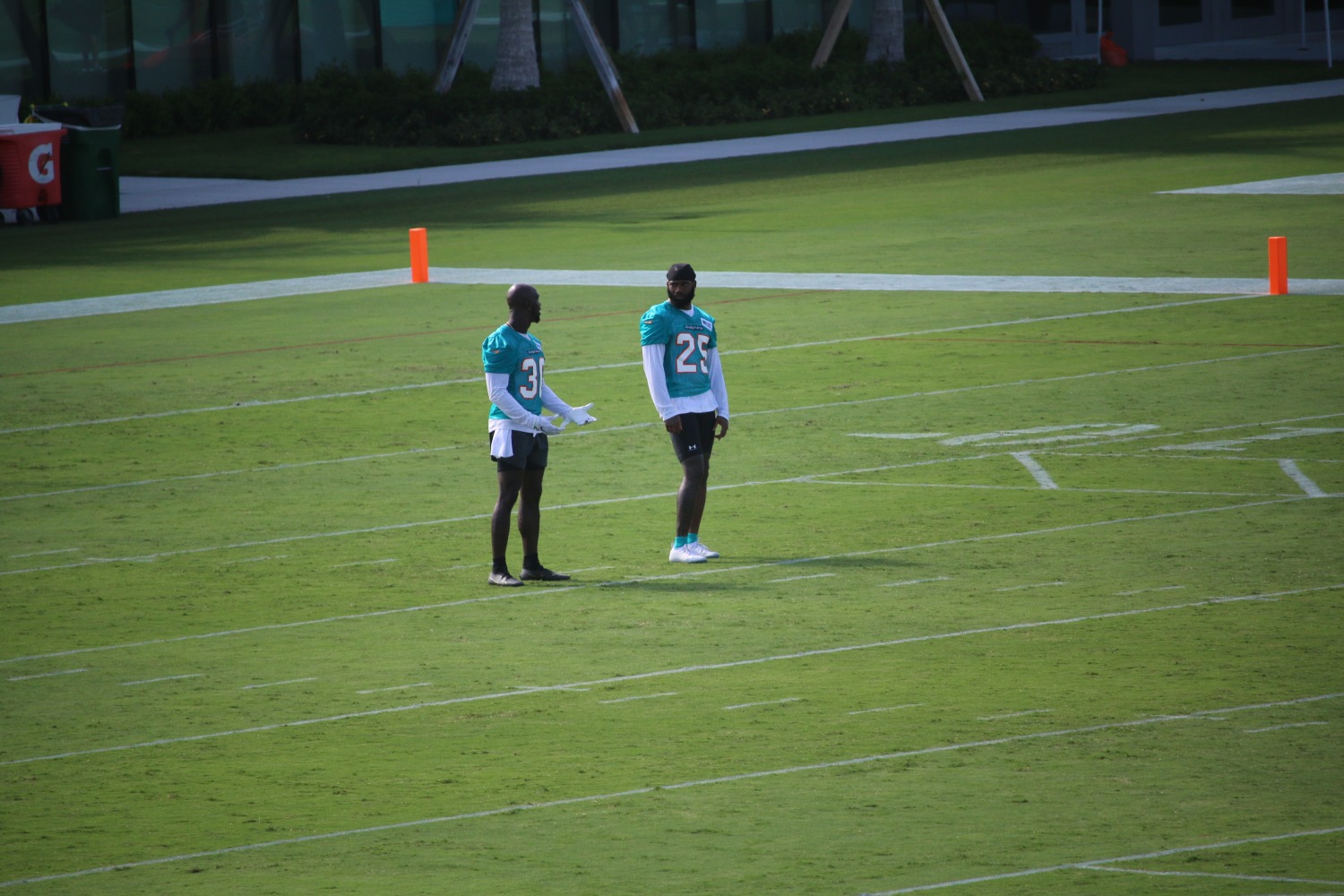 As the Miami Dolphins prepare to begin the regular season, hopes are undeniably high among the fan base.

So with this in mind, here are the three keys to defensive success this season.

The Dolphins were ranked the majority of the 2020 season ranked near the top of several key defensive categories. The most important category, points per game (PPG), Miami finished sixth in the league, giving up only 21.1 PPG.

Miami recorded 41 sacks ranking in the top half of all NFL Teams, 10th overall. The Dolphins led the NFL with 29 takeaways and continued their takeaway streak from 2019 to 22 games last season. Currently, it is the longest active streak in the NFL and third longest streak in team history.

the @miamidolphins defense was dominant on sunday recording 29 total pressures,(@PFF) 13 PDFs, and 4 takeaways.

here’s a look at the #dolphins dominant defensive performance vs the LA rams. #finsup pic.twitter.com/6W5nmfikZ6

If the Dolphins defense was able to accomplish this while starting three different rookies in 2020, having this defense return along with new rookie additions we should expect this defense to continue their dominance.

The Dolphins land at no. 11 in ESPN’s power rankings

“The Dolphins' defense features an elite secondary that could make life trouble for opposing quarterbacks. … And that, combined with Tagovailoa leading an upstart offense, helps Miami break both playoff streaks in 2021.” pic.twitter.com/uSkmh09Yoi

Raekwon Davis and the DL

Defensive tackle Raekwon Davis was one of the league’s best rookie defensive linemen in 2020, earning All-Rookie team honors. Despite primarily playing the nose position in Flores’ defense he collected 40 tackles, the second most by a rookie D-lineman in 2020.

Raekwon Davis was one of the league’s best rookie defensive linemen in 2020. His 40 tackles were the second-most by any rookie D-lineman in the NFL during 2020. He was just behind Washington DE Chase Young (42 tackles), who was the second overall pick in the 2020 draft.

The Dolphins beefed up front by adding DL Adam Butler and DT John Jenkins. In 63 career games with the New England Patriots, Butler has 15 sacks.  Jenkins enters his ninth NFL season and had 34 tackles for Miami in his first stint with the team in 2019. Jenkins and Butler will add extra depth and keep Wilkins and Sieler’s legs fresh in crucial moments.

It can be tough to affect the passer as a defensive lineman on 1st down in Miami’s scheme. Doesn’t necessarily favor the typical skill set people normally think about in a defensive end. Zach Sieler has the physical presence to get the job done a little better than some, IMO. pic.twitter.com/WviNczuDTa

Davis, Wilkins, and Sieler are stout run defenders, per PFF they were three of the Top 5 run defenders on the team last season. These 3 will be critical in helping to stop the run and allow Linebackers to clean up tackles and make plays in space.

Furthermore, it should open up avenues for the pass rush to get better with the addition of first round rookie Jaelan Phillips. He’s fundamentally sound and has the toolkit to wreak havoc against opposing offensive line in Brian Flores’ scheme.

Emmanuel Ogbah was able to become one of the league’s most productive pass rushers in 2020, his first season as a Dolphin. If Ogbah can continue the same success, the Dolphins Defense could look scarier compared to last season. He saw a six-game sack streak come to an end in Denver. The streak was tied for the second-longest in team history behind Hall of Fame LB/DE Jason Taylor’s eight-game streak in 2002.

Could I possibly interest you guys in some Emmanuel Ogbah analysis ? pic.twitter.com/J3UtgS3jgj

Brian Flores and Josh Boyer create pressure through exotic schemes and blitzes, but with the addition of new talent and returning players it may become effortless.

Cornerback Xavien Howard led the league with 10 interceptions last year, earning a Pro Bowl selection and being named first-team All-Pro. He became the first NFL player since 2007 to record double-digit INTs in a season. He also bailed out the Dolphins countless times, at times leading them to wins.

Howard had two interception streaks during the season, one being a four-game streak and the other a five game streak, which is tied for the longest in team history. Howard was limited to five games in 2019 and 12 in 2018 due to injury. Currently, he still leads the NFL in interceptions dating back to 2017.

FIFTH STRAIGHT GAME WITH A PICK 💪

In 2020, his 20 passes pass breakups were a career high and also led the NFL. It was the most by a Dolphins player in a single season since CB Patrick Surtain had 21 in 2000.

Having Howard back for this season amid an offseason controversy regarding his contract is huge as the secondary would have taken a big blow without him.

Chris Bosh: The Struggle and Power of Closing a Chapter