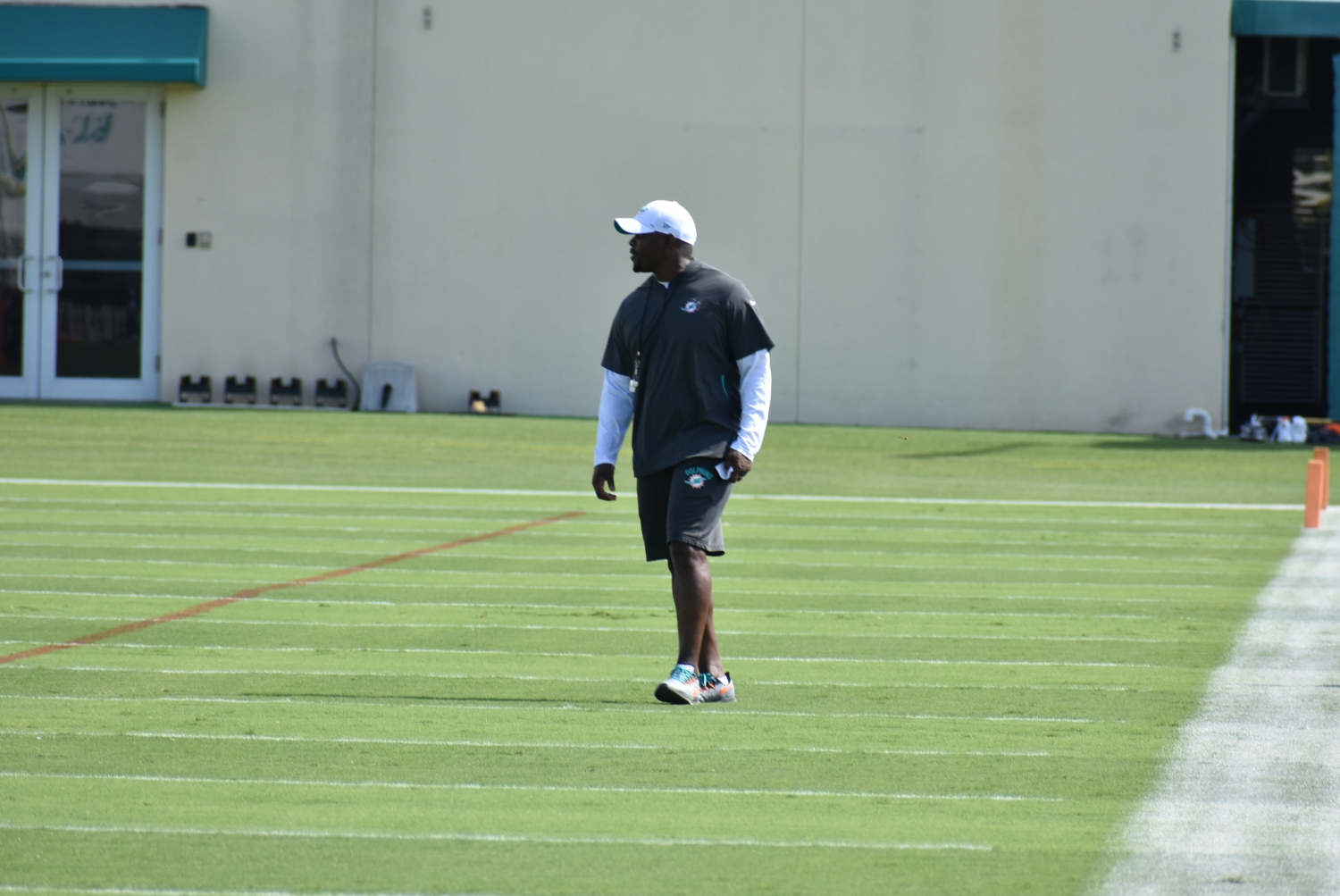 DAVIE – Welcome to the Dolphins season of low expectations.

As freshman coach Brian Flores opened his first training camp Thursday, it is OK to hope for pleasant surprises. But before climbing about this express to parts unknown, be aware that it could get butt ugly along the way.

That is not to say there aren’t some talented players and an accomplished coaching staff to guide them. There also is nothing that suggests the makings of a formidable pass rush, even with Flores’ moxie as a defensive strategist.

It is very difficult to counter competent NFL offenses without one.

When this team needs a stop on third down there is no Cameron Wake to count on to put the heat on the opposing quarterback – not even the aging Wake of last season.

More from Dolphin Maven: Josh Rosen has long climb to fulfill hope as QB of future

Without pressure up front, skilled DBs like Xavien Howard, Minkah Fitzpatrick and Reshad Jones can only be expected to maintain coverage for so long.

That is the most dangerous scenario I see derailing Sunday after Sunday in the early stages of this rebuilding project.

What should fans wish for?

There is always the possibility they may overachieve, particularly if key playmakers can dodge the rash of season-ending injuries that dragged down last season.

That could lead to a middling record, too good to achieve the Tank for Tua objective of those hoping the Dolphins will lose enough to have a chance to draft Alabama quarterback Tua Tagovailoa.

This can be a more confusing season than most for genuine Dolfans who must be wary of what they root for.

Rest assured, the concept of tanking is anathema to Flores, his coaches and players. They will be doing everything they can to win every week.

The best approach for fans could be to watch with an eye to identifying players that will form the platform for winning, if not this season then hopefully soon.

Some players to watch

How good can versatile DB Minkah Fitzpatrick be in his second season?

Will tight end Mike Gesicki prove worthy of a second-round pick in his second season? He showed the athleticism Thursday with a leaping, one-handed snatch of a goal-line fade from Ryan Fitzpatrick over Bobby McCain.

Can rookie Christian Wilkins translate his championship pedigree at Clemson to become the anchor of a stalwart defensive line?

I am glad they didn’t bring back Frank Gore to afford the opportunity for the younger backfield tandem of Kenyan Drake and Kalen Ballage to show what they can do.

Even gladder they finally moved on from Ryan Tannehill.

It was good to see jitterbug receivers Jakeem Grant and Albert Wilson on the field Thursday, healthy after last year’s debilitating injuries.

Flores out of Belichick’s shadow

Meanwhile, eager to see what Flores and his coaching staff can accomplish after predecessor Adam Gase failed to measure up to the hype as an offensive prodigy.

Flores is coming off leading one of the greatest Super Bowl defensive performances in the Patriots shutting down the high-flying Rams in February.

Granted, Bill Belichick assistants don’t have a distinguished record of success after leaving New England, and Flores doesn’t have the Patriots defensive personnel in Miami.

But New England defenses often turn out to be greater than the sum of their parts. They play right and exploit opponents’ weaknesses.

So part of the intrigue of this season will be to see if Flores can fashion prime rib out of ground chuck with the defense.

Can he get the most out of young linebackers Jerome Baker and Raekwon McMillan while working in rookie Andrew Van Ginkel as a situational component.

“Obviously, we haven’t played in a real game yet, but he’s got the attention, command and respect of the team right now,” veteran quarterback Ryan Fitzpatrick said Thursday.

Flores is reluctant to be drawn into discussing expectations, repeating the mantra of focusing on getting better each day.

It’s not sexy, not what fans want to hear. Especially fans who may not be quite sure what they expect or want out of this season.

Prior to Thursday’s first workout of training camp, Flores was asked what he’d tell the fan base that feels conflicted about winning and looking ahead to the future and wanting a high draft pick?

Flores response: “I tell them, support the Dolphins. You’re going to have a tough, smart, disciplined team that works hard. That’s not going to beat themselves. And, we’re going to fight to win every week. That’s what I tell them. And they’ll support us if you do that.”

Please check out our site, dedicated to bringing you Dolphins news, insight and commentary year round.