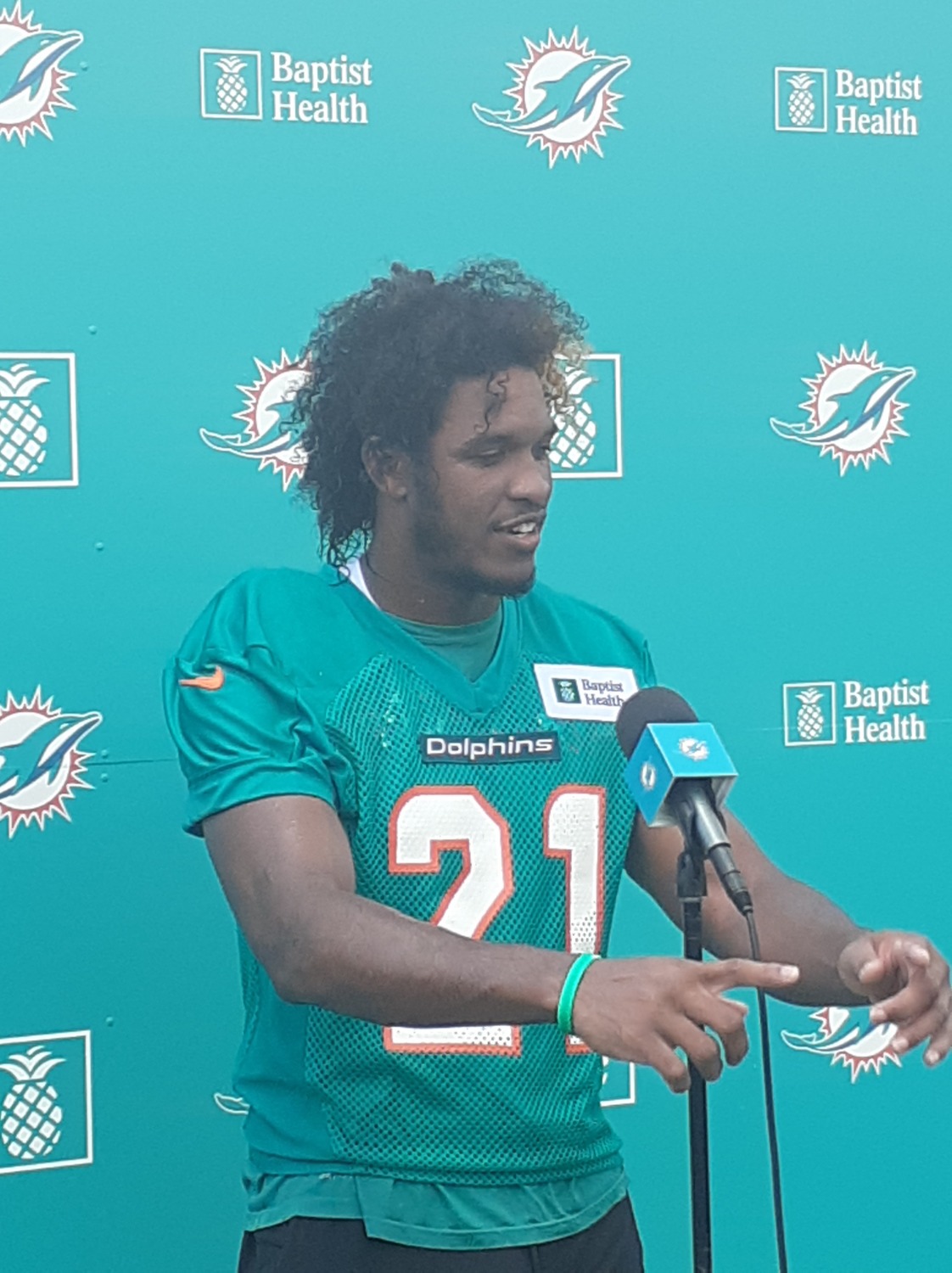 For much of the offseason, a civil war has broken out amongst #DolphinsTwitter.

Some believed that Tua was handed the raw end of the stick, being tied to a 68-year old offensive coordinator. Others believed that was an excuse. “iF a 17 yEar vEt lIkE rYaN FiTzpAtRiCk cAN dO it, So CAn a RoOkIe” some old head on Facebook probably said.

Many see the flaw in that. But we won’t make excuses.

Nevertheless, there has been this narrative since the beginning of days that Ryan Fitzpatrick had a different playbook than Tua Tagovailoa. Or at the very least, he was handcuffed by Chan Gailey—who admitted he burned all of his old football stuff to start over fresh. (That’s like me opening a restaurant or getting a food truck but beforehand nuking every recipe I know. Hell, I have a goldfish brain and I’d probably remember most of my memories. Did Chan?)

Today, Dolphins safety Eric Rowe basically confirmed what many of us already believed. And that is that last year’s offense was as vanilla as those gross wafers you can buy at the grocery store.

eric rowe on what the biggest difference is between #dolphins QB tua tagovailoa in 2021. pic.twitter.com/o3lYwSdhab

Now there will still be folks that believe Tua Tagovailoa was an utter failure a season ago. I tend to understand he wasn’t perfect. It was this year that was always going to show what quarterback the Dolphins truly had under center. And early on, I think we’ve seen a different player than what we did a season ago.

Through one week, without pads, Tua Tagovailoa has looked #moneymoneydingdong. He’s looked decisive, accurate, and has displayed a big-a$$ rifle for an arm connecting on one big play after another. Tuscaloosa Tagovailoa as some may call him.

And he’s been doing it with a variety of different receivers.

i made a quick video with some @tua highlights from the first few days of #dolphins training camp. pic.twitter.com/t3X64gXRYr

Most impressive, The Samoan Southpaw hasn’t thrown an interception since last Wednesday and continues to get better and better. Like a nice bourbon barrel stout.

Now the real test is tomorrow when teams put the pads on for the first time.

Chan Gailey is gone and the handcuffs have been removed. It’s now time for Tua Tagovailoa, and his new arsenal of weaponry, to go out there and light the sky on fire.

What Kyle Lowry Means for the Direction of the Heat