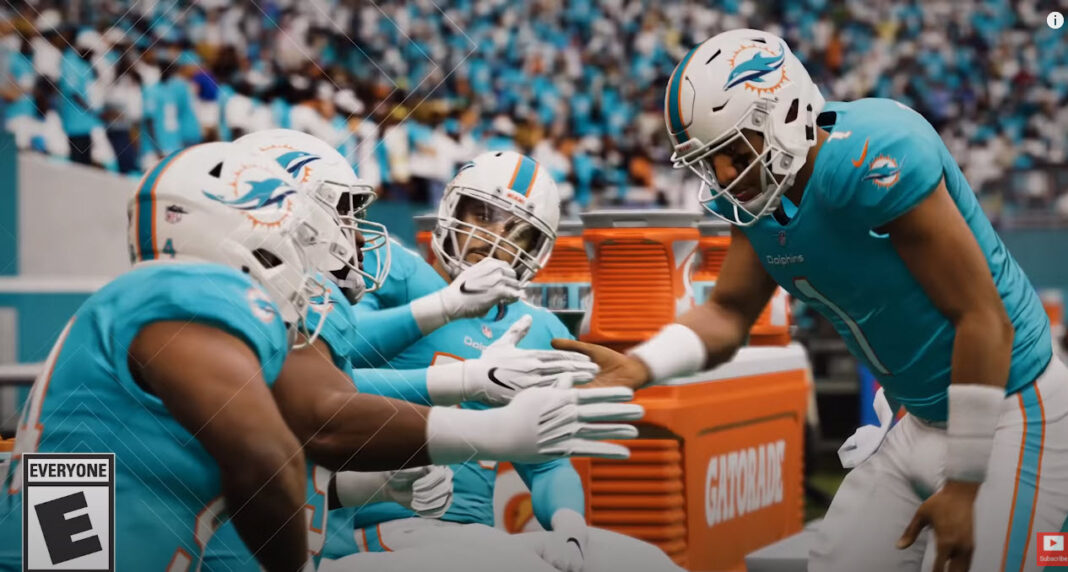 Last weekend, some lucky fans were able to play the Madden 21 beta, myself included. And while we were unable to use the Miami Dolphins and quarterback Tua Tagovailoa, there was still a lot to like about the beta. But the real question Dolphins’ fans wanted to be answered, is what would their new franchise QB’s Madden 21 rating be.

A short time ago, EA released most of the rookie QB’s ratings, and to the surprise of many, Tua’s were good.

Of course, they make golden boy Joe Burrow the highest-rated QB of the group with a 76-overall. But The Left Arm of God was the second-highest rated player at his position, clocking in with a 73-overall rating. Some might wonder if Tua would’ve been the #1 overall pick in this year’s draft and if he would be sitting atop this group if he never suffered that season-ending injury.

He may not have have been the top-rated rookie QB, but his attributes were a thing of beauty.

I’m not surprised it’s July 9th, and I’m getting hot and bothered by this year’s Madden. It’s what I’ve done every year since I broke out of my mother’s womb. And like every year, this will be a glorified roster update that I play for a few days and get tired of. Until they do #FixMaddenFranchise, there’s going to be a lot of disappointed fans of EA and their company. Myself included. But for now, rookies are the only reason some of us buy the game every year.

So, while we now know what Tua’s ratings will look like, we still have ten other rookies to wait on, and that’s not including UDFAs.

One thing we need to remember is if Miami’s QB plays like many of us hope, his ratings will get a much-needed update.

The question now is simple. Will you buy Madden 21 to play with Tua? Or update your most recent copy of Madden and wait for Next-Gen.

Like a sucker, I’ll be buying Madden 21. And Tuanigamanuolepola Tagovailoa is to blame.