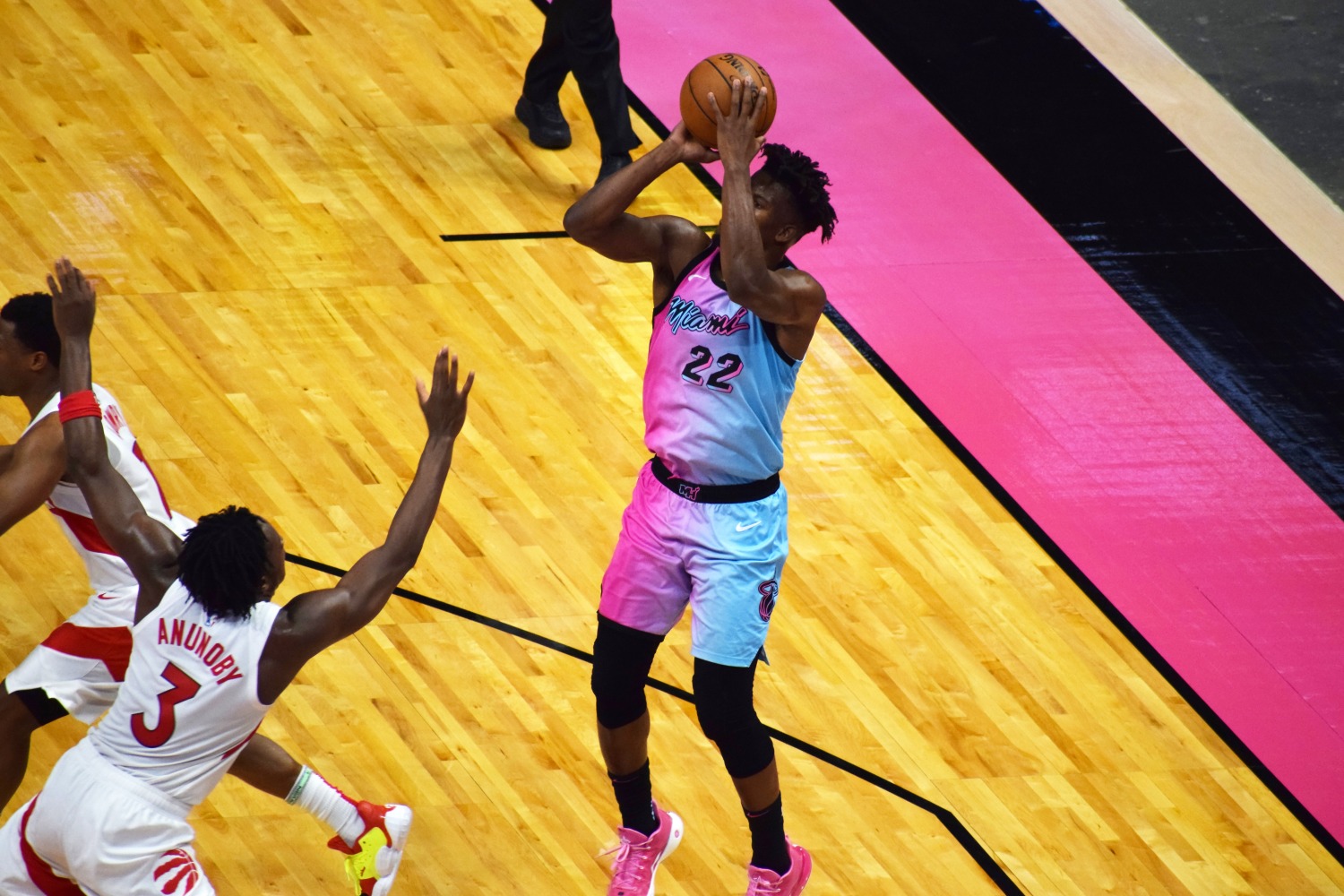 The Miami Heat is finally back, right?

Beating the best team in the NBA, the Utah Jazz, should be enough for those who have been doubting this team since the beginning of the season.

A team that didn’t have a great preseason (no team did, but still), that brought several pieces that couldn’t fit, and that had to face several games without starters or key subs because of COVID-19 related issues.

All of that, plus an apparent lack of enthusiasm or coordination at some points of the season, led to a frenzy on #HeatTwitter or all social media outlets in which fans discuss the Heat.

The Heat was in a dark place. We can’t deny that. They were seven games under .500 at some point (7-14), and it looked like the only way to relive it was to trade somebody, or something.

Jimmy Butler took over and since he’s been back, the team looks different.

The Heat are 9-3 since Jimmy Butler came back.

However, not even Butler himself would say this version of the Miami Heat is similar to the one that was two wins away from a championship months ago.

Kendrick Nunn has also gone back to what we saw during the regular season last year, and that has made that we barely notice the absences of Dragic and Herro.

On a re-watch: Kendrick Nunn did a really nice job defensively last night even when he wasn’t scoring.

Some people may forget, but the Heat is still missing pieces. I don’t even remember the last time Spoelstra had the entire roster available, or if that has ever happened in this 2020-2021 season at all.

That’s why I was suprised when the team was getting bombarded by their own fans, and even some of our own guys here in the Five Reasons Sports Network lost a little bit of their guts (you know who they are).

Here’s a good podcast you should listen, on assessing the adversity narrative.

The beautiful thing about sports is that everything can change rapidly. I personally have never asked for a trade, but I did think the team needed to adjust several aspects of their game.

No team is perfect, and it is just not that easy to get rid of Kelly Olynyk, Chris Silva and Max Struss to get James Harden or a similar star in return.

Some people pulled the trigger too early on this team, or as Bam Adebayo said right after beating the team with the best record in the league, too many counted the Heat out, when there was a lot to play left.

The second part of the schedule is out, and the Heat should do better (it’s not that hard if the team is healthy and playing the way they’ve been playing, anyway).

They’re in fifth right now, because the East is better this season, but it’s really not, and even the third place doesn’t look that far away for a team that was in the middle a “crisis” just weeks ago.

Enjoy the rest of the season, and thank you for the support that you’ve been showing us in all of our platforms. We’re growing thanks to all of you, and we’ll keep grinding and getting better, for you.

In case you missed it, you should check out the Miami Heat – Utah Jazz postgame show…