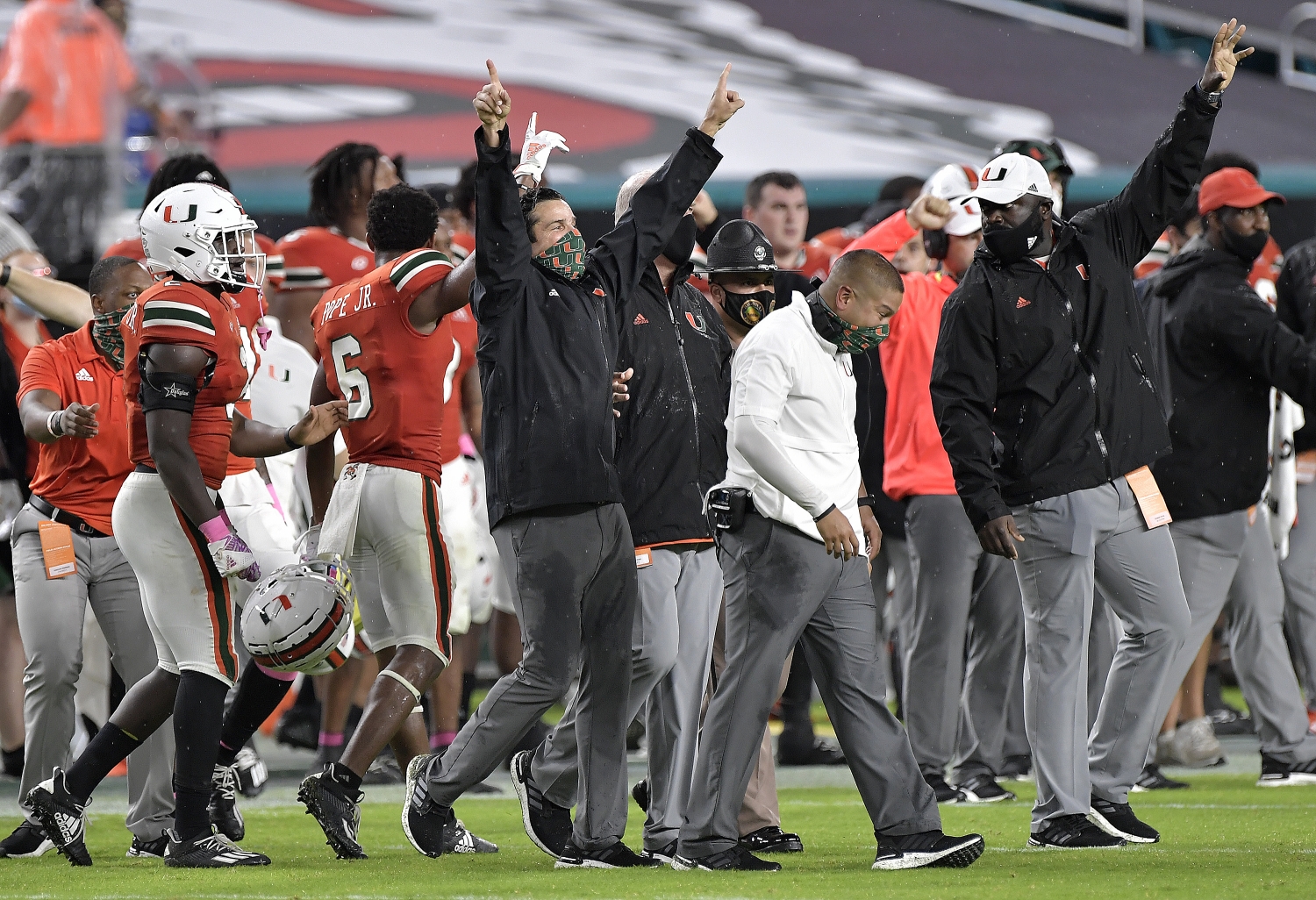 Travis Williams’ tenure as linebackers coach at Miami was short-lived and as a result, head coach Manny Diaz found himself yet again searching for a candidate that would assist with coaching up Miami’s poorest unit in 2020. The Canes officially announced on Monday that Ishmael Aristide would take over the reigns as the new outside linebackers coach.

Aristide spent the last two seasons as a defensive analyst for Texas A&M, where the Aggies defense allowed 317.3 yards/game, 9th-best in the country and tops in the SEC.

Per a UM press release: “We’re excited to welcome Ishmael to the Hurricanes program,” Diaz said. “He is a sharp defensive mind and relentless recruiter who will be a great addition to our coaching staff.”

Now I know Aristide’s name might not ring a bell at first. This is because it is Aristide’s first gig as an on-field coach so he’s definitely not proven in terms of player development and relationships with current roster players.

This leads me to my next point on why Aristide is a big get for the Canes. Aristide made 247Sports’ most recent “30Under30” list, which notes the top 30  up-and-coming coaches under the age of 30. Here’s what 247’s Chris Hummer had to say on Aristide:

“Take a look at any member of Texas A&M’s 2020 recruiting class, and there’s a pretty good bet Aristide had a role in helping to land that player. Considered an elite recruiter, Aristide aided the Aggies’ pursuit of players like Donell Harris and one of the deepest defensive back classes in the country. He’s also been a big asset for Texas A&M’s defensive back room, working alongside defensive coordinator Mike Elko. Aristide came to College Station from Ole Miss, where he served as a senior defensive analyst from 2017 to 2019. Before arriving in Oxford, he was a GA at Auburn. The former Purdue Boilermaker is someone we expect to have an on-field role sooner rather than later. Those around the Aggie program are very high on him.”

It’s clear that Diaz jumped on the chance to get Aristide on his staff knowing that he is held in high regard, a great recruiter, and a Miami native.

Let’s start off with his recruiting prowess. Texas A&M has compiled top-7 classes in the past two recruiting cycles  and a big catalyst for both classes was Aristide.Fisher counted on Aristide to land a lot of the big fish that would eventually make their way to College Station, including former longtime Miami commit and four-star DE Donell Harris. If you don’t (or don’t want to) remember, Harris was a highly-rated defensive end that was initially in the 2021 class but switched to 2020.

He did graduate from an Orlando-area high school but his Miami roots do run deep outside of changing one recruit’s mind. If the Canes didn’t already build a fence around Miami Northwestern High after the 2021 recruiting class, it’s interesting to note that Aristide’s father Wallace is the principal.

All in all, it’s definitely far from a given that he will provide exponential growth to the linebacker room. But Manny Diaz recognizes that the next two recruiting classes are flooded with South Florida prospects and adding a fourth coach with major South Florida ties (TRob, DVD, Stephen Field, Aristide) should pay major dividends.

What are some Miami Heat trade options?

The Heat Bringing the Jazz Down: Time to Get Back on Board
Scroll to top