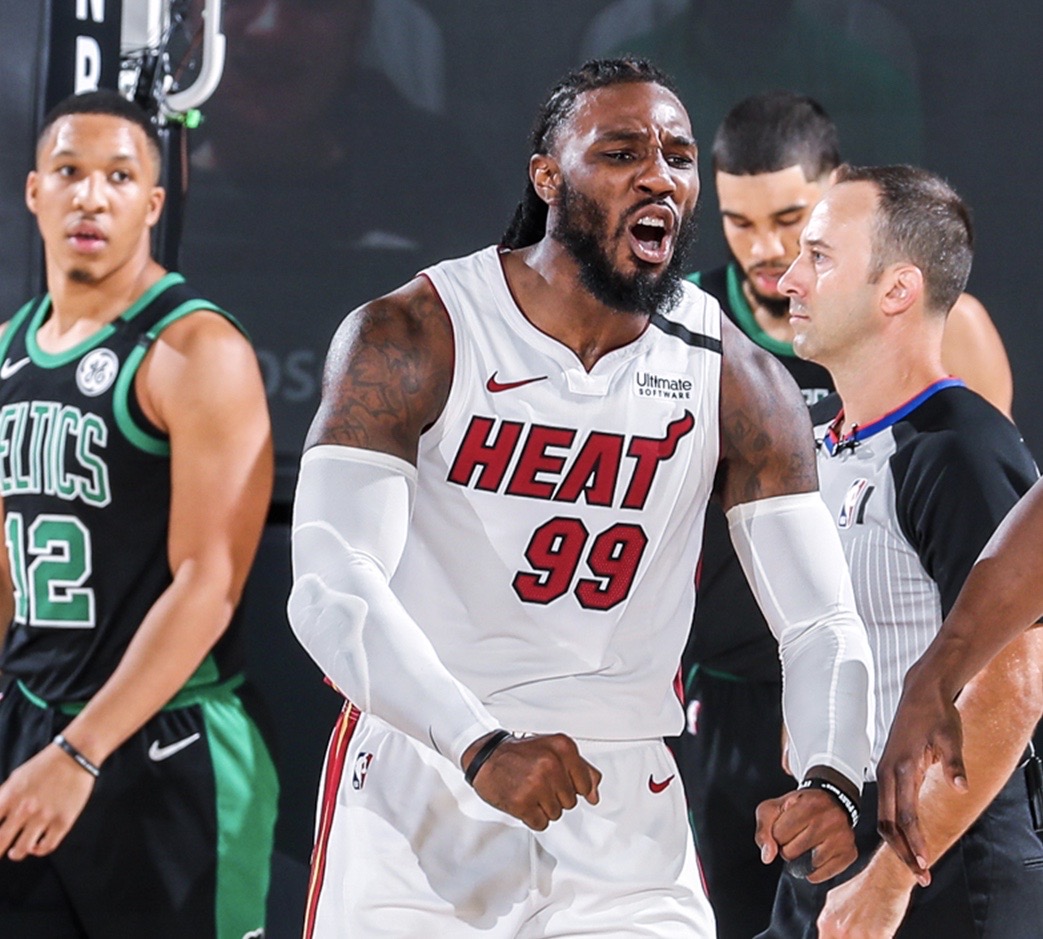 Rarely has a playoff matchup been introduced with this much uncertainty. Given the unprecedented bubble environment and lack of past matchups between the two teams as presently constructed, there weren’t many voices around the NBA willing to confidently predict how the Eastern Conference Finals would play out. ESPN experts were split down the middle, with 11 people picking the Heat and 11 picking the Celtics, everyone agreeing that the series would last 6 or 7 games. The general consensus seemed to be that the series could go either way.

Still there were people who doubted whether the Miami Heat belonged, people who doubted whether they could challenge the Boston Celtics as much as the Toronto Raptors had the series before. These people took the Heat’s dominance over the top-seeded Bucks as proof of Milwaukee’s fraudulence rather than evidence of Miami’s prowess. Paul Pierce (an unbiased voice, no doubt) went as far as to say that the Miami Heat hadn’t been “tested” yet. There were some legitimate questions about whether the Heat had defensive personnel to contain Boston’s array of electric offensive players. Would Kemba be the guy to finally exploit Miami’s point of attack issues on defense? Would Crowder be able to keep up with the Celtics’ young wings? As cocky as Miami fans acted and as divided as opinions were on the conference finals matchup, there were whispers about whether this would be the round where this unlikely, unexpected Miami Heat team would be exposed and outmatched. After a dominant first quarter from Boston, people had to wonder whether Miami would get run off the floor.

If the following three quarters of game 1 proved anything, it’s that nobody should be worried about whether Miami is up to this challenge.

With a bit of zone, plenty of trapping, and a lot of Bam flying around the court, the Heat did an incredible job of shutting down Kemba Walker and disrupting the rest of Boston’s offense. Despite a typical star scoring performance from Jayson Tatum and the odd hot shooting night from Marcus Smart, Miami’s defensive personnel showed that they could keep up. Crowder looked plenty capable of sticking to Boston’s best wings and guys like Goran Dragic and Tyler Herro weren’t the defensive liabilities some worried they may be in this series.

On the offensive end, Goran continued his all-star level playoff play, getting the Heat running and pulling the team out of their first quarter slump. Boston’s number 1 defense didn’t stop Miami from getting into a rhythm and finding their shots. Herro and Adebayo displayed a level of patience, poise, and awareness uncommon in players their age, ending with 9 assists each. Never looking outmatched, Miami found open shooters, attacked the paint, and got Boston into foul trouble. The teams seemed as evenly matched as it gets, but down the stretch of a competitive game the Heat’s leaders didn’t flinch a bit. They climbed back from a 12 point deficit entering the fourth quarter, overcame a questionable off-ball foul that sent the game to overtime, and weathered a huge clutch shot from “Cardiac” Kemba, to come away with a huge game 1 win (on the road!). All it took was a couple of clutch plays from 20 year old Tyler Herro, a couple of clutch plays from Jimmy Butler, and a game saving block by Bam Adebayo that Magic Johnson called “the best defensive play [he’s] ever seen in the playoffs”. This not-so-humble 5 seeded Heat battled Boston to the last second and never blinked.

There are concerns, of course. While Duncan Robinson was able to get more open looks than he got in 5 games against the Bucks, he was limited by foul trouble and couldn’t find his rhythm. Kendrick Nunn continued to be a liability for the Heat, which means more weight falls on the shoulders of 34 year old Goran Dragic. Kelly Olynyk struggled, and if he can’t turn it around, the Heat will have a hard time surviving minutes where Bam rests. The Heat fell into the same offensive lulls that we saw against the Bucks and Pacers, but it looks like the Celtics have the offense to make them pay for them. The margin of error for Miami is razor thin, and Boston will punch back in game 2. Meanwhile, the recovering Gordon Hayward looms and Celtics fans have to hope that his return can tip the scales of a mostly balanced matchup.

The Celtics aren’t the Bucks. They certainly aren’t the Pacers. Brad Stevens will adjust, Kemba Walker and Jaylen Brown will get going. It looks like Erik Spoelstra and the Heat will need everything they’ve got if they’re going to win the East. The outcome of the Eastern Conference Finals is not much more certain than it was a day ago, but here what is clear. Spo isn’t scared. Bam isn’t scared. Herro, Crowder, Dragic, Butler certainly aren’t scared. Riley sure ain’t scared. Nor should you be.

Jack Alfonso can be found at @AlfonsoHoops. Photo courtesy of @MiamiHeat on Twitter.

Marlins should take their own advice and continue paying attention