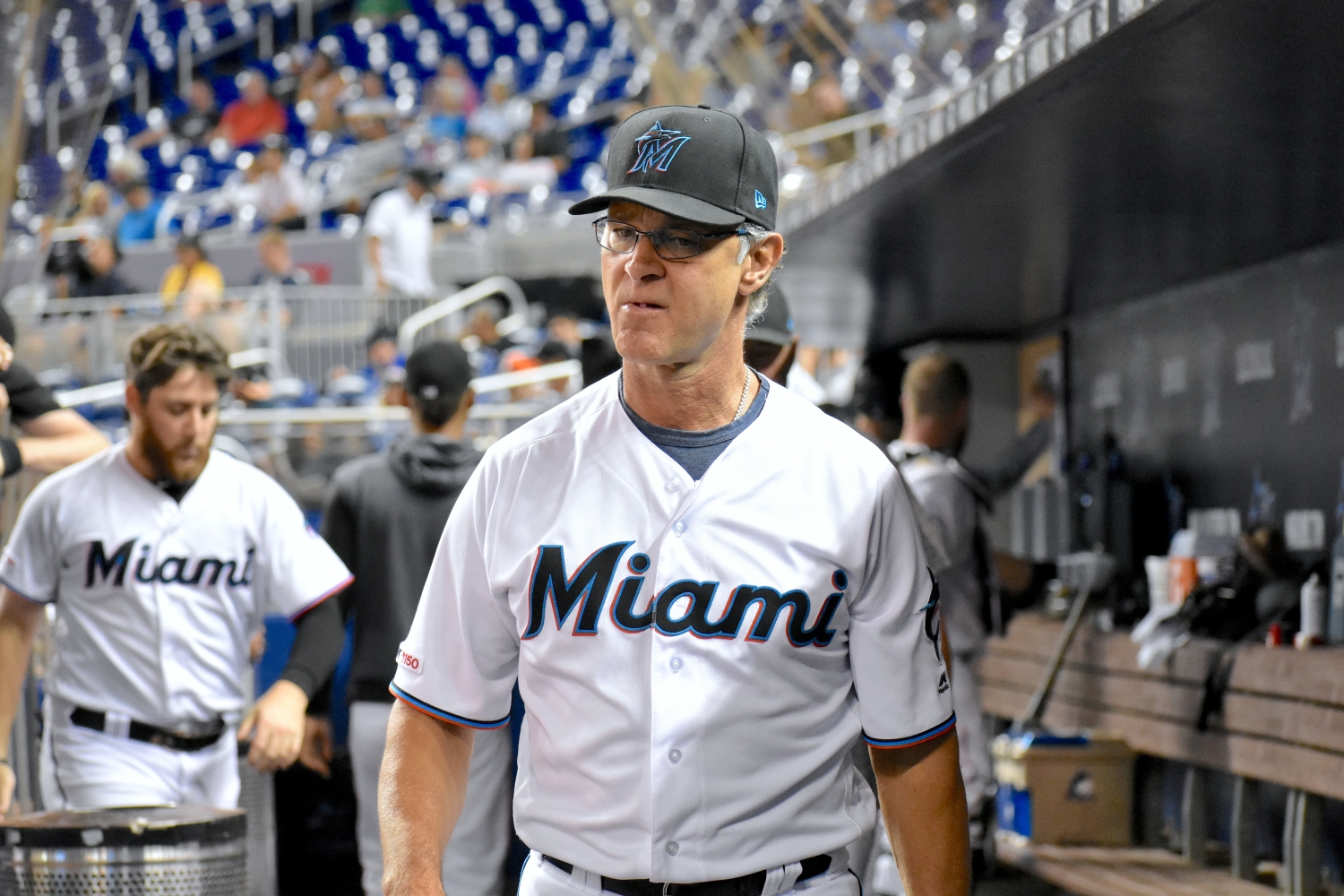 The fact that one of the best catchers in baseball wanted to leave Miami via trade because he wanted to win, only to go to a team with bloated expectations and being dominated by the very team he didn’t believe in, is delicious enough for Marlins fans.

Going 7-3 against a team lead by JT Realmuto, Bryce Harper and Didi Gregorious and taking back second place of the NL East has led to the Marlins feeling themselves a bit. The social media team asked the nation and its media if they were finally paying attention to the franchise formerly known as “bottom feeders.”

As great of a story it is, the Marlins should take their own advice and continue paying attention to the road ahead. What lies in front of them is eight straight home games against the Boston Red Sox and Washington Nationals, both teams are currently last in their respective divisions. After which, the Marlins finish the regular season on the road against Atlanta and a desperate and volatile New York Yankees team.

Should anything go wrong and the Marlins will return to being the laughing stocks of baseball. It can be easy to forget that this was teetering around .500 and barely clinging on to the bare minimum of playoff qualification before they were scheduled to play with their favorite punching bag again.

When the Marlins won, it was either with dominant starting pitching or resilient hitting. When they lost, it was in horrendous fashion. They gave up double-digit runs in both losses against the Phillies and their last game against the Braves was a 20-run loss. I say that to say, as good as the wins have been for the Marlins, it can all turn on a dime.

That being said, the Marlins have every right to puff out the chest and thumb their nose in the face of the national media. Don Mattingly started his first press conference of spring training this year saying he would like to meet any national media member that didn’t pick the Marlins to finish last in the division. He also said that whatever respect they where to gain had to be earned and it looks like they believe they have earned it.

“Nationally, before the season, nobody was really thinking about the Marlins at all,” Mattingly said. “but I think we felt pretty good about ourselves. I think we’re doing what we believe we could do.”

After two years of rebuilding in the cellar, the Marlins fortified their lineup with a slew of veteran free agent additions. After last season, any new set of names in the lineup would be considered an improvement. They got Jesus Aguilar and Jonathan Villar for basically an empanada. Aguilar, batting .295 with six home runs and 29 RBI, looks like he returned to All-Star form. Once Villar proved to be a glorified version of Jon Berti, he was traded to the Blue Jays for prospect Griffin Conine.

The national media truly took notice when the Marlins traded for Starling Marte. He was already batting .300 at the time of the trade but after over a week of clutch hits (3HR and 11 RBI), it was clear that he was going to be the difference maker for the Marlins.

“Starling’s been huge for us because he brings that energy,” shortstop Miguel Rojas said. “He’s such a dynamic player that can do a lot of things in the baseball field. I’m really excited about him and hopefully we can have him here for a very long time.”

“He solidifies centerfield,” Mattingly said. “He’s gotten big hits for us. The hit today with two outs was huge. He’s been great for us and he’s solidified that one spot for us which allowed me to now do a lot of different things in the corners and knowing that spot in the order is kind of set.”

Rojas batting .370 and the veterans providing the pop masks the glaring fact that their young hitters are not ready yet. Isan Diaz, Jazz Chisholm, Jesus Sanchez and Monte Harrison have all gotten big league opportunities but none of them have stood out yet.

Lewis Brinson, in his third year, has seemed to have finally found a niche against left-handed pitching. In 36 at-bats, which is half of his at-bats for the season, he is batting .306 with a .915 OPS against southpaws.

The pitching on the other hand, made the rebuild a success. Sixto Sanchez is out there looking like Pedro Martinez, with a 1.69 ERA in five starts. Sandy Alcantara is as good as he was last year and Pablo Lopez finally reached his potential. These three starters alone makes a Marlins a team to fear in the postseason.

“I kind of hope people are giving us more credit because we do have a good team,” outfielder Matt Joyce said. “You kind of get labeled and branded something because of the past. It’s not the same team, not the same organization. You have a chance to win every night.”

Season Ticket: It’s Heat vs. Celtics, Riley vs. Ainge, as it should b...

Heat Prove They are up to the Challenge
Scroll to top