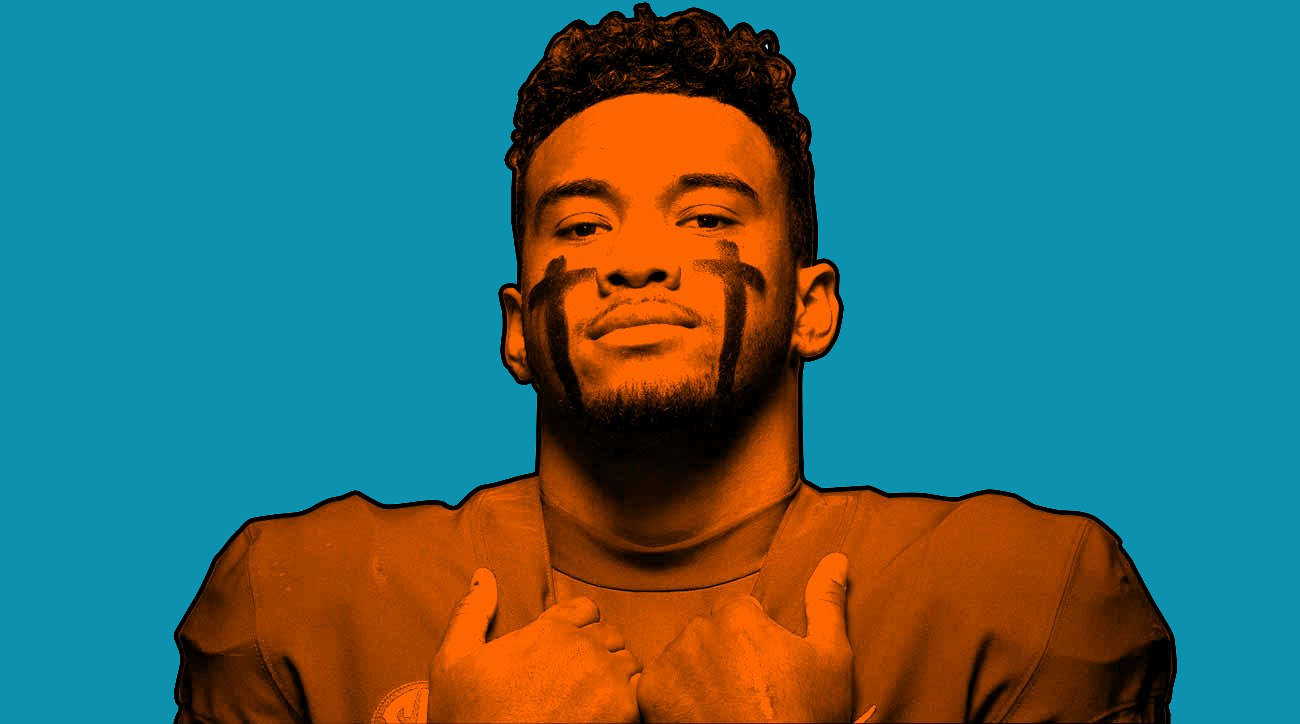 Alabama QB Tua Tagovialoa has officially declared for the 2020 NFL Draft and the Dolphins should draft him-NO MATTER WHAT.

Listen to the latest episode of 3 Yards Per Carry HERE

Now that Tua Tagovialoa has officially declared for the 2020 NFL draft, we can all start fighting over whether or not he’s worthy of a top-5 draft pick. Truth is, if Tagovailoa is cleared medically, there will be several teams interested in trading up for his services. Which not only means the Dolphins will have to draft him at #5, it means Miami could very well have to trade up to guarantee their chance at the Alabama QB.

So, what should the Dolphins do with an important decision looming?

tua tagovailoa, no matter what. pic.twitter.com/fhByH1dbCz

I repeat, TUA TAGOVAILOA NO MATTER WHAT.

For twenty years, the Dolphins have been searching for their next Dan Marino. And no, there won’t ever be a QB in the history of the world quite like him. But drafting prospects like Ryan Tannehill proved to be a failure. John Beck, Chad Henne, and Pat White were too. Signing Daunte Culpepper didn’t work out and neither did trading for A.J Feeley. The cold hard truth is that Miami has been incapable of finding its next great signal-caller for nearly two decades.

So again, Tua Tagovailoa, no matter what.

Now don’t get me wrong, there’s plenty to be worried about. For starters, good things don’t happen to the Dolphins. Next, there’s a possibility that Tagovailoa could never be the same again. But I’d much rather Chris Grier take a risk on greatness than sit idle as this franchise has done in the past. IF, Tua is the quarterback this team has truly coveted since the beginning of the year. IF, he’s the QB that this front office-assembled with some of the top GMs in all of football-believe is the guy, then you do whatever it takes to make it happen.

I can’t pretend to predict what a trade might cost. After all, in 2012 the Redskins gave up 3 first-round draft picks and a second, to move up four spots to draft RG3. And according to Jimmy Johnson’s prehistoric trade chart, Miami would only have to give up the #39th-overall pick in 2020. I hate to the bearer of bad news, but it is going to cost a whole lot more than a second-round draft pick.

But what if Tagovailoa isn’t their guy? What if the team prefers Jordan Love, Justin Herbert, or one of the immensely talented QBs in the 2021 class? Personally, I couldn’t fault Miami, if they truly felt that strongly about one of those prospects. However, for a guy that has watched all of these QBs play. For a guy, that thinks he knows what the Dolphins covet in a franchise QB. I think Tua Tagovailoa is their guy.

In the end, one of the 32 NFL teams will take a risk on Tagovailoa. Whichever team does, will be getting a player that completed 474/684, 7,442 yards, 87 touchdowns, and 11 interceptions over his collegiate career. A player that has proven time and time again to be everything a franchise is looking for in a QB. Prior to the injury, Tagovailoa appeared to be the frontrunner for the Heisman and the best QB in college football. He may not have won the Heisman, but I still believe he is the best QB in the country. And for a team in dire need of a franchise QB, you do whatever it takes to get your guy, no matter what!

This article was written by Josh Houtz (@Houtz) and he thinks the Dolphins should complete the Tank for Tua. Photo Credit Matt Smith @TheYea