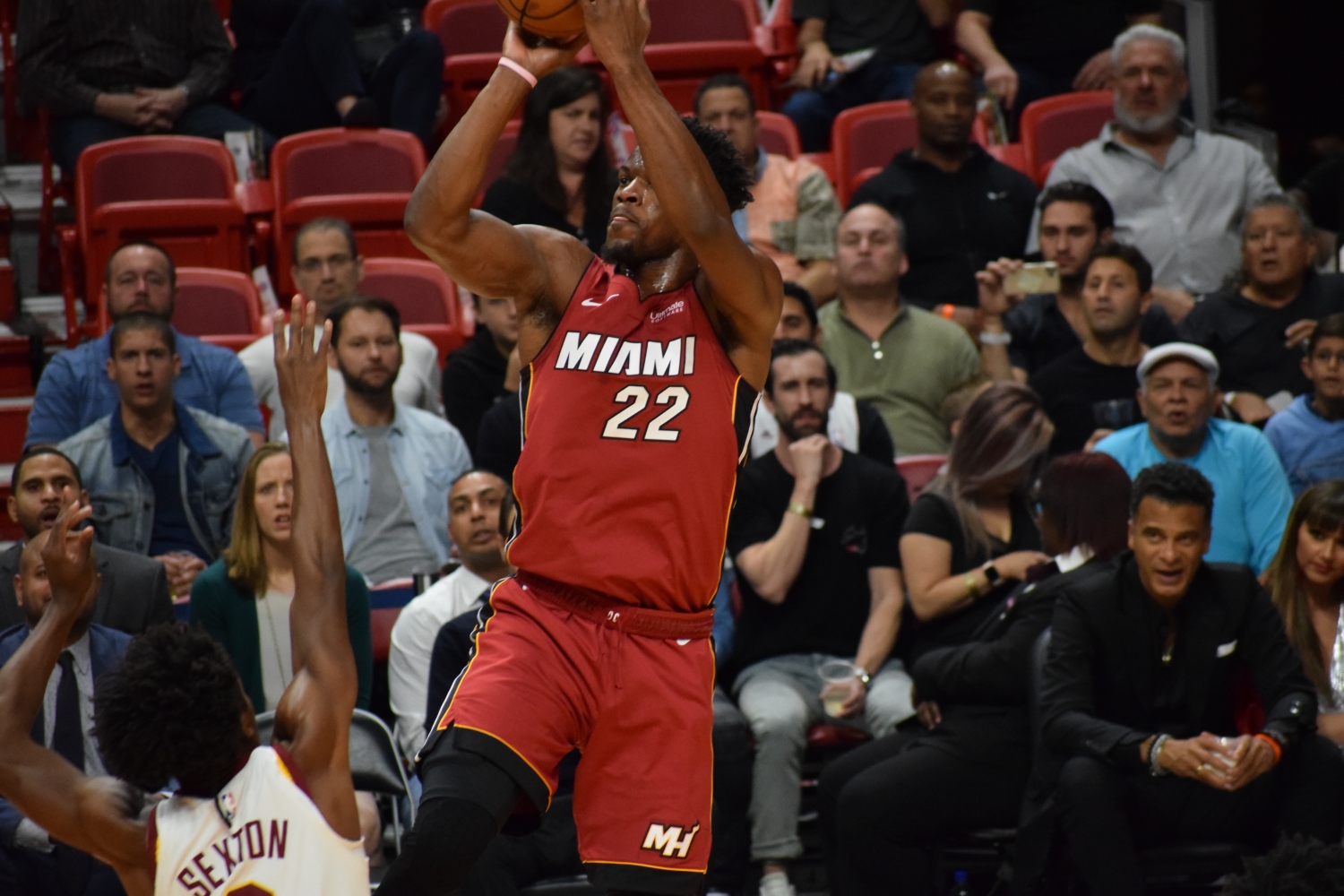 There’s been a weird thing going on with the Heat’s offense this season. As of this morning (December 16th), the Heat rank in the top six in field goal percentage, three-point percentage, true shooting percentage, and assist rate. Teams that score that efficiently and share the ball that well generally rank better than 10th (which is fine!) in offensive rating.

Those teams generally don’t turn the ball over like the Heat do.

Their preference – and at times, reliance – on half-court cuts lead to some ambitious passing. The Heat currently rank 29th in turnover rate (16.7 percent), only ahead of the Atlanta Traes (16.9). That’s partly why their offensive rating was five points higher than their season average, despite their true shooting percentage being a shade lower than their normal average.

Surprisingly, it’s easier to score when you maintain possession of the ball.

On Thursday, I asked Derrick Jones Jr. where he was most comfortable on defense. Does he like hounding guards? Tracking like-sized 3s? Roaming as the weak-side helper at the 4?

His response: wherever the team needs him. He called himself “positionless” and said, matter-of-factly- that he can “guard 1-through-5.” It’s hard to argue with him after the week he just put together.

It started with him getting the Trae Young assignment on Tuesday.

And thennnnn he got to bang with Kristaps Porzingis on Saturday.

Jones Jr. still has hit warts on that end. The angles he takes when navigating pick-and-rolls still leave a bit to be desired. True post threats can give him the blues; Anthony Davis took his lunch money on the few possessions he defended him on Friday.

All in all, it’s hard to complain about the work Jones Jr. has done defensively. He’s clearly improved. That, along with the organized chaos he provides as a transition threat and offensive rebounder, gives him a clear path to closing minutes.

Jimmy Butler is finally starting to find his groove as a scorer. He’s up to 21 points per game after a conservative start to the year. The jumper hasn’t really come around yet, but he’s compensated by taking it to the rim. Over and over and over again. Much like Goran Dragic, Butler has a way of dislodging defenders with a subtle shoulder check:

Butler hasn’t been as successful at the rim as he has been in other seasons. His 64 percent clip inside of three feet is the lowest mark he’s posted since the 2016-17 season. However, the sheer volume of his drives — 15.5, via Second Spectrum — is the highest it’s ever been. He averaged 19 drives this past week and averaged 8.3 free throw attempts as a result.

Those drives do come at a cost. He’s been exhausted at the end of games and has said as much. Dead legs aren’t going to help an already-shaky jumper get back to form, particularly the pull-up jumpers he likes to take. For now, Butler is willing his way to the hoop — and willing the team to close wins.

3. Struggles from the shooters

I wrote my formal apology to Tyler Herro last week. So of course, he proceeded to forget how to shoot. His three games since that piece: 8.7 points on 10.7 shot attempts, and a 25 percent clip from deep to boot.

Clearly this is my fault.

The shooting will come around; he’s taking mostly good shots, the footwork is fine. There seems to be a slight hitch in his gather, but that may be some slight fatigue-based compensation. If we could revisit Friday’s contest against the Lakers, there is one thing that seems worth discussing.

The handle, while improved, isn’t quite there yet.

Avery Bradley has his shortcomings as a defender – small, isn’t super versatile because of it, whatever – but he’s an absolute menace at the point of attack. Bradley routinely picked up Herro 70-or-so feet from the basket to disrupt his rhythm and it mostly worked.

Herro didn’t display the burst needed to get by. His go-to escape move, a spin to either direction, was a bit sloppy and didn’t create the separation necessary to reset. This was probably his best rep of the night:

That will get cleaned up over time, though the degree of that cleaning-up process is still up in the air.

On the other end of the spectrum is Duncan Robinson. While he hasn’t had a blip in shooting – he canned 51.6 (!) percent of his threes on 10.3 attempts – there has been a drop in quality on the other end. Robinson had been surprisingly “fine” on that end, but the clips of him failing to track shooters or navigate screens are starting to mount.

These are both missed shots, but the process here … isn’t great:

As long as he continues to shoot like a literal Splash Brother, it’ll be easier to overlook his defensive shortcomings. If that shooting starts to slip, his productivity on defense will need to rise to compensate.

Miami’s post-split action has been giving teams fit all year long. This rep is no different:

The play kicks off with Bam Udoh – er, Adebayo – and Tyler Herro crossing paths. Herro sets a screen for Adebayo, hoping to create an easy bucket underneath. It doesn’t work, so the action continues. This time, Herro sets a down screen for Kelly Olynyk, putting the defense in quite a bind.

Do you fight over the screen and risk Herro springing free for a three?

Do you switch it and create a small-on-big mismatch for Olynyk?

That’s the beauty of using guards that can shoot as screeners in actions like this. Unless you have a switch-y big man, there’s no real way to prevent a mismatch from being created. This is straight from the Steve Kerr handbook, with Herro operating as the Heat’s version of Stephen Curry.

Herro sets a darned good screen The defense freezes, allowing Olynyk to spring open. Adebayo delivers the goods, as he has been all year from that spot.

Guts Check: Bam Adebayo has No Ceiling
Scroll to top