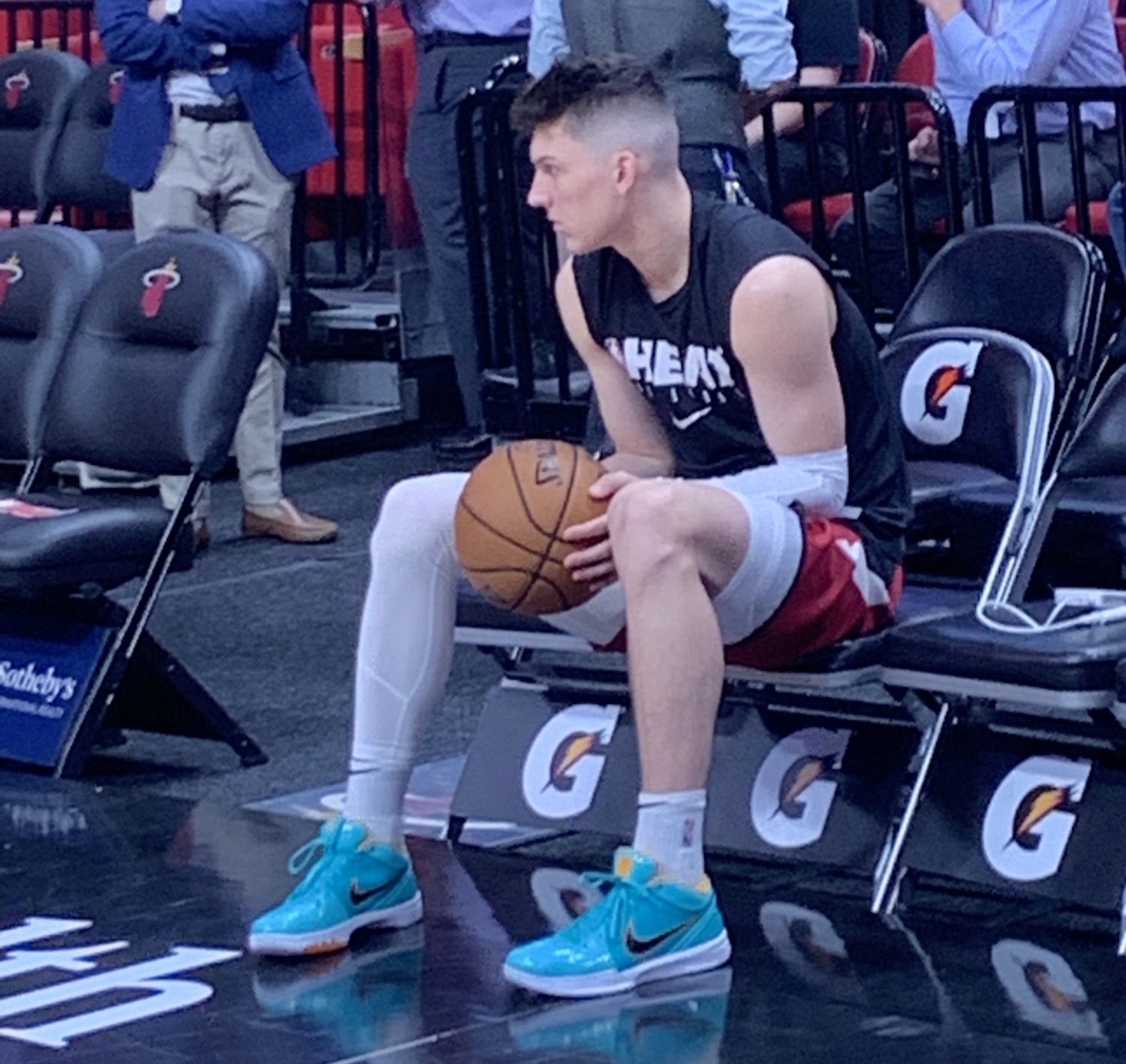 Hi, hello, is this thing on?

My name is Nekias Duncan, and I was wrong about Tyler Herro.

It’s typically unwise to have any definitive opinion on rookies, but this one seems pretty obvious.

To say that I was vocal about my displeasure of his selection would be an understatement. There may or may not have been discussions of a shift to Hawks coverage.

I made the mistake of hammering home Herro’s weaknesses and underselling his strengths. I didn’t take his “prove the haters wrong” ethos seriously enough; it’s especially egregious for two reasons.

1) This feature from Bleacher Report’s Mirin Fader laid out Herro’s background beautifully. This isn’t your typical bookmark-a-tweet-for-motivation guy; he’s shrugged off death threats and vandalism from a young age.

2) After the brief stint of mediocrity the Heat went through, and the success of the Bam Adebayo pick specifically, the Heat zeroing in on Herro the way they did should’ve been a clear sign that they saw something special.

That didn’t stop me from being upset with the pick. The takes I let fly on draft night were laughable at best, cringeworthy at worst. They’re going to be laugh fodder for quite some time. Honestly, it’s well deserved.

It’s so well deserved, that I’m going to make the job a little easier for everyone. I took the “pleasure” of listening back to the draft night pod I did and transcribing everything I said. I will not bore you with all of the “come on, mans” , but I will gladly own up to the biggest things I got wrong.

Think of this piece as The Laughing Pad instead of The Launching Pad.

(Direct quotes in bold, analysis underneath.)

Like, he hasn’t shown – I mean he went to Kentucky, so obviously that plays a part – but he hasn’t shown flashes of being a real creator. So I don’t understand what they saw.

For the sake of clarity, it’s important to note that I was speaking through the lens of potential star potential. From the limited amount of Kentucky I had seen at the time, Herro did not seem like a true break-you-down prospect,

Of course, my view lightened a bit once I saw more of him. That led to me writing this piece on his offensive upside, and then somehow coming away more impressed after Summer League play.

Tyler relocates well and can hit spot-ups. He’s not flinging off-balance threes like Wayne [Ellington] was. And maybe he gets there when he improves the footwork, but if that’s the upside, it doesn’t make sense. Miami needs shot creation – sign a shooter.

Technically true! Herro isn’t hitting threes with the finesse that Ellington did. He does a much better job of establishing his base, and is better shooting off the dribble than Ellington was.

Herro has shown comfort getting himself out of jams, favoring a mean right-to-left stepback jumper. Via Synergy, he’s generating 0.96 points per possession on off-the-dribble jumpers, placing him in the 63rd percentile. Second Spectrum’s tracking data has Herro at 15-of-28 (53.6 percent) on stepbacks, with a 4-of-10 clip (40 percent) on stepback triples.

Also, it turns out the Heat didn’t need to sign a shooter. Duncan Robinson (42.5 percent on 6.5 attempts) has more than filled that slot.

If you’re going to take a flier, take the flier on KPJ (Kevin Porter Jr.) and hope that he can create.

Here’s how these two stack up in isolation + pick-and-roll creation.

Neither are great marks, and it’s worth noting the difference in .. um .. team quality. The fact remains that Herro has been better, and the gap widens (at least statistically) once you factor in passing (0.924 PPP vs 0.787 PPP).

If you’re gonna take a 6’5ish guard that can do some stuff, take Nickeil Alexander-Walker if you’re gonna go that route. At least he can create some in pick-and-roll. He’s not a great athlete, but he has some length.

More numbers, shall we?

Oddly enough, both players entered this year’s draft with finishing questions. Herro’s lack of length was harped on by yours truly, while NAW’s lack of vertical pop was a cause for concern.

Through the early portion of the season, Herro has been below average (52.8 percent at the rim, via Synergy), while NAW has been outright dreadful (39.5 percent).

As much as I got harped on for the Brandon Clarke love because of his 6’8 wingspan, Brandon Clarke is the second best athlete in the draft. Who *also* has ridiculous IQ defensively. So at least there’s a path to making that work. What does Tyler do [on that end]?

Rebound. The answer is rebound.

There are other things to note. Herro has been mostly fine as a positional defender. He’s generally where he needs to be off the ball, tracks pretty well over screens, and has the dig-and-recover sequence down when enemies attack the basket.

His ability to end possessions is just not something I saw coming. “Gritty” is generally a white-flavored buzzword, but he genuinely doesn’t mind mixing it up for tough boards.

Do the Heat want to throw Herro on elite scorers with regularity? Probably not. Practice stories and an impressive showing against Devin Booker aside, Herro does struggle to contain quicker guards off the dribble.

But were his defensive shortcomings a bit overblown? Probably so. He’s smart, physical, and helps the team end possessions. The flash plays are nice when they come, but he’s ultimately done his job.

Oh … I would take Rui [Hachimura if available]. Again, the bar is the floor, but also .. man that’s tough. If Tyler had an average frame, then you could say ‘well Kentucky normally compresses their guys’ roles and he can already shoot some, so maybe he has some hidden playmaking ability and he can be fine on defense.’ But the guy has a 6’3 wingspan. Like, he has alligator arms.

2) Even with the caveat that Rui has been a little better than expected, that’s … oof. The phyiscal tools are tantalizing, but he’s been a not-at-all-insignificant part of the Wizards’ historically bad defense.

3) Every single one of those Kentucky caveats were true, even with the “alligator arms.”

I did this with Bam, so obviously I *want* to be wrong. But, like, nah. This is different than the Bam pick.

It’s quite different from the Bam pick for a very specific reason: Herro has shut me up with a lot more force.

Adebayo has been incredible this season, placing his name firmly in talks for the Most Improved Player award, the Defensive Player of the Year award, and the All-Star team.

Herro has been, at the absolute worst, the third best rookie in this year’s class. Winning Rookie of the Year isn’t out of the question, especially if Zion Williamson doesn’t see the floor much this season.

The Heat have nailed back-to-back end-of-the-lotto picks and I didn’t like either of them at the time of their selection. Either I’m an incredible jinx — maybe! — or this organization deserves a lot more credit (and faith) for their ability to scout.

Season Ticket: This Miami Heat start is real… and spectacular

Guts Check: Put Away the Trade Machine
Scroll to top