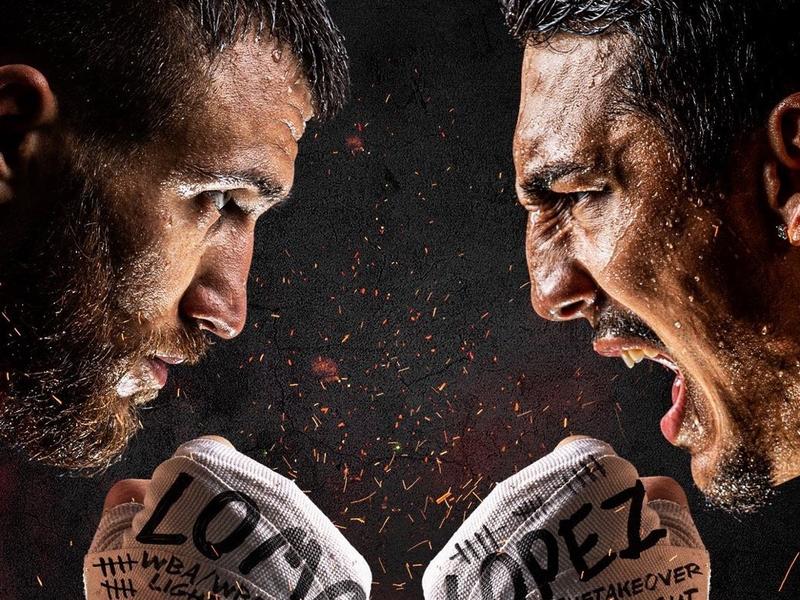 The lightweight division in boxing is not known for it’s “Super Fights”, as the division has usually been a wait station for young lightweights making their way toward paydays in the Welterweight division. But in this case, we have one guy in Teófimo López, the hot shot young star who may make a run at a division or two higher, due to his frame, and another in Vasyl Lomachenko, who is a throwback to great lightweights of years past in Pernell Whitaker and Roberto Duran, combining slick boxing with killer punching power.

The contrast in styles is stark and will make for an action fight, unless too much respect is paid. López, puts straight punches together, as well as any on the division, his power punching is consistent and accurate. His flair and showmanship as what sells him as well, but make no mistake, it’s his killer instinct that has gotten him here.

For Lomachenko, it’s his pure boxing skill, and his next level anticipation, of incoming combinations, that allow his creative counter punching. “Loma” is the rare unicorn in boxing, where by his pure boxing style entertains, for it’s pure mastery. The difference between “Loma” and a Floyd Mayweather for instance, is that Loma is slick, and skilled offensively, while Mayweather’ built his legend on his defensive prowess.

How does Teófimo López win?
He is 23 years old, and “Loma” is 32. For one, you can hope the age difference works in López favor, in energy and strength. Realistically, Teófimo must crowd Lomachenko as often as he can, and he must use his jab to steer “Loma” into range to be able to crowd him. It is clear to all who have seen both guys fight that López cannot win a “points” battle with Lomachenko as Lomachenko, is an expert at winning exchanges, and anticipating combinations from range. So you must get rid of that range and turn this into a brawl, then use your youth and punching power to beat Lomachenko in closed quarters, getting a finish to the fight within the 12 rounds/win the judges over with your aggressiveness.

How does Vasyl Lomachenko win?
Being a southpaw and facing a power punching conventional fighter, Lomachenko must resist the urge to circle and jab left. “Loma” must step right and into exchanges by first throwing range finding jabs, to keep the fight at a distance. Pace will be important as well, and bailing out of López in-fighting exchanges will be key. Keep moving right and reset after your combinations. Repeating these patterns should frustrate the young challenger into possibly opening himself up for the right combination, that could lead to a TKO.

All Odds cited are via SPREADS